• How to find time for Wil Anderson, Trevor Long tells it like it is

Sly of the Underworld turns to podcasting 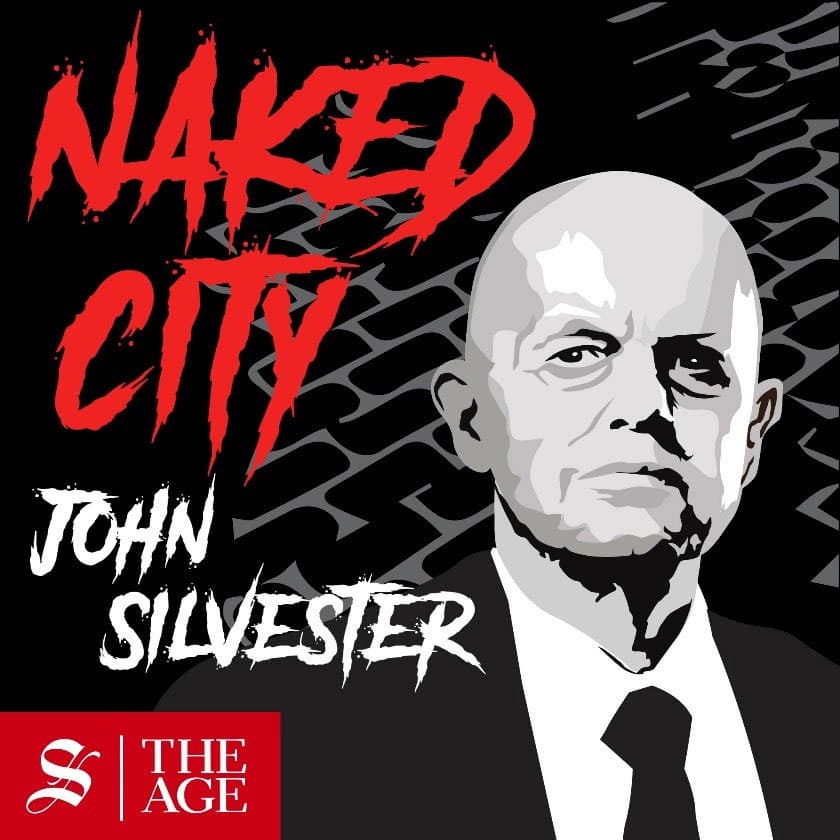 Australia’s longest-serving crime reporter, John Silvester, is taking listeners on a deep dive through his 40 years of dealing with the nation’s most dangerous criminals in Naked City, a new eight-episode podcast for The Sydney Morning Herald and The Age, which launched this week.

Naked City sees Silvester, Walkley Award-winning crime writer, columnist and co-author of the best-selling books that formed the basis of the hit Nine/Screentime series Underbelly, returning to the gangland wars and delving into the huge archive of tapes and interviews spanning his four decades of outstanding crime reporting.

Silvester, better known to an army of listeners to 3AW’s #1 Melbourne breakfast show as Sly of the underworld, said: “I have been covering crime in Australia since 1978 and in the Naked City podcast I will take you deep into my world, where you will hear from the key players in some of our most notorious and infamous cases.

“We will go inside the world of bikies and hitmen, expose the case where the convicted killer was not the one who launched the fatal attack, and reveal the hidden twist in the case of Great Train Robber Ronald Biggs.”

Nova’s former head of podcasting, and GM and PD at Brisbane’s Nova 106.9, Jay Walkerden left the business suddenly earlier this year. Since then he has been growing his own podcasting business. The boutique audio business is called Podshape and has launched with two podcasts with Walkerden both hosting and steering the company.

After working in Australian and UK radio for close to 30 years, Walkerden is telling potential clients: “Private podcasts are a way to share business news and company goals, inductions or they could be used as a culture building exercise. We have tailored packages to suit your needs from small scale start-ups to large scale brands.” 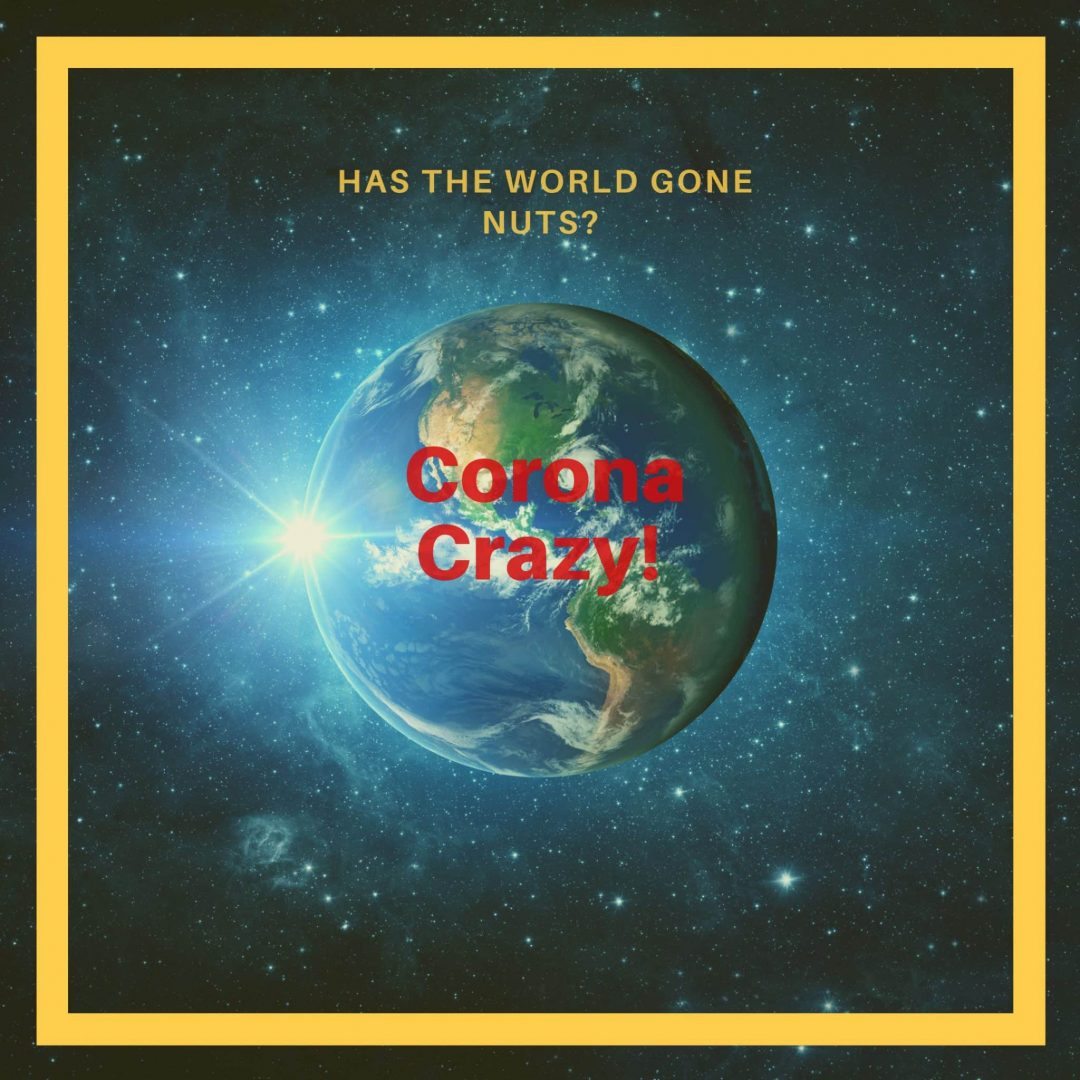 Podshape launched with a short five-minute podcast called Corona Crazy hosted by Walkerden. A more recent release is called My Dad and Son are Missing and tells the story of two members of the same family who disappear within nine days of each other in Australia in 2016. In June 2016, 71-year-old Robert Dickie disappeared from his home near Dubbo under suspicious circumstances. Just nine days later Dylan Dickie, Robert’s grandson also disappeared.

Over six episodes Damien Dickie who is Robert’s son and Dylan’s father recounts the horrible moment that he learned that his dad was missing and then just nine days later his only son also went missing. Walkerden, who narrates the podcast, said: “Our aim with this podcast is to shine a light on this heartbreaking story and hopefully raise awareness of Robert and Dylan’s disappearance and maybe one day get some closure for Damien and his family.”

Listen to My Dad and Son are Missing here. 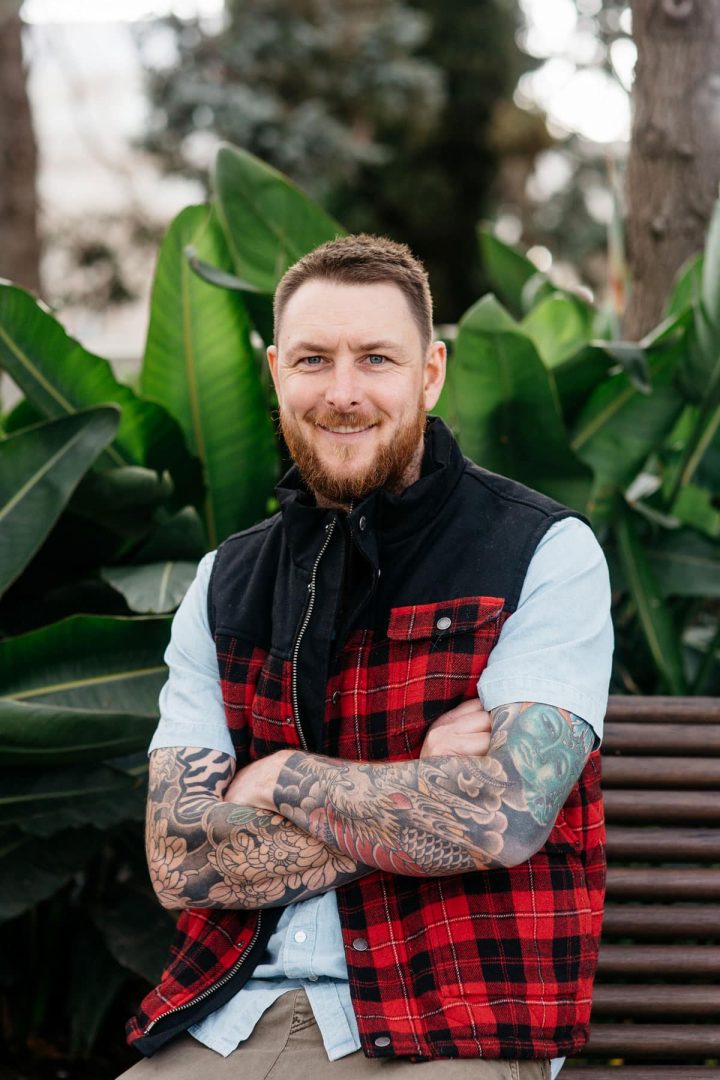 Crocmedia is adding two new podcasts and a radio show to its stable – the first is The Sport of Gardening hosted by Dale Vine and SEN’s Jane Nield.

In-keeping with its title, each week will feature an interview with a sporting legend – episode 1 will feature a chat with AFL legend Terry Wallace – discussing his driveway paved with bricks he managed to “acquire” when old buildings at the Whitten Oval were demolished. On episode two, Vine chats with broadcaster Sandy Roberts.

The show will be delivered as a podcast every Friday and will follow as a radio show across eight SEN or SENTrack stations on Sunday mornings from 8- 9am.

The Sport of Gardening will have an initial 8 week run – commencing with the first podcast drop this Friday 24th April and is aimed at connecting with and inspiring listeners as they face more time in their own homes to get out into the garden and take on simple, DIY projects.

A former contestant on The Block with wife Sophie, Vine runs his own landscape business called Dvine Scapes. In 2019 he released his first book, Outdoor Reno Guide which features DIY Garden renovations on any budget.

Nield is Crocmedia’s partnerships manager and producer of their podcasts Don’t Shoot the Messenger and The Sounding Board.

The second new release is from SEN’s Sam Edmund who hosts the AFL podcast series Uncovered, going behind the scenes of the biggest stories and scandals in VFL/AFL history. Edmund is chief sports reporter for Crocmedia and writes for the company’s weekly publication AFL Record. He can also be heard on SEN 1116 and he hosts the weekly TV show The Oval Office on Nine.

Listen to The Sport of Gardening here.
Listen to Uncovered here.

Robin Bailey and Monique Dews keep up with corona 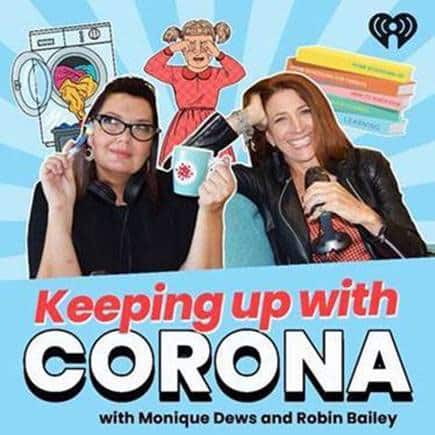 Monique Dews said, “As both mums and broadcasters, Robin and I have a unique take on the corona madness. We’re covering off on all the corona news you need to know, but also getting into the nitty-gritty of family life in iso, and how to manage it. We want to deliver a positive spin on the daily challenges, and a few laughs. I call it ‘isolation appreciation’.”

Robin Bailey added, “Many people will be feeling out of control during these uncertain times, and we’ll be sharing tips and tools, based on our experiences.  Monique and I will also offer advice on beating the boredom during lock-down, which will be invaluable to any parent! We’re looking forward to sharing our journey with families across Australia.”

ARN’s commercial product and audio partnerships director Corey Layton said, “Podcast consumption for coronavirus content has increased alongside a demand for light entertainment, and this new podcast delivers both. ARN continues to curate and create the most informative and entertaining podcast offering through the iHeartPodcast Network Australia. The new Keeping Up With Corona podcast will provide a much-needed space to discuss the topics that matter to families during these uncertain times.”

Listen to Keeping up with Corona here.

• The new episode of the Hamish & Andy podcast this week was recorded in the house of Hamish with the extra-safe distance of 2.5m between the hosts.
• The Howie Games season 7 has had some cracking episodes including a three-part (!) interview Howie had with international cricketer, academic and now broadcaster Isa Guha.
• The most recent episode of Greta Lee Jackson’s Fail podcasts features the very busy broadcaster, and new member of the PodcastOne family (via The Briefing), Jan Fran on her most embarrassing professional fail.
• Another good listen is the Rusty’s Garage episode that features host Greg Rust speaking with racer and broadcaster Neil Crompton.

After stints living in Sydney and then Melbourne more recently, Wil Anderson recently relocated to regional NSW near Byron Bay. He told his podcast listeners recently though he has never been busier keeping his four regular podcasts pumping out new episodes. After ending his Triple M Melbourne gig and having his 2020 live shows cancelled, Anderson is telling listeners to Wilosophy now would be a good time to donate via Patreon where he currently has 436 patrons. You would need some serious time on your hands to keep up with Anderson’s output.

Wilosophy released five episodes in April with a total running time of close to eight hours including multi-episode interviews with Neroli Meadows, Em Rusciano and Briggs. Don’t miss his March interview with Melbourne breakfast host Christian O’Connell, but set aside just over two hours for the chat.

Tofop with Anderson and Charlie Clausen meanwhile sticks to a regular weekly cycle too with most episodes close to 60 minutes.

Meanwhile Fofop, the alternative Tofop with guest Charlies, is less regular with two episodes in April.

The AFL lock down is giving Anderson and Clausen a break from their weekly sports podcast 2 Guys 1 Cup, however they managed to get up one episode in April – The boys discuss the absence of the 2020 AFL season and the lack of football in general due to the COVID-19 pandemic, and read listener mail to keep themselves entertained.