Sarah Grynberg has been executive producing the Hamish & Andy podcast since it started just over two years ago. She also produces PodcastOne’s true crime podcasts with Adam Shand.

After their summer break, Hamish & Andy returned in March which was their biggest ever month of downloads.

The duo haven’t referenced the COVID-19 crisis at all until recently when they explained they were recording as many episodes as they could at once ahead of what could be varying degrees of lockdown. “We love doing this show as an escape, and we deliberately aren’t mentioning the coronavirus situation,” they told listeners. 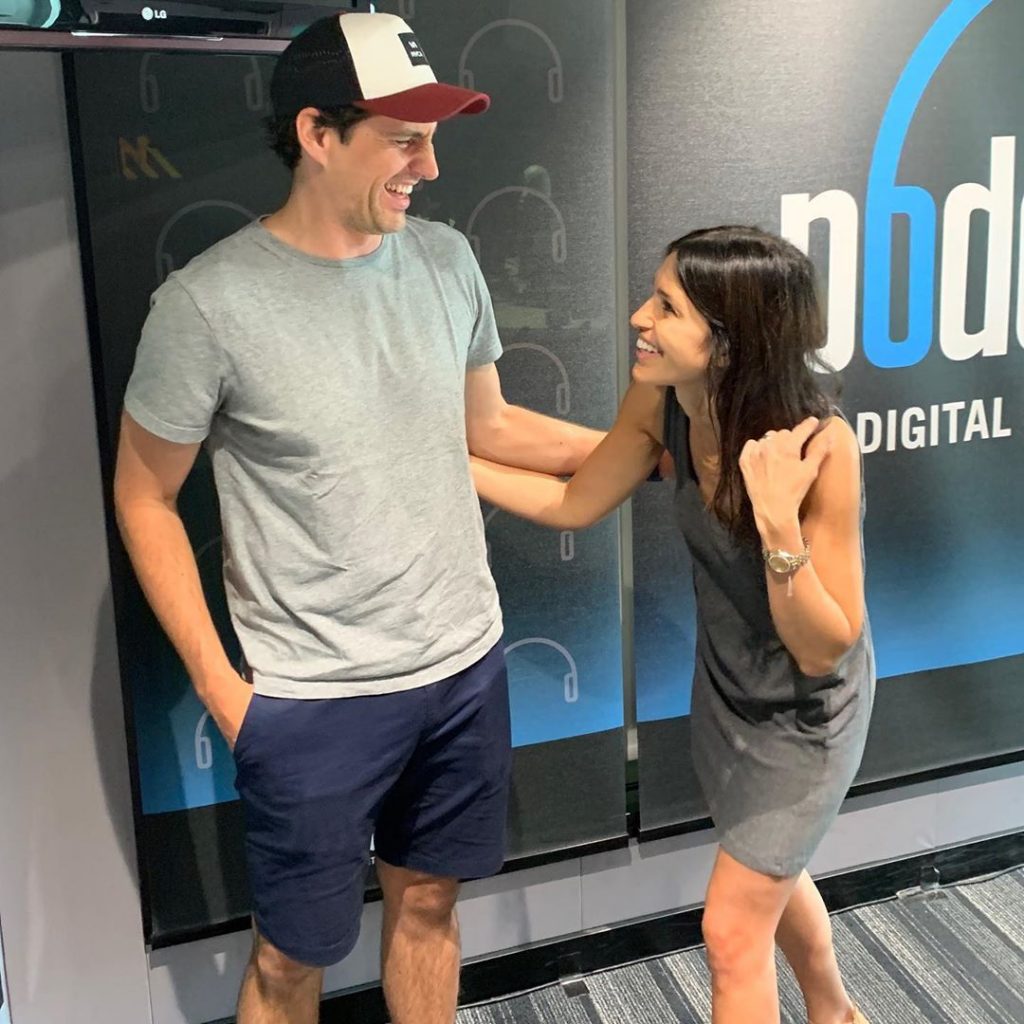 As to working with the radio-turned-podcast legends, Grynberg said.

“It is completely laid back, but as the same time we all work really hard. It is a big show, with amazing stunts and a lot of listener engagement because it is still the people’s show. When we can we fly people in from interstate to show off their special skills.”

The show is not unlike a radio production in that it has planned segments, the difference being podcasting gives the hosts more freedom to be creative.

The podcasts very rarely have guests – Amy Shark appeared on episode 59 over halfway through 2019 and she was the first guest for the year. “We try and keep it as evergreen content so linking the show to specific events doesn’t always work,” said Grynberg. “We don’t always say ‘no’ to guests, but the content has to fit the show.”

One of the trademark segments are the shout-outs from fans all around Australia and the world. “Anyone that has a beautiful greeting is played at the start of the show.”

Grynberg’s relationship with Hamish and Andy has enabled her to interview them both separately on her own podcast, A Life of Greatness.

The hosts attract listeners from all over who listen for a laugh. After explaining how some people use it as a release from sometimes stressful lives or stressful situations, Grynberg said: “It is a comedy relief for people, some of them whose lives can at times be hard. It gives back in a way you sometimes never would have expected.”

A not-so-secret weapon on the podcast is long time Hamish and Andy collaborator Jack Post, now a radio star in his own right as part of the team at Melbourne’s #1 FM breakfast program, The Christian O’Connell Breakfast Show. “Jack is a great guy, really hilarious, and very quick as well. It is wonderful having him on and he’s an integral part of the podcast.”

Trying to explain the Hamish & Andy phenomenon isn’t easy. Grynberg said: “People don’t get places just because…You get places because you put good out and good is received. They have a fabulous way of being and they have achieved things because they are constantly working hard and being down-to-earth. They are sharp and don’t miss a beat on anything. They are so approachable and absolutely amazing to work for.” 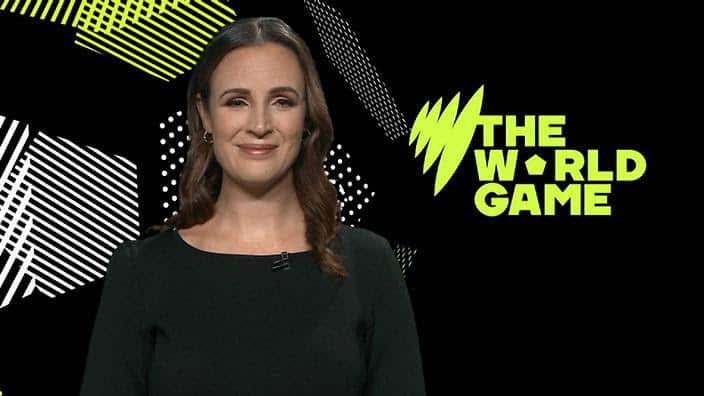 It’s not strictly a podcast, but perhaps close enough for inclusion here. SBS broadcaster Lucy Zelic is now hosting a weekly football show called The World Game on Instagram. Zelic is joined by The World Game journalist and content creator Nick Stoll at 1pm on Wednesdays.

Watch The World Game here on the Instagram app. 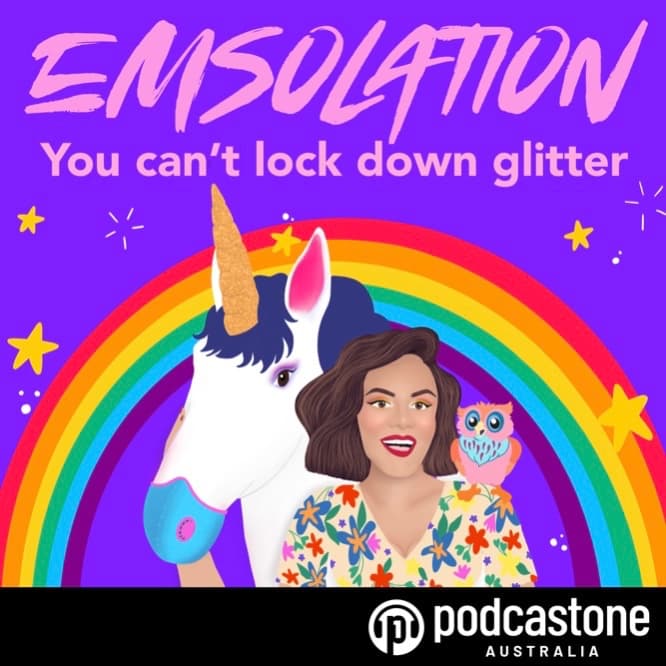 In this period of isolation, it just might be time to get a glass of wine, zone out and listen to Em Rusciano’s new podcast series on PodcastOne Australia.

Called Emsolation, Rusciano will be channelling some of her excess energy into light relief with her best friend and screen writer of the hit TV show Offspring, Michael Lucas. Together, Em and Michael will discuss the outrageous music, TV and online purchases getting them through this strange time. 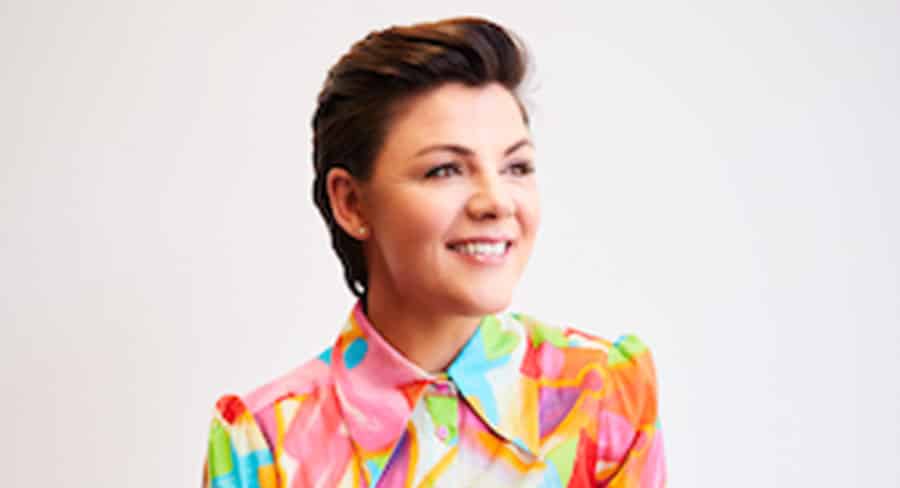 Team Rusciano also includes her three dogs, baby and two teenage daughters, as well as her husband and performance coach, Scott, who will be offering advice on how to cope mentally while we’re all in isolation.

“I’m very excited to be doing this podcast,” said Rusciano. “I’m hoping to provide a small pocket of escape and a bit of fun for people during these self-isolating times. It allows me to channel my energy as a force for good, rather than use it to criticise the way my husband chews his food.”

SCA head of podcasting – PodcastOne Australia, Grant Tothill, said: “If you want to get some real relief from your isolation with campy monologues and diva dissections that you didn’t know you needed, listen to Em in Emsolation.” 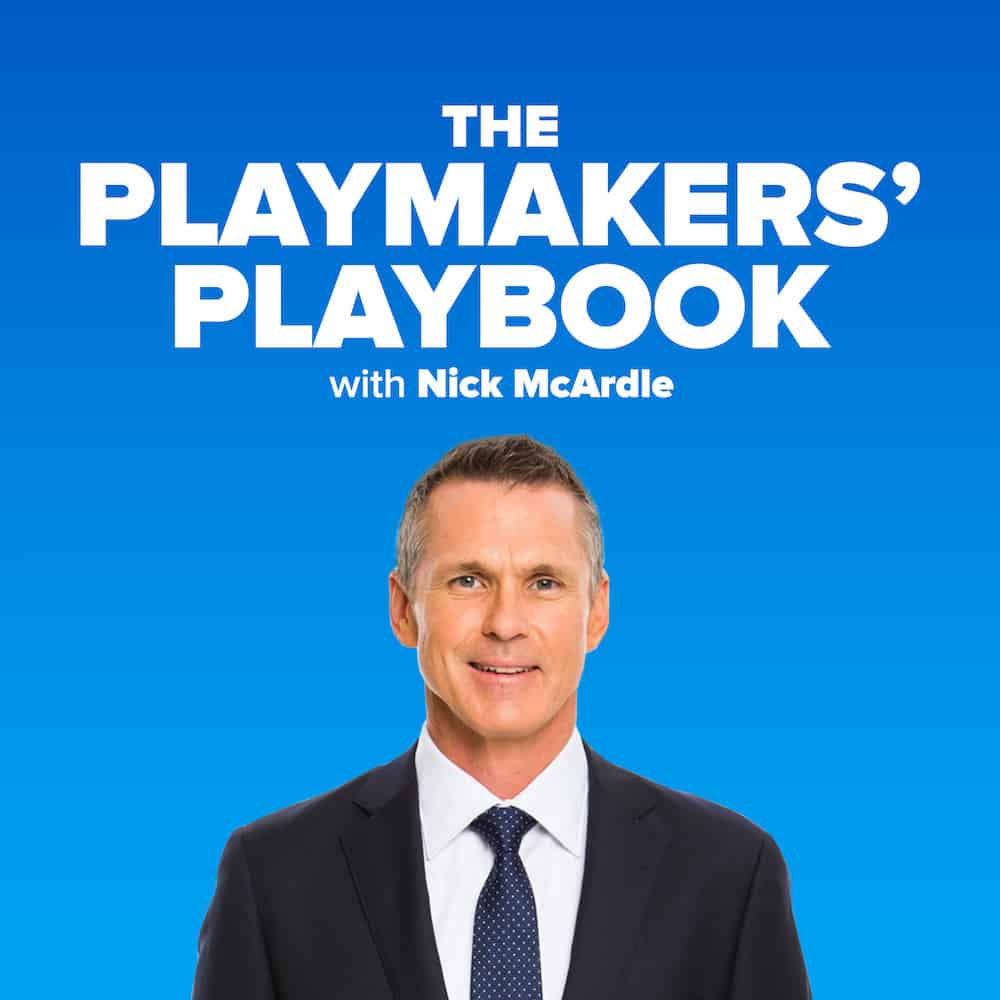 Economist and former politician Craig Emerson has joined Adam Peacock to discuss how our politicians work through a crisis like COVID-19 in the latest episode of Peacock Politics.

In a new episode of The Howie Games, Mark Howard catches up Kurt Fearnley. “An athlete with the rare mental strength to take himself beyond what most deem possible,” said Howard about the new episode.

Former Fox Sports rugby anchor Nick McArdle this week launched a new project he’s been putting together which he is calling The Playmaker’s Playbook. McArdle is putting his 30 years is sports broadcasting to use on his new podcast where he talks to icons of sport and the business of sport about leadership inside and outside the playing arena. The first episode was released on Wednesday evening and features Australian cricket coach Justin Langer who, among other things, shares some life advice he received from Kerry Packer.