ARN’s head of commercial audio and podcasts Corey Layton has been analysing the audience growth for listening on the iHeartPodcast Network this year…and it’s not all about people sitting at home with nothing else to do!

“We have been comparing all of Australia to Victoria and it shows wherever people are, listening has gone up by similar amount everywhere regardless if you are in or out of lockdown,” Layton told Mediaweek. “The data comes from over 900,000 devices and shows everywhere is up, up, up, which is great for the industry.”

One of Layton’s recent big launches was Christian O’Connell’s Stuff of Legends. “What that podcast does is demonstrate to Christian’s breakfast and evening audiences a different side to him. It also has the ability to push his podcast listeners back to his radio show. That ecosystem that brings people through via different types of audio is key.”

ARN is looking for different opportunities and ways it can keep its growth momentum going, said Layton. The quality of the guests is one of the things that Layton said made it an easy decision to launch Stuff of Legends. “Christian is so passionate about all forms of audio and he understands the differences between each medium and has adapted accordingly.”

Layton gets a lot of pitches for podcasts, so how does he decide which to greenlight? “We want to partner with people who are creating concepts that have a broad appeal, that will bring in audiences and provide an opportunity for brands to partner with those shows.”

Getting a brand on board early is now critical for success he noted.

Two genres impacted by Covid-19 initially were sport and crime, said Layton. “People wanted to find an escape and doom and gloom wasn’t what they wanted. Business podcasts also dropped. But since Covid first hit we have seen record highs across all genres – sport, business and finance, and of course crime, have all bounced right back.” 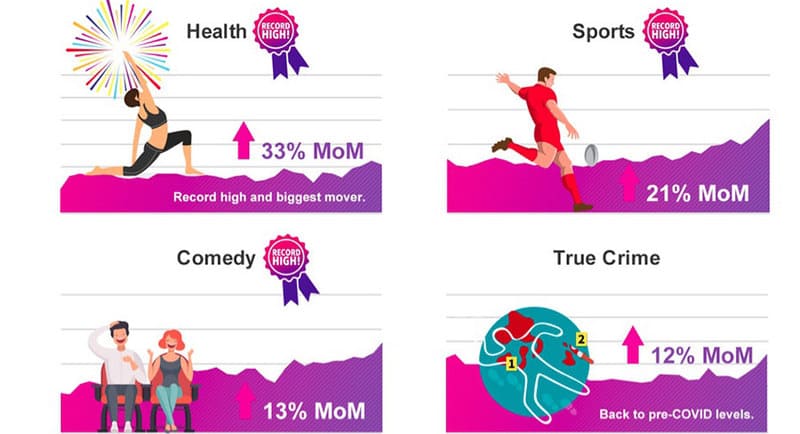 ARN Megaphone growth charts across four genres for 2020 until September

One of the most popular podcast genres is true crime. ARN’s Corey Layton told Mediaweek it can be a challenge to link brands to even some of the big series in the genre. “In this country, crime doesn’t pay. Brands feel, wrongly I believe, that by being part of a crime podcast links their brand too closely to what happens in it. But if you think of true crime podcasts more as investigative journalism, and the type of listener that appeals to, there are huge opportunities for brands that get overlooked.”

Layton noted that in the US crime podcasts have been very successful attracting brands, particularly direct response advertisers.

True crime remains one of the genres where it works well to release all episodes at once to give people who want to binge the opportunity, said Layton. “However, we know people’s audio diet is around six episodes a week, so sometimes staggering episodes is a better way to go.” 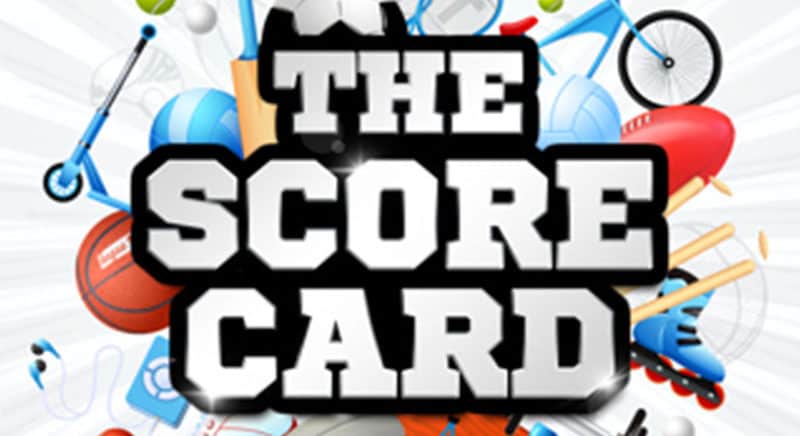 Triple M Sydney’s Liam Flanagan used to be best-known as the anchor of The Rush Hour with MG and Liam. He’s added to his skillset this week though with the launch of his own podcast, The Scorecard. The short five-minute episodes keep listeners across the biggest sports stories of the day.

Flanagan has been with Triple M for eight years, starting out driving Triple M promotional vehicles. He soon moved into production, called some AFL and then worked with Merrick Watts during his years on drive. Flanagan started on The Rush Hour when it launched in 2018.

“The idea for The Scorecard came after a chat with Sam Cav after I saw what PodcastOne was doing with daily programs,” Flanagan told Mediaweek. “There is a space for a daily sports offering that people can consume quickly each morning.

“It’s a bit of a cheat-sheet for people who don’t have enough time to keep up with all the big stories.”

The Scorecard is published daily by 7am in time for the morning commute. “Keeping it short allows people to consume it without setting aside a block of time.” Flanagan noted it’s not a deep dive into all the sports scores from the last 24 hours. “It is more about what are the sports talking points that day.”

Regarding his colleague on The Rush Hour, Flanagan told us: “MG is everything you hoped he would be and a bit more. He loves working on our show and he loves talking rugby league.” As to how the proud former Penrith Panther handled the Grand Final loss, Flanagan said, “He was really flat on Monday this week. But he is full of admiration for Melbourne Storm.”

Flanagan noted there is plenty of rugby league still to come this year with three games of State of Origin in November.

Listen to The Scorecard here. 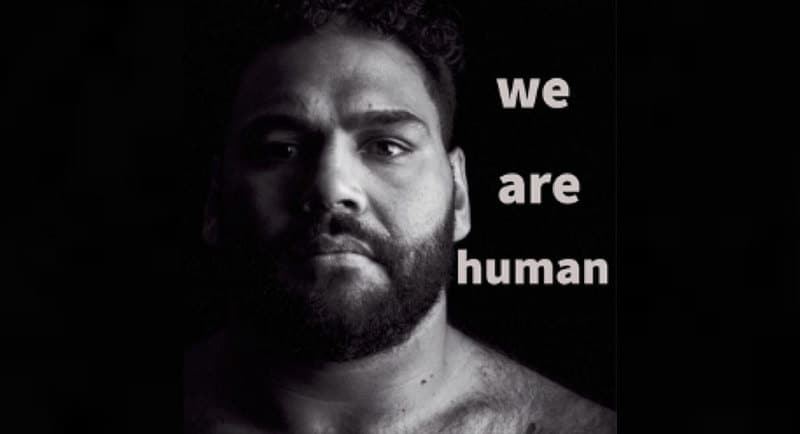 Jay Walkerden’s new Podshape business continues to add multiple series. The newest releases come as the Podshape celebrates 1m downloads of its growing catalogue. Among this week’s new offerings is a series from NRL legend Sam Thaiday who made the front page of The Courier-Mail when he opened up about his demons, not feeling good enough and even considering to end it all. Thaiday’s We Are Human details his battles with his own mental health and opens up about his struggles with not feeling good enough. He talks openly about suicidal thoughts as a young kid and how, after his football career is over, he has come full circle.

“The reason I wanted to do this podcast is because I want to paint a human element to some of the sporting superstars,” said Thaiday. “I hope by telling my story that it might help other people feel OK to share their story and seek help. Mental health is not just a fad that’s cool to talk about, it’s real and it affects everyone differently.”

Across the first four episodes Thaiday shares his story, from growing up in Far North Queensland in a multiracial family, his struggles with his own identity as a child with thoughts of not being good enough and whether anyone would miss him if he just ended it.

Listen to We Are Human here. 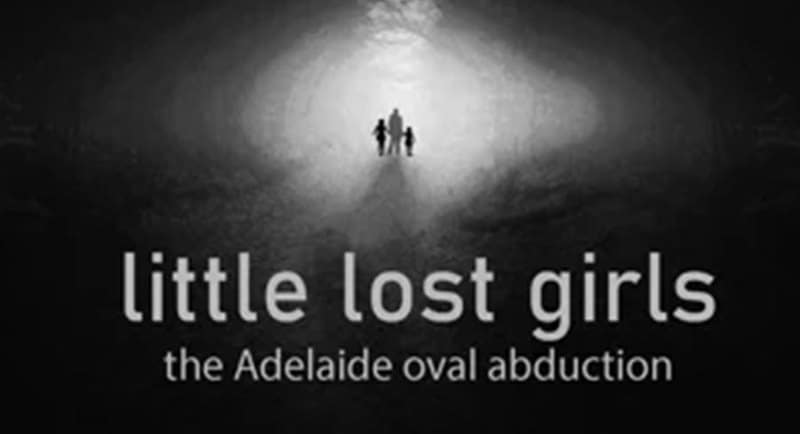 Also new from Podshape is Little Lost Girls is the story of Joanne Ratcliffe (11) and Kirste Gordon (4) who are two Australian girls who went missing while attending an Australian rules football match at the Adelaide Oval on 25 August 1973. Forty-seven years on Joanne’s sister Suzie is still searching for answers. In the six-part new true crime series listeners hear rumours of a child paedophile ring in Adelaide, possible connections to the Beaumont children disappearance, a $1 million dollar reward and the bikie who took on police to help solve this crime.

A new life for The Forgotten Mysteries 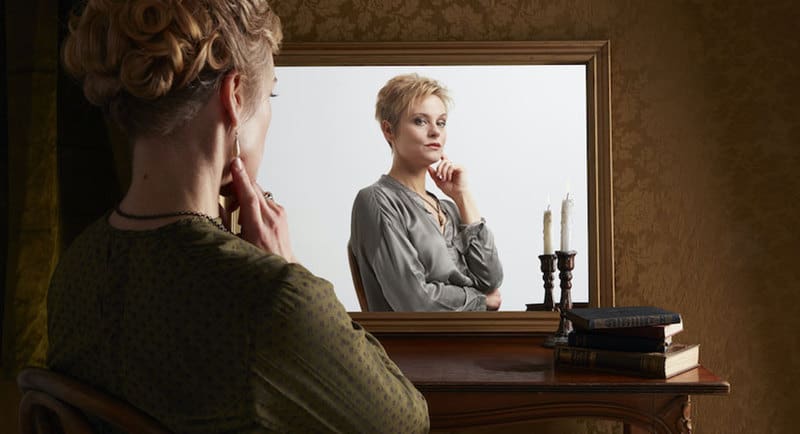 Nadine Garner and George Adams team up again on a new audio venture, The Forgotten Mysteries, a compilation of some of the finest tales of murder mystery and suspense authored by some of the most talented but near forgotten female murder mystery writers in history.

The tales, narrated by Garner and produced by Adams launches on The Forgotten Mysteries website as well as the Patreon platform on October 31, 2020.

“In these times of lockdown in Victoria, we started to explore ways to keep moving forward creatively and hit upon the idea of compiling a library of murder mystery tales dating from the 1890s through to the 1930s,” said Adams. “What intrigued us was not only how many female authors were published in that period, but also how many of their works simply disappeared from popular fiction.”

The Patreon platform, chosen because of its community ethos, will offer subscribers four different membership tiers starting at $3.99 monthly. The highest tier offers fans three monthly podcasts along with their audiobooks and the opportunity to chat with Garner and Adams. Fans will also get the chance to contribute to Garner and Adams’ own podcast Tall Tales and True.

New from ABC: Aussie stories, comedy/mystery and US politics 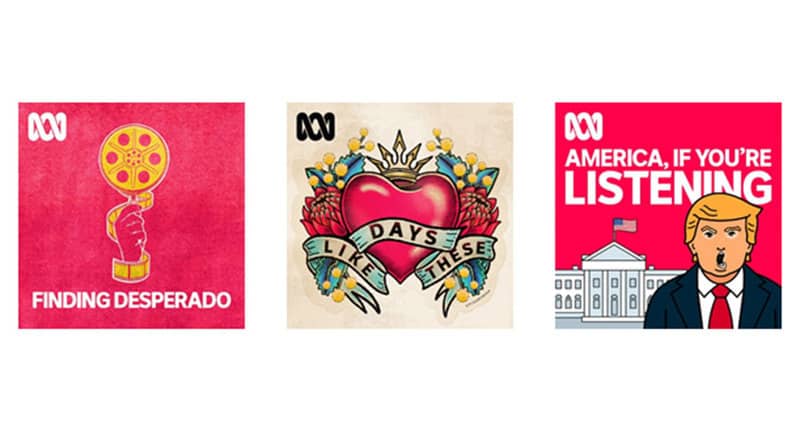 One of three new podcasts from ABC is a collection of real-life modern Aussie stories Days Like These. The series offers wild, untold stories from regular Australians. These are tales of our times…true stories of conquering adversity, triumph against the odds, short stories of love, loss and joy. Mike finds himself in possession of a discovery that has scientists clamouring for his attention. Cate keeps a secret through the darkest of nights during the Mallacoota bushfires.  Mahmood has to escape a bikie gang without losing his life… and for Spencer, a spontaneous kiss on a dancefloor in another country sparks two love stories and a miraculous birth.

Finding Desperado meanwhile is a brand-new investigative mystery podcast, hosted by comedians Alexei Toliopoulos and Cameron James – the team behind the much talked about Finding Drago.

Lastly, don’t miss reporter Matt Bevan on Donald Trump. With the US election taking place on 3 November, Americans will have their chance to elect Trump again. Has he lived up to the promises he made four years ago – to make America strong, wealthy, safe, proud and great again? In season four of America, If You’re Listening (formerly known as Russia, If You’re Listening), Bevan looks back on Trump’s greatest achievements, disappointments and disasters, and examines how they all fit together. The last episode of the current series will be out this weekend before the election.

Listen to them all via the ABC Listen app 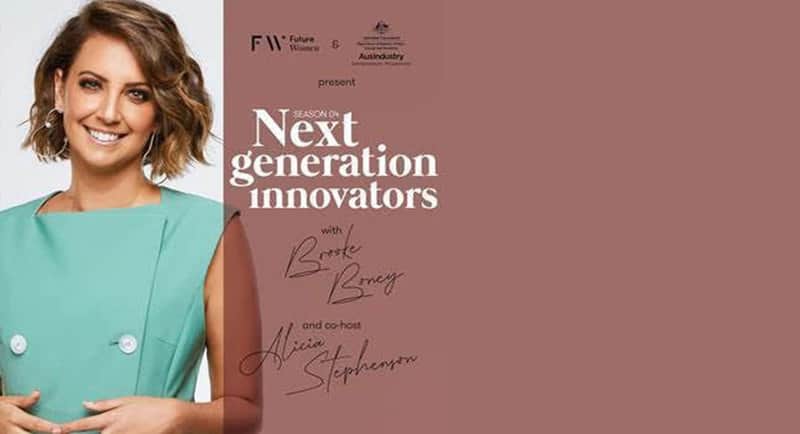 The podcast, now in its fourth season, taps into the stories behind some of Australia’s most successful entrepreneurs and how they’ve scaled their ideas into global businesses.

The podcast is co-hosted by Future Women’s chief commercial officer and Telstra Business Womens’ Awards winner, Alicia Stephenson, who has built numerous startups and sold her first at age 30. Alicia and Brooke delve into the ups and downs of start-ups – from ideation and development to investment and scale – uncovering the impact Covid-19 has had on guests’ businesses.

In the season’s launch episode, Brooke and Alicia interview journalists Michelle Andrews and Zara McDonald from Shameless Media about the success of their podcast and cultivating a loyal community.

Other episodes from the season include Opyl’s Michelle Gallaher; Sianna Catullo from Clothing the Gap; Julie Hirsch from Eloments Vitamin Tea; Jacqui Savage from Medcorp and Mioplay; Anna Ross from Kester Black; and Anastasia Volkova from Flurosat. 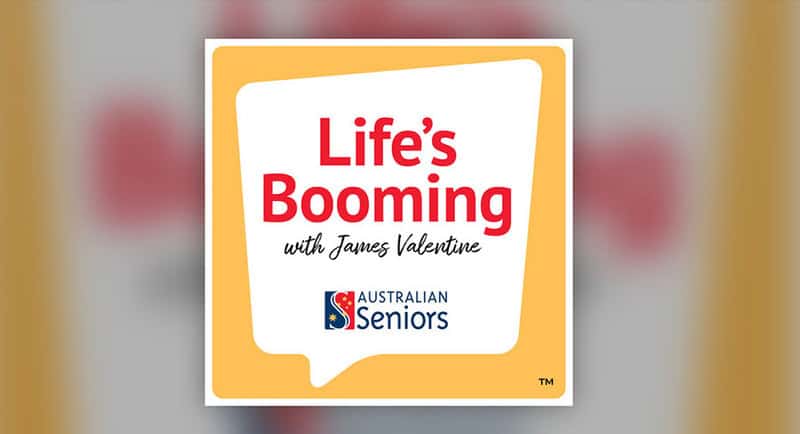 The series is available now via the Australian Seniors website.