Howie’s hole in one for 100th episode 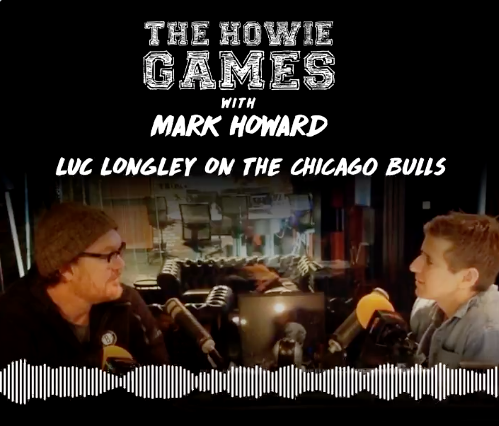 We mentioned several weeks ago that The Howie Games was getting close to its 100th episode. We can reveal today that host Mark Howard has landed a hole in one for the special occasion with an interview with champion Australian golfer Adam Scott. Howie told Mediaweek one of his three best sporting moments was watching Scott win The Masters at Augusta. “It has taken me three years of going back and forth with management to secure the interview. Adam is global brand ambassador for Uniqlo and they were able to sort it out.”

Golf fans are going to love some of the trivia they get into. “Adam goes into detail about what it was like to win The Masters and he takes me through it shot-by-shot and then the play-off. He was relaxed, fun and it’s very entertaining. I couldn’t be prouder to have him as the 100th guest.”

There is one elusive big guest that Howie is still chasing though. He did admit to Mediaweek some time ago he was very determined to get Kelly Slater on the podcast. It hasn’t happened…yet. “And not through lack of trying. Slater is an even longer-term project than Adam. He comes up in the podcast though as Adam loves to surf and talks about surfing with Kelly Slater at Pipeline. I will get him one day – he might have to be on number 200.”

Slater has actually been spending time in Australia during the lockdown. “But that doesn’t mean he’s any easier to get hold of.”

When asked about the one episode so far of Australia’s #1 sporting podcast with the most downloads and the biggest audience reaction, Howie said: “It would have to be Luc Longley. People were blown away when it came out because he just doesn’t speak. It was just at the right time in the right place. Since The Last Dance doco I have been inundated with messages from overseas journalists trying to get his contact details. The producer of The Last Dance said Luc is not a good storyteller. He has told me the best stories in the whole 100 episodes.” [Australian basketball superstar Longley played with the Chicago Bulls, but he was not part of The Last Dance doco about Michael Jordan and his last year the Bulls.]

During COVID-19 The Howie Games has become a Zoom hangout, but this week Howie is planning his first face-to-face interview in many months.

Howie has recently added to his winter sporting duties calling AFL games on Fox Footy. He still calls for Triple M on Friday and Sunday, but fits in Fox Footy on Saturday after Fox Sports TV boss Steve Crawley twisted his arm. “I have been enjoying the challenge as it’s different to calling on radio. It’s been great to work with Jason Dunstall, Garry Lyon, Jonathan Brown and others.” 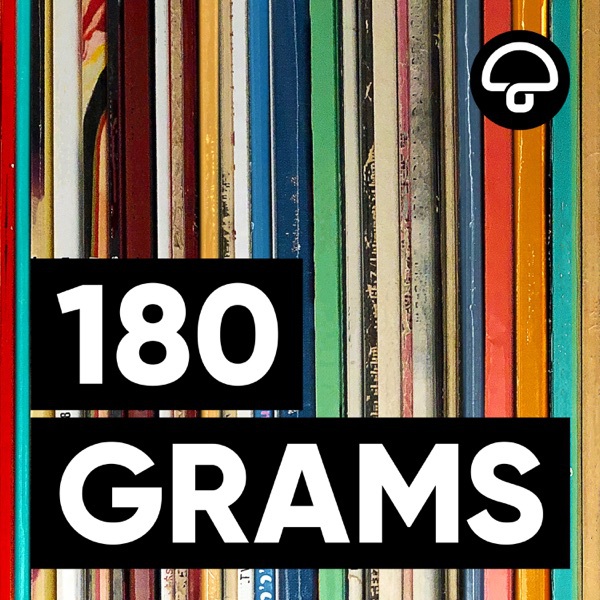 Mushroom has entered the podcast space with 180 Grams, an ongoing series which will tell the stories behind remarkable albums. Season one of the 180 Grams podcast uncovers the highs and lows and untold stories from Warrandyte locals to international rock’n’soul group The Teskey Brothers.

[180 grams is the weight of a collector’s edition vinyl record. Unlike the stories in the show, 180-gram records glide smoothly on turntables thanks to the weight.]

Across six episodes, as the debut season of 180 Grams delves into the making of The Teskey Brothers’ acclaimed second studio album Run Home Slow and listeners are taken on the journey from pre-production all the way through to sold-out international tours.

Many people who work intimately with the band were interviewed for the series – 32 in total across the USA, UK, Germany and Australia including Josh Teskey (vocals and rhythm guitar), Sam Teskey (lead guitar), Brendon Love (bass guitar) and Liam Gough (drums) who make up he band. Mushroom isn’t holding back on production with Episode 1 incorporating more than 210 individual bits of audio. Richard Reid is always a great podcast guest and Sami Lukis has fun with the entertainment reporter and celebrity TV contestant (he won I’m A Celebrity in 2019) on a new episode of PodcastOne’s Romantically Challenged podcast. Is it easier to date if you have a public profile? Reid talks to Lukis about misreading flirting signals from fans, feeling invisible in your 40s and why he thinks men like to date younger.

Life Changing Moments from Podshape’s This is Me In the new weekly podcast This Is Me everyday Australians reveal their own battles that are both inspiring and uplifting.

The podcast is hosted by Siobhain McGirl (pictured) who is a mother of two that had her very own life changing moment when she was diagnosed with bowel cancer at just 40 years old.

Siobhan’s episode starts the series as she takes listeners through the highs and lows of her battle.

The launch of the podcast and first episode coincide with Bowel Cancer Awareness Month, a Bowel Cancer Australia initiative held every year in June. Bowel Cancer is Australia’s second deadliest cancer and claims the lives of 108 Australians every week – but it’s one of the most treatable types of cancer if found early.

Over 10 weeks This Is Me will share other life changing stories from everyday Australians which includes domestic violence, addiction, adoption, gender reassignment and mental health. Podshape plans to use each episode to promote various community charities.

Listen to This Is Me here 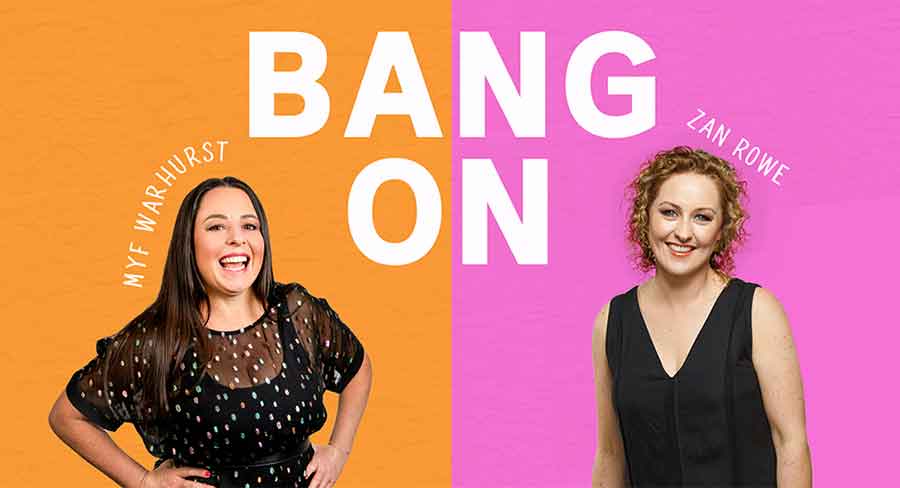 After eighth months Double J’s Bang On podcast with Myf Warhurst and Zan Rowe is back with three new episodes available.

The weekly podcast covers the biggest conversations of the week, and the hosts share what they’re reading, listening to, reflecting on and the things they simply must recommend.

Episodes are available every Friday as they bang on about music, art, life and more. Bang On is available on the triple j app, ABC listen app, and other podcast outlets.

Listen to Bang On here.