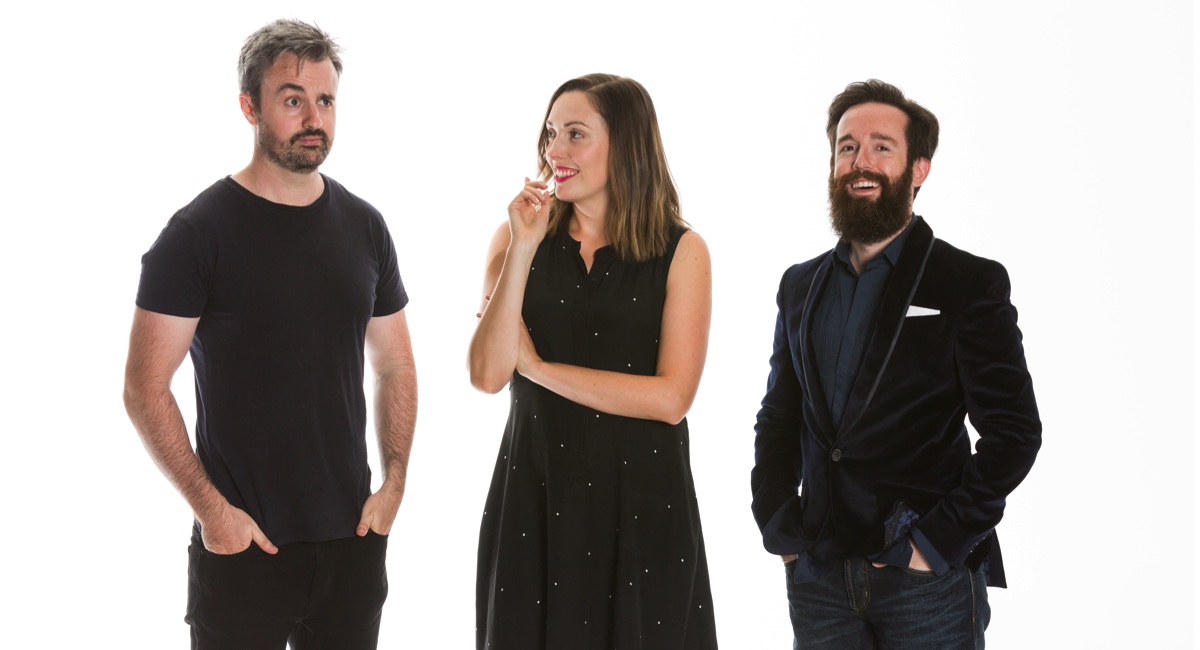 James Clement and Claire Tonti are classic examples of people turning a hobby into a full-time job. They are the founders of the recently launched Australian podcasting network called Planet Broadcasting.

The husband and wife gave up their day jobs as primary school teachers to make a living from Clement’s successful YouTube channel called Mr Sunday Movie and podcast series The Weekly Planet, which he continues to host with longtime friend Nick Mason.

Clement started Mr Sunday Movie about five years ago on the back of an internship that he did on the ABC’s The Gruen Transfer.

“He did that anonymously, because he was teaching full-time as well,” Tonti told Mediaweek. Clement managed to keep his identity a secret until a recent live show in April 2017, which is where Planet Broadcasting was launched. “What’s unique about him is that he grew his podcast audience through teaching his YouTube audience about it.

“He was able to teach people how to find his podcast through his YouTube videos. Along with this, he also did short clips of his podcast and put them on YouTube so people would get a taste of what the show was like.”

When the podcast listenership for The Weekly Planet begen outnumbering the average views on Clement’s Mr Sunday Movie channel, that’s when the couple started to consider making this their full-time gig. The podcast was originally hosted on YouTube as a video.

She started to ring around to bring in sponsors to monetise the podcast. Tonti found the majority of the support initially came from the fans who followed Clement’s work religiously. “It’s expanded from there,” she said.

In the time since, Clement, Tonti and Mason have found advertisers in Netflix, Loot Crate, Mark Weldon, Squarespace and 360 Fly to name a few.

The progression from becoming full-time primary school teachers to becoming media business owners was a gradual one. Tonti and Clement cut back their working hours as school teachers as the online business grew. They only started pursuing their work online as a full-time job in 2015. “We didn’t just drop everything,” Tonti said.

“We’d been earning enough revenue by then so it was kind of a no-brainer.

“That’s my advice for people who are starting a creative venture: just do it gradually. Do it while you do your day job and cut back the hours slowly…”

Tonti will be speaking at the ABC Radio’s upcoming podcast conference OzPod on 8 September 2017.