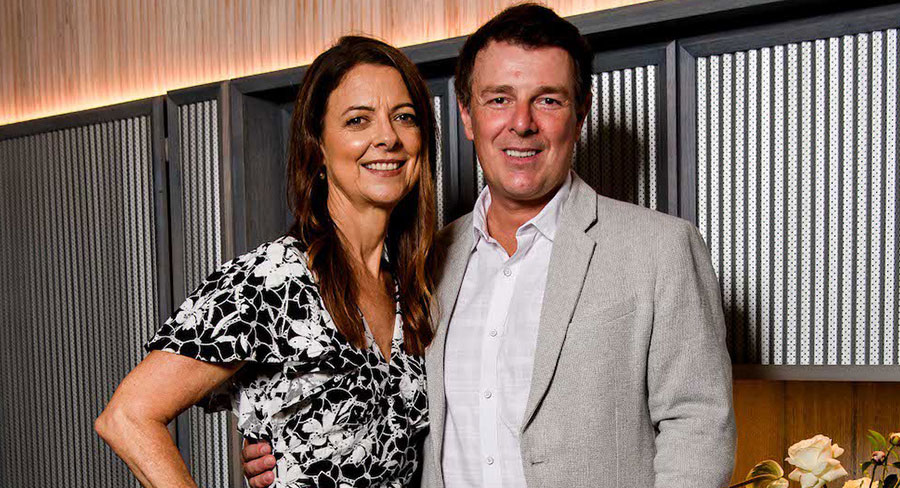 ‘Melbourne ratings now indication of what market should look like’

Looking back on the radio year, Nova Entertainment chief programming and marketing officer Paul Jackson told Mediaweek the group’s brands had some spectacular moments and continued to be models of consistency.

“There haven’t been any big shocks or surprises that we have been disappointed with, but have had some great highlights. We will return in the new year in good form.”

Nova Entertainment finishes the year with the #1 FM breakfast shows in Melbourne and Perth and the #1 FM station in Sydney. It also claims the #1 network spot in Australia with a 3,566,700 cume audience, #1 under 40, #1 drive and #1 nights.

A highlight this survey was the performance in Melbourne, the only market where Nova couldn’t claim a #1 in survey 7. That has changed with Chrissie, Sam and Browny now #1 FM. “We have been plugging away in that market and the research has indicated we were performing better and we think these ratings are a good indication of what the market should look like,” Jackson told Mediaweek. 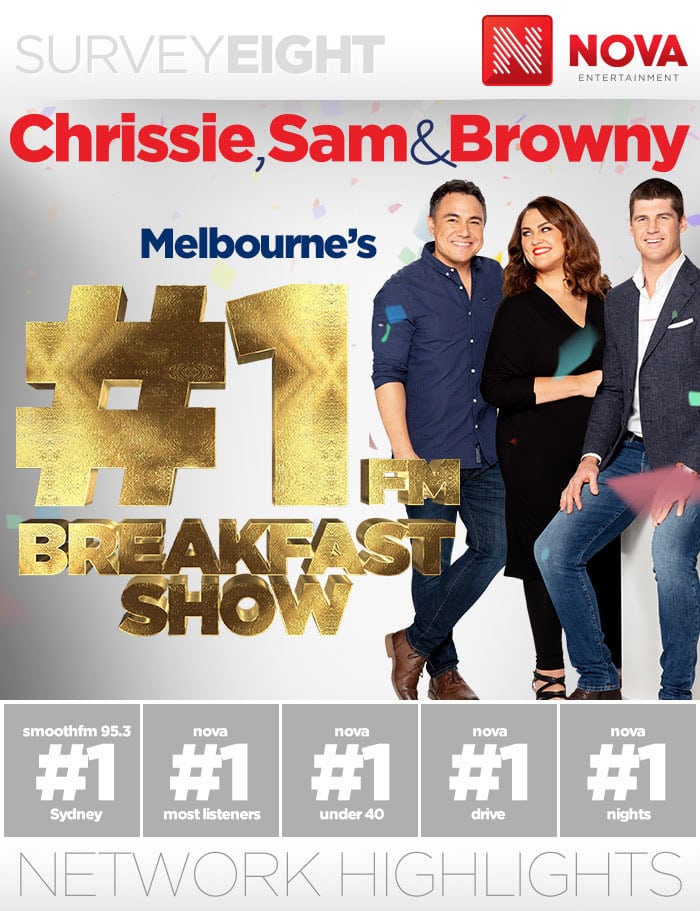 Jackson noted there had been four different #1 FM breakfast shows in Melbourne this year – Fox, smoothfm, Gold and now Nova. “I have always thought the strongest of those shows was Chrissie, Sam and Browny. It is important for us because it tells us what we can achieve next year. To have a cume over 1m and to be ahead of Fox in cume as well is a terrific result.”

Nova has changed its Melbourne morning show next year with Jamie Row returning to the station after an experiment moving in former breakfast host Matt Tilley.

Although Nova Brisbane slipped in survey 8 this year, Jackson reminded us the station had won the first seven surveys of the year. “It is very tight in the Brisbane market and when we win we are very respectful of the competition there.”

The Nova programming boss said he thought the result for 97.3 (it shot back to #1) was aided by the breakfast show getting cancelled. “It’s like when there is a car crash, people are slowing down for a look.”

Perth Nova had a good year to be still #1 in cume and breakfast and has won the final six of the eight 2019 surveys. “Everybody is very active in the market and Mix is fighting back at the improvement of 96FM. There are no weak stations anymore with lots of good choice.”

Out of all the Nova Entertainment performances, smoothfm Sydney shines the brightest now having won 10 surveys in a row. “We won all eight surveys this year and this is the first time a station has won eight surveys in the one year since 2007 when Kyle and Jackie O were at 2Day FM.

“At a music-driven station Bogart and Glenn have done very well this year particularly as they are not really playing in that personality breakfast battle. For the station to win off the back of a smaller breakfast share [6.5% in Sydney this survey] is a great performance and shows the love Sydney has for smooth.”

Nova Entertainment has some big plans for marketing smoothfm in 2020, said Jackson. “We feel the brand is in for a big year and we are looking to get better numbers in Melbourne which has traditionally been stronger than Sydney over the years. We have had a great day in Melbourne with Nova, but we want to do that with smooth as well.”

The arrival of Irene Hulme to look after Nova music won’t mean any big changes to the format. “We are always about fresh hits first and we will continue to do that. We will be looking individually at each of our markets to do the best for each of them that we can. We are often at the mercy of how many really compelling tunes are out there.”

With his marketing hat on, Jackson said in 2020 Nova Entertainment will need to keep working smarter. “You can’t throw a lot of money at the wall with a big campaign and hope some of it sticks. We have to connect more one-to-one with people and be smarter with our executions. We won’t be doing campaigns just for awareness. We have to give people a reason to listen to our stations and ask how compelling our offering is. How clear is that offering to the audience in a time where it is really hard to cut through to get people’s attention.”