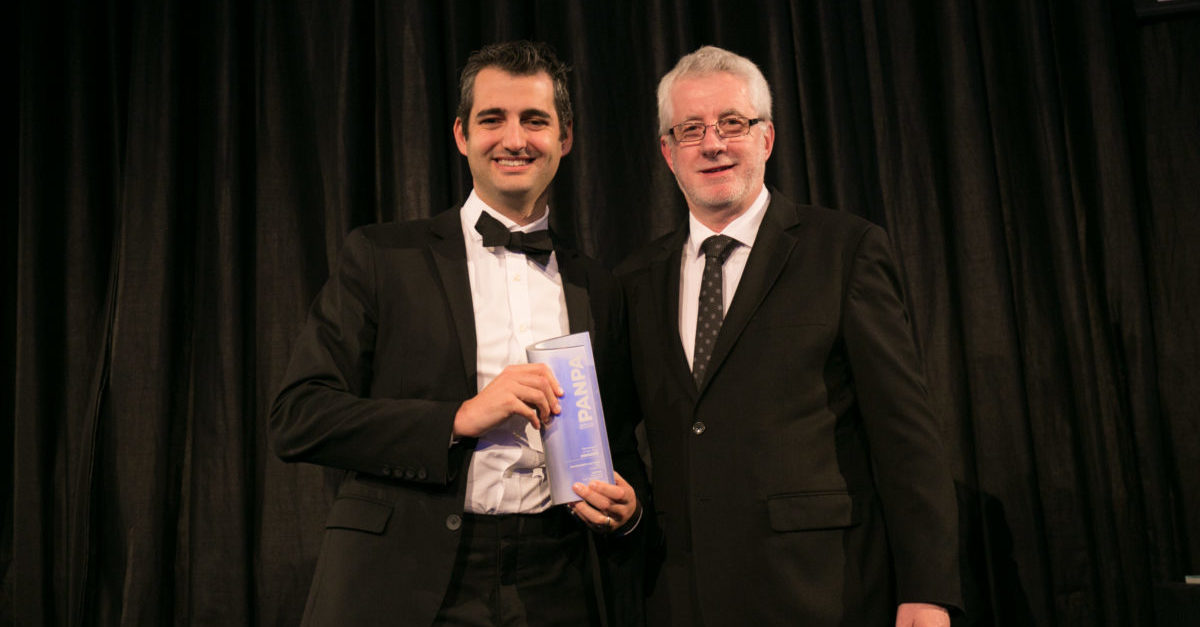 MORE: Meet the PANPA winners – The Australian, Newspaper of the Year

“It was quite a surprise, really,” editor Nick Calacouras told Mediaweek.

“We were up for it last year as well against the same publications and I wasn’t getting my hopes up too high.

“It was quite a thrill when they called us out.”

Calacouras completed the somewhat lengthy application process to enter the awards in February/March 2016. He went into the office one weekend and looked through a year’s worth of front pages to decide on which three editions to submit with the application.

“I made a shortlist based on what I liked on the front pages. Then I brought up the individual books to read further in.”

Along with the win at the Newspaper of the Year Awards, 2016 also marks 110 years of Manly Daily. The relationship that the community has with the paper has strengthened with time, Calacouras asserted.

“The Manly Daily has an incredibly loyal reader base.

“We deliver all the way from the Spit Bridge to Palm Beach and west out to Belrose. It’s a massive chunk of Sydney.

“The people of the Northern Beaches are passionate about our paper. There are a lot of people who are happy just reading the Manly Daily as opposed to picking up any other paper.

“We offer it five days a week. We are telling the stories of our community.