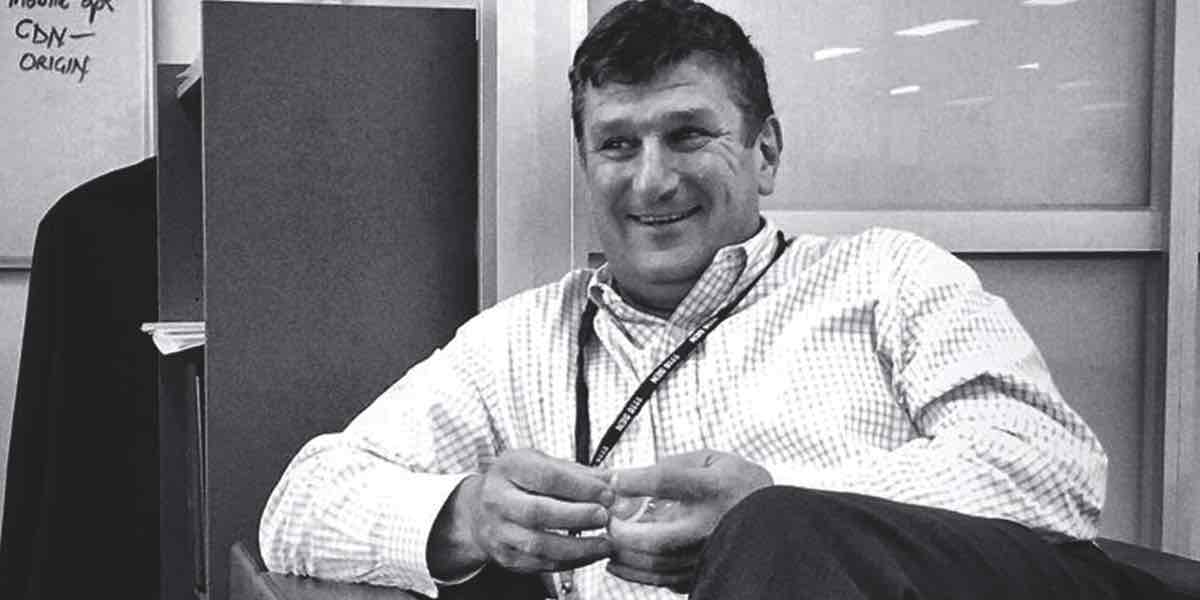 It’s been less than eight years since George Papadopoulos left WIN Corporation, but it seems longer that the former chief of Bruce Gordon’s regional media business has been out of mainstream media. He is back on the radar again after joining Pacific Star Network in January this year.

“I left WIN because we had bought Nine Perth and I’d lived in the Burswood casino for nine months as we worked to turn Nine around,” Papadopoulos told Mediaweek.

“We had done a lot of acquisitions and in the end it was just too much. We owned 50% of SP Telemedia which is now TPG. There was a lot going on at the time including rebuilding the studios, digitisation and the digital rollout. I was burned out and exhausted.

“I took six months off and found out that everyone else was working and they don’t have time to have a coffee with you. You start to feel like a bit of a pest calling people and asking for a catch-up.”

Papadopoulos was seeing the impact of digital and the disruption it was starting to inflict so he felt the need to learn more. “If you think back, much of the digital offerings weren’t out then or else in the very early stages.

“We looked at a couple of institutions in Sydney and a couple of listed media companies, but they weren’t quite right. I had the opportunity to go overseas and spend some time with the team from Zillion TV. At the time Zillion TV was almost like what Netflix is today, but Zillion was ahead of its time. We did a lot of smart things and some of the studios were involved as partners.” The GFC hit, the market was in turmoil and the video-on-demand service Zillion ended up filing for bankruptcy.

Returning to Australia with his digital expertise, Papadopoulos signed on at JB Hi-Fi as technology director under chief executive Terry Smart. “We set about transforming the retailer from an analogue and a physical business to a digital company that could potentially became a lot more than a physical retail presence. We built an online business which wrote significant revenues and a music streaming platform that won numerous awards. We also built an e-book platform and a video platform and we went very deep into analytics.”

When the senior ranks at JB Hi-Fi were refreshed, Papadopoulos thought it was time to go and do something else. “I was on gardening leave for a while, not allowed to work anywhere else. After that finished, a recruiter called me and told me Pacific Star was looking for someone to transform the business from an AM radio business into something else.”

The media group is looking to expand its existing radio footprint of four radio brands onto other platforms. “We aren’t necessarily going to buy another network, but we are looking at opportunities.

“No one knows what Pacific Star is. But when you tell people it operates Melbourne AM radio station 1116 SEN and some of the better-known magazines we publish then people understand the business. The assets that we have a very good and profitable. We have a board that is working to transform the business into a more significant digital business.

“When you look at what a brand like SEN can offer, we have a very strong male 25-54 audience that includes the radio business, a website with some very strong traffic numbers and then the SEN Inside Football magazine. You can add to that something like the Surfing Life brand which is very strong here and globally. We have a very strong platform of products that deliver a big male audience. We are looking at how best to transform that into digital and grow the audience.

“People are saying the print audience is declining. The problem with the print business is that the distribution model doesn’t work. Some of the newsagencies are closing which is a problem.”

SEN has a strong focus on Melbourne, but Papadopoulos hinted they have big plans to push it further afield. “If that was to happen we might need to acquire some digital licences. In Adelaide, Brisbane, Perth and Hobart the radio station would work well. In Sydney we might have to change the format a little.”

SEN has a good app for iOS and Android making the station available to anyone to listen to online and Papadopoulos said the audience is growing via that platform. “There is a good future for webcasting and video content – by about 2019 we need to be offering most of our content on video. We have two or three years to get it right.

“In Melbourne we are very strong and we have a great following. We have very loyal listeners and very loyal customers and there is a lot of engagement with the brand. But once you get out of Victoria people are more likely to ask SEN who? We think it has the potential to be a national sports entertainment network.”

The company is as bullish about the prospects for its publishing division as it is for the radio licences. “Are sales declining? No, they are not declining,” said Papadopoulos, answering his own question about the magazines acquired from Morrison Media.

“Out first test has been to reinvent Surfing Life magazine in a new format. We have gone bigger with more pages and advertising has been very good. The market has supported us well. It’s still early days since the changes but the numbers are looking very interesting.” 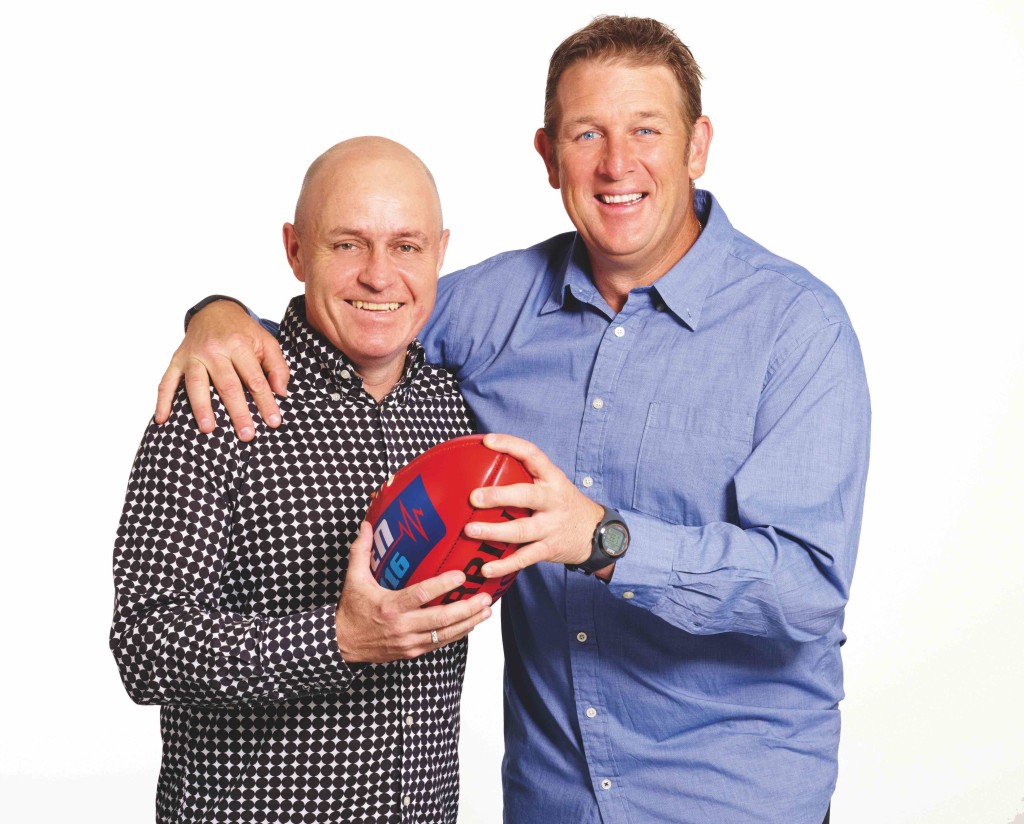 Working as a tape operator at WIN Television was Papadopoulos’ first job in the media. “Bruce [Gordon] himself put me through a training program which was like a cadetship. I worked through every division and learnt the business. I am doing what I am doing today because of Bruce Gordon. My time at WIN TV was probably the best time of my life…it was fantastic. There were deals being done almost every day and we were very profitable.”

The business was dominant and strong, beaming the Nine metro signal into regional Australia with a mix of its own WIN-produced news and lifestyle programs. Back then there was very little sign of the disruption that is now starting to shake the sector.

Papadopoulos has a slightly different view to WIN about the local content strategy that has seen WIN TV cut back its local programming and news. He feels there is room for local news services for most markets. “People need to operate smarter and they need to gather news smarter. We used to deliver 37 separate news services across the country and something like 480 news stories a day. In those days that is what gave WIN a big lead over the opposition. We had a very strong 6pm local news. Viewers then stayed on for the national news and then A Current Affair. All of which helped us get a large share of the ad dollars. We had great relationships with advertisers and we had great programming.”

When asked about what might happen with the regional market TV shakeout, Papadopoulos didn’t pretend he knows exactly. “I don’t know what’s going to happen, I really don’t. You don’t have to be Einstein to know something major is going to happen. Everybody is manoeuvring and everybody is positioning. I don’t know what future regional television has.”

During his years with WIN, Papadopoulos was the chairman of RBA (Regional Broadcasters Australia) and chairman of Reg TAM (Regional Television Audience Measurement) and a director of FreeTV.

At the time of our interview with Papadopoulos, incoming ABC chief executive Michelle Guthrie was still on the board of Pacific Star.

However there was a board meeting the day after our interview where Guthrie tendered her resignation, as a result of her new role.

Guthrie had been a director since May 2013 and played a part in the acquisition of the Morrison Media business. On making the announcement, Guthrie said: “I have truly enjoyed watching Pacific Star grow throughout my time on the board. I am looking forward to commencing my new role at the ABC.”

Papadopoulos told Mediaweek he has a broad spectrum of expertise to call on from the board members.

The rest of the board is: