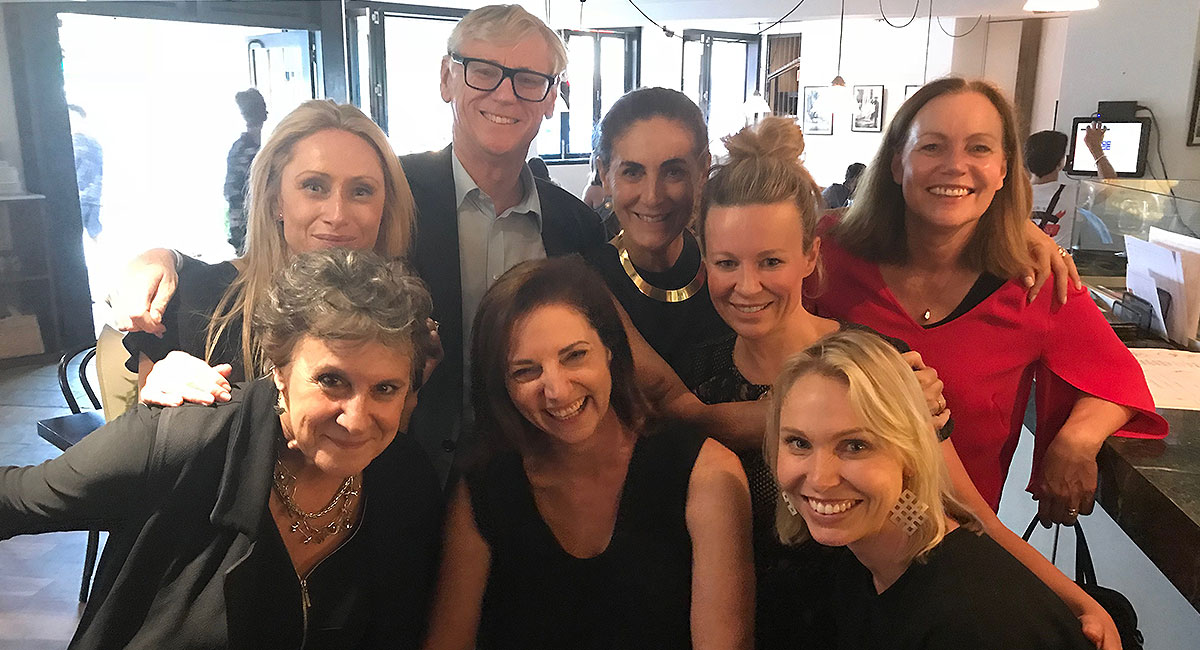 Frank was farewelled by friends and colleagues on Friday.

After the announcement only earlier this month that Jackie Frank would be departing Pacific Magazines, Frank was farewelled by friends and colleagues on Friday.

For her last day on the Seven West Media payroll, Frank arrived at the Media City Pacific HQ around midday and spent time with her teams who remembered the highlights from her 23 years with the publisher.

The marie claire team presented Jackie Frank with a marie claire wrap-around featuring the magazine’s founding editor on the cover with headlines that included:

Workplace wars: “No one’s getting my office”

Don’t Ask, Don’t Get: The slogan that defined a career

Later in the afternoon there was a more formal send-off around 4pm with all the teams assembling from the magazines that Frank was general manager of – the titles that sit within the fashion, beauty and health division.

There were quite a few tears as speakers includes marie claire’s Nicky Briger and Better Homes & Gardens’ Julia Zaetta as well as a few words too from Frank. Jackie Frank with her memorial magazine covers on Friday

The farewell then moved down the road to Fratelli Alexandria, which has seen a procession of farewells for Pacific staff. One of the biggest previously was last year’s farewell for departing CEO Peter Zavecz.

Frank was presented with a massive bunch of flowers and a huge card. She broke her alcohol-free diet and downed a number of Espresso Martinis, which kept the bar staff busy.