Over 1.4m Australian now connected to Netflix in June, up from 1m in May, according to a survey by Roy Morgan.

Roy Morgan’s May figures showed that a million Australians in 408,000 homes already had Netflix. The survey results for June have been counted and weighed—and it’s now 1.42 million people in 559,000 homes.

In numbers, this means 113,000 Netflix homes are streaming through iiNet’s fixed broadband network, slightly more than the 102,000 using Optus despite the latter supplying fixed broadband to almost 200,000 more homes overall.

June 2015: % and Number of Households with Netflix, by Fixed Broadband Provider 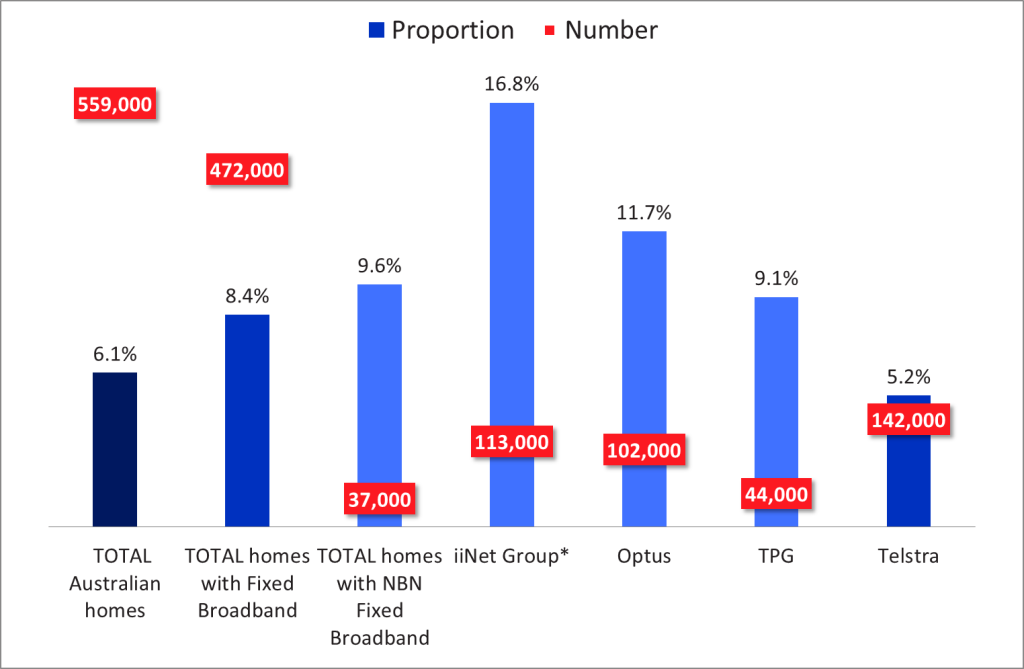