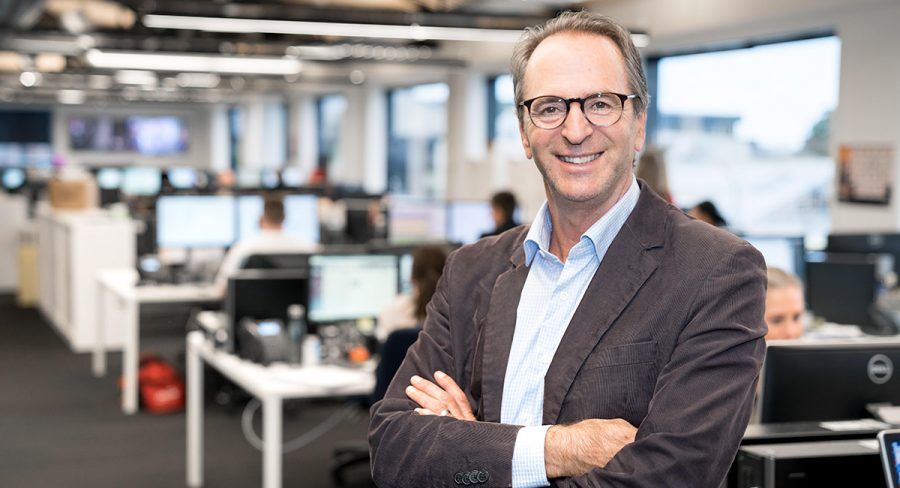 The Nine-Fairfax merger has heightened speculation about a Nine-Fairfax takeover of MediaWorks. Rumours have been rife that Fairfax was interested in the TV channel Three, but this has been complicated by Fairfax’s ongoing attempts to overturn the ban by the Commerce Commission of its proposed merger with NZME. Australian analyst Roger Colman of CCZ Equities expected that Fairfax would continue with a planned exit of the New Zealand market. However, media commentator and former TVNZ news boss Bill Ralston speculated that locally a combined Fairfax and Nine would make a powerful combination running with NZ assets, creating a media company with radio, print, TV and digital assets. MediaWorks owns Three and half of the New Zealand commercial radio brands, and is wholly owned by Oaktree Capital, a former investor in Nine.

Radio assets remain strong especially its music stations but MediaWorks itself has raised questions about the future of its TV arm. Concerns were raised in MediaWorks’ submissions to a government proposal to fund a new TV station at Radio New Zealand, a development MediaWorks said could force it out of the TV business. Chief executive Michael Anderson (pictured above) said MediaWorks told a ministerial advisory group that, if the structure of the media market were not addressed, “there is a genuine risk that the Government, through its media channels, may become the only broadcaster in New Zealand”. The New Zealand government has pulled back from its TV plans for RNZ after this and other dire warnings from the private sector. But Labour commitment to the private media sector would be an issue if Three became a factor in the Fairfax-Nine merger. Anderson told the government that MediaWorks pulling out of television was not currently under active consideration, and he envisaged that would not change for at least the next two years.

Taxpayer funding for regional media has been extended, with more to be offered in the South Island. Funding agency New Zealand On Air recently commissioned a review that identified new proposals for civic regional journalism. Elsewhere, the editorial director of the Newspaper Publishers’ Association, Rick Neville, recently signalled in Mediaweek a push for New Zealand to match Australia, and offer further funding for regional media. Josh Borthwick has been appointed commercial director, agency and direct, at Stuff from August 6. Stuff chief revenue officer Robert Hutchinson said Borthwick is the seventh and final revenue executive appointed to the new Stuff team. He has been head of advertising at Trade Me digital advertising business.

FCB advertising chief executive Dan Martin has left after just one year. He is leaving the agency by mutual agreement and immediately. Martin joined the agency in August last year.

Three has confirmed global phenomenon Gogglebox will be getting a local makeover. Gogglebox NZ will visit the living rooms of 10 Kiwi households and capture their reactions while they watch television from the previous week across different networks. Fresh from her Dancing With The Stars NZ hosting role, The Edge’s Sharyn Casey will narrate the NZ version, which offers insights into television viewing habits. Meanwhile, Comedy Pilot Week is launching on Three later this year. The channel will no doubt learn from the challenges Ten faced in Australia this past week over its all-male lineup. Five sitcom pilots created by budding creatives and comedians will be aired during primetime to give new comedy talent a platform to showcase their concepts.

Satire not so popular

A MediaWorks Friday late-night “satire” show has crashed in the ratings. The liberal hipster-oriented show Spinoff TV is link to the Spinoff website. It struggled to perform and slipped in its first three weeks for the 9.40 slot. It was moved from 9.45pm to 10.45pm last Friday and the audience dropped from 37,000 to 4,000. The collapse is embarrassing for the funding agency NZ On Air, which provided $700,000 taxpayer funding for the show out of its current affairs budget. Spinoff TV was produced by Great Southern Television, which recently received a substantial investment from Seven Network.

Veteran broadcaster and sports journalist Peter Williams is joining the Bay of Plenty Times as a sports writer and columnist. Williams is ending his 45-year broadcast career at the end of the year He will initially combine his weekend role presenting OneNews with his new role at the BoP Times.