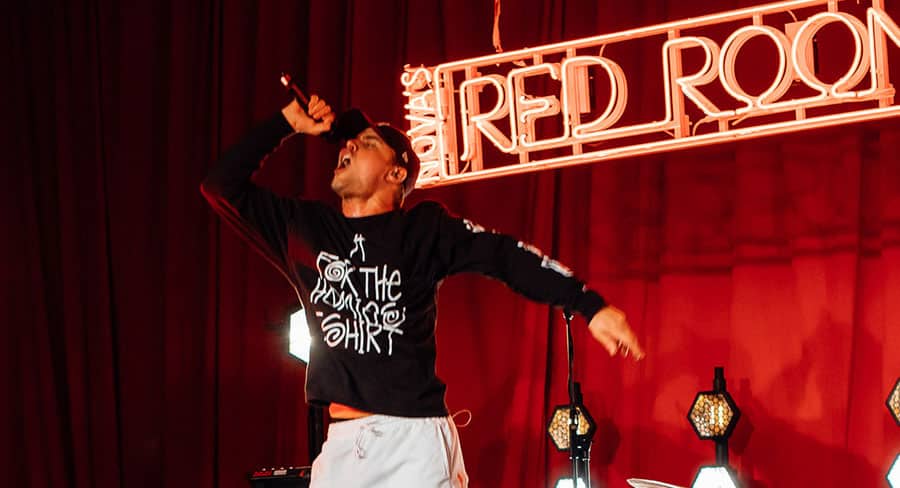 • It was the first event in a busy Week for Nova’s Red Rooms to coincide with ARIA Week.

It was the first event in a busy Week for Nova’s Red Rooms to coincide with ARIA Week.
Illy’s performance brought together 300 fans to The Lair in the Metro Theatre. It’s not a Red Room if it is not hosted by Smallzy and the Nova Sydney morning host and Nova network evening star introduced the Sony Music recording artist.

Illy’s energetic set included Then What, Tightrope, Swear Jar, Lean on Me and Paper Cuts. 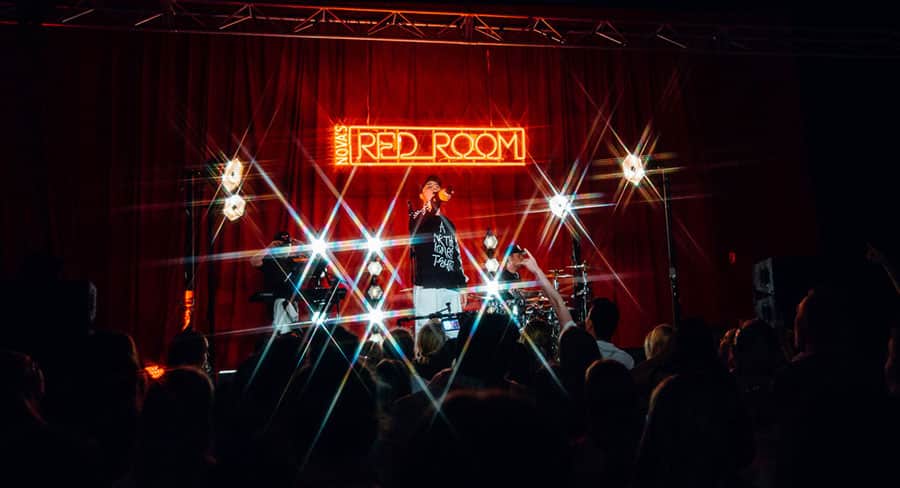 The crowd got a real treat when Illy surprised them with a performance from singer Thandi Phoenix on their hit song Catch 22.
The rapper has only just recovered from an infection that left him unable to speak. He said on stage: “Yesterday I had laryngitis and no voice, but today thanks to the wonders of modern medicine – here I am performing at Nova’s Red Room and the first hip hop artist to do a Red Room. This has been a history making evening for me, I love you guys.”

Illy had plenty of praise for Nova who had stuck by him over the years. He also thanked his fans for supporting him over his decade long career.

His 2019 album Then What is already certified Platinum and nominated for Best Hip-Hop Release at this year’s ARIA Awards, held in Sydney next Wednesday evening.