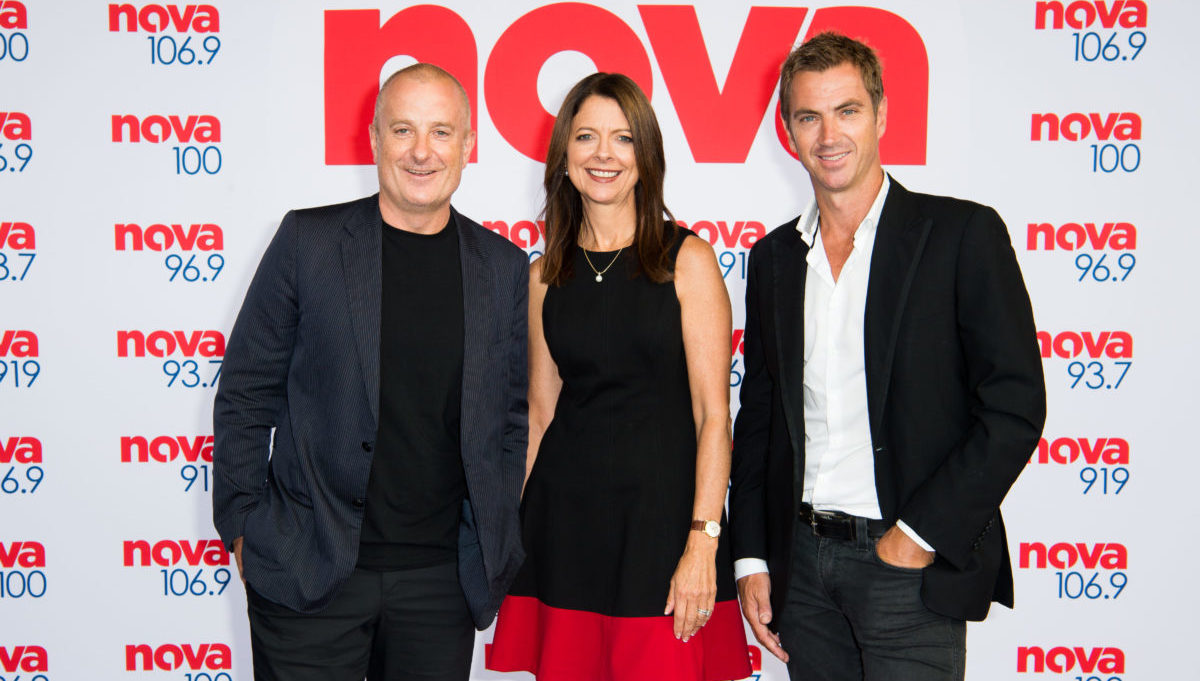 Getting interest in a new logo can be a challenge for most brands, but Nova Entertainment managed to pull it off big time this week.

The fast-growing media business managed to secure the services of the world’s biggest artist, Ed Sheeran, with a trade update prior to the exclusive gig. Nova Entertainment CEO Cathy O’Connor spoke to advertisers prior to the show in the northern foyer of the Opera House along with group sales director Peter Charlton and chief marketing and digital officer Tony Thomas.

O’Connor spoke about the challenge Nova faces every time it holds another Red Room – how to make it equal to or better than previous events. In the past couple of years artists have included Ed Sheeran, Coldplay and Taylor Swift.

Speaking about recent Nova Entertainment financial performance, O’Connor detailed how successful the business had been.

“In a radio market that has grown 2.5% over the last seven years, we have experienced a compound annual growth rate in revenue of 8.5% with EBITDA of 21%. We have done extraordinary things and I would like to acknowledge that strong and sustained growth can’t be achieved in isolation.” O’Connor then thanked the advertisers and agencies in the room, who had been brave and had partnered with the Nova Entertainment brands over the years. “I would like to thank each and every one of you for buying into the risk that is involved with being creative. My commitment to you is that we will continue to invest in the team that we have that allows to deliver on being creative. Our create team that is led by Kate Day is the heartbeat of our organisation.”

O’Connor said the company was keeping its foot on the accelerator in 2017. “We don’t get complacent, it’s not in our DNA. It can be exhausting at times, but we will be in your offices talking about what’s coming next.”

O’Connor revealed that just yesterday the company had signed a partnership with a global podcast company acast. The founders of the Stockholm-based business Karl Rosander and Måns Ulvestam attended the Nova Entertainment presentation and then the Sheeran concert.

“Acast is global best practice in podcasting and we expect to be bringing new opportunities to market.” The Swedish tech entrepreneurs launched acast in 2014 and major media companies it works with include Financial Times, BuzzFeed and Vogue.

O’Connor finished by telling the audience that Nova at its best was linking audiences with its content and that there would be a massive radio audience hearing the Ed Sheeran concert content which was played last night nationwide at 9pm and then again at 9am this morning.

After the Nova Entertainment presentation guests were ushered into the Opera House for the Ed Sheeran performance.

Nova had flown in its breakfast shows from all over Australia to attend as well as its drive show. You know it is a serious event when even drive show co-host Marty Sheargold turns up!

Nova also had executives on hand from all metro and regional markets it operates in including all its general managers (pictured).