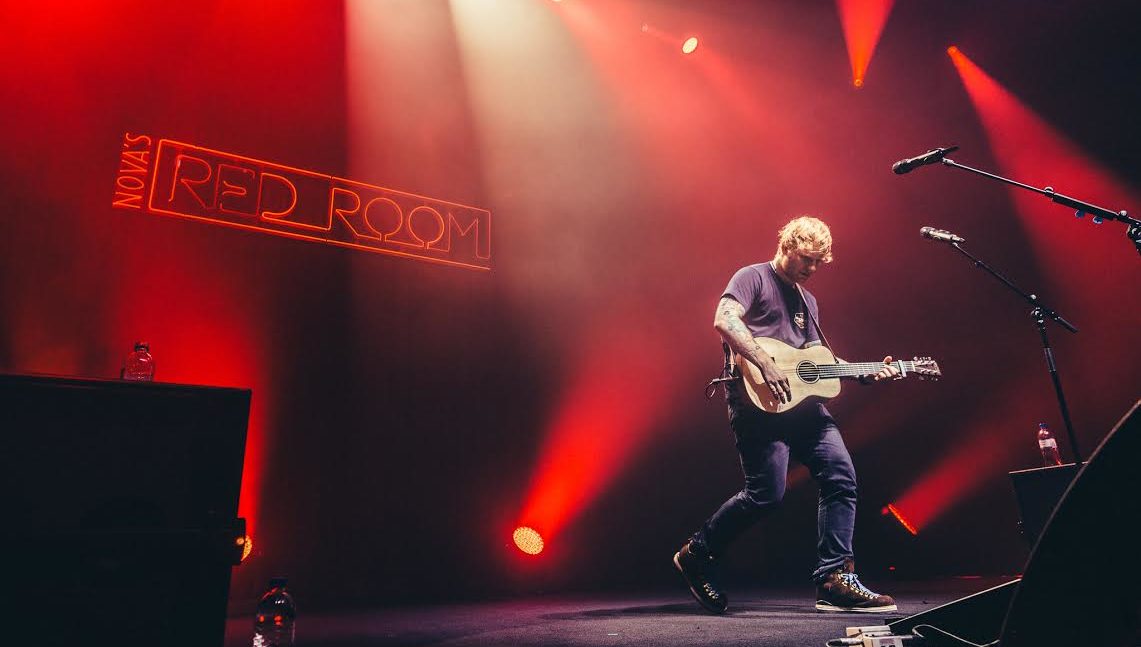 Ed Sheeran down under day 4

The world’s biggest music star spent a hectic third day on his short promo tour of Sydney and Melbourne ahead of the release of his new album “Divide”.

After a Melbourne visit that included an appearance and the first live performance ever on The Project on Monday night, Sheeran arrived in Sydney on Tuesday. After his early morning co-hosting on KIIS FM, Sheeran spent much of the rest of the day with Nova, including time with both the Nova 96.9 Fitzy and Wippa breakfast show and Smallzy’s Surgery host Kent Small (pictured with Sheeran below). He also recorded an interview with Today’s Richard Wilkins, which was broadcast this morning. 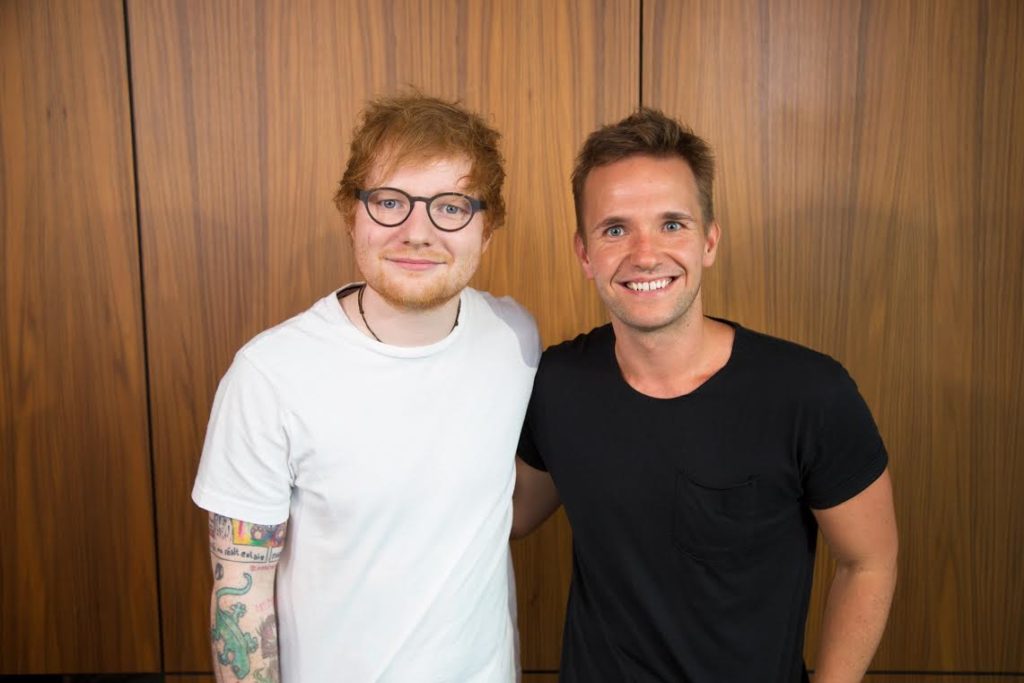 Sheeran’s Tuesday highlight though was a performance inside the Concert Hall at the Sydney Opera House, something he revealed had been on his bucket list for a long time. It was the singer’s fifth performance for Nova, with Red Rooms previously in Sydney at Bondi Beach, Dublin and Perth, plus an earlier performance for Nova in a crowded Melbourne bar.

Sheeran played around a dozen tunes in a 90-minute performance which Smallzy later revealed had been the second-longest Red Room set ever. (Sheeran holds the record for the longest also – his Bondi Beach gig.)

Sheeran dedicated part of his show to departing Warner Music Australia MD Tony Harlow. Sheeran remembered how in his early days Harlow had revealed he would ensure Sheeran had a hit in Australia shortly before the singer had his first #1 on the ARIA Chart. Harlow is taking up a new role in New York from March 1 as president of WEA Corp., the global artist and label services arm of Warner Music Group. 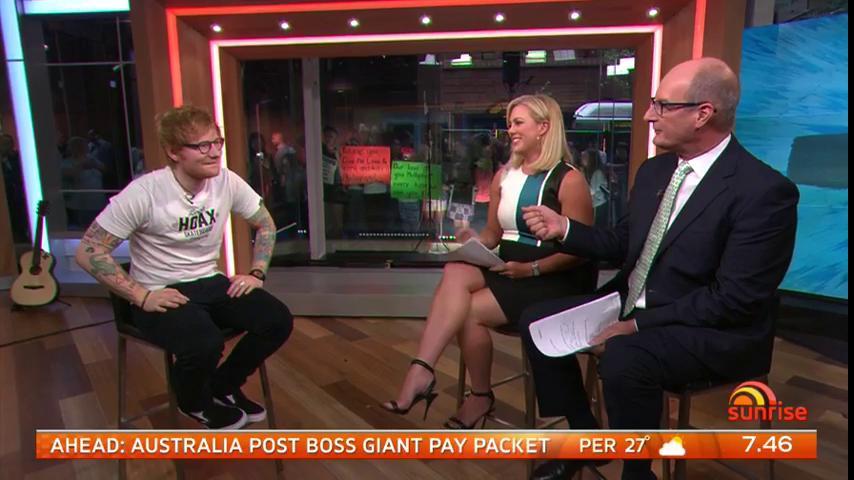 Sheeran on Sunrise with David Koch and Samantha Armytage

When Sheeran arrived at Sunrise this morning after 7am he spent time meeting fans and taking selfies in a very packed Martin Place before heading inside to talk with hosts Sam Armytage and David Koch (pictured above). Sheeran then performed a song inside and later took to a small stage outside in Martin Place where the Sydney downpour had stopped long enough for him to perform.