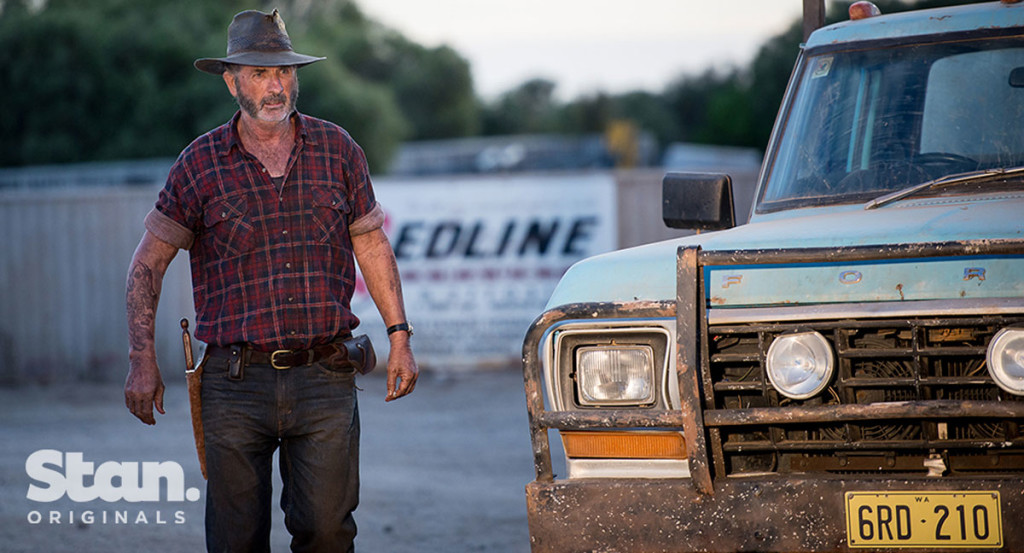 Stan has unveiled a trio of original programming announcements at its upfront presentation in Sydney.

In its first announcement, Stan has confirmed that the AACTA Award-winning anthology series Wolf Creek will return for a second season, with John Jarratt reprising his role as Mick Taylor and creator Greg McLean on board as showrunner and director. From award-winning producers Screentime and featuring a new cast of characters in a heart-stopping storyline, Wolf Creek season two will premiere on Stan in late 2017.

“The journey we took in taking Wolf Creek from film into award-winning drama with season one on Stan opened us up to all the possibilities that world offered,” said McLean. “I couldn’t wait to get back into the epic Australian landscape, and delve deeper into the twisted mind of our iconic and terrifying villain, Mick Taylor. We’ll be pushing the envelope even further to create more thrilling, addictive, must-see drama.”

Anderson was a guest at the Stan upfront, where he entertained the audience with an impromptu set. Anderson said: “It’s so gratifying to see Stan supporting Australian comedy and doing it in the best way possible – making full-length specials with my favourite comedians. Oh and also me. Although I am not going to watch that one, but I hope you do!”

Stan announced that from March, Stan subscribers will be able to download thousands of hours of TV series and films – allowing them to watch the content anywhere and any time, without needing to rely on an internet connection.

The vast majority of Stan’s catalogue of shows will be available to watch offline, including every season of Sherlock, the cult-hit sensation Twin Peaks (returning for a brand new season in 2017), Jim Carrey’s upcoming new comedy-drama I’m Dying Up Here, as well as smash hit Billions starring Damian Lewis and Paul Giamatti. Award-winning series like Better Call Saul, Breaking Bad, Mozart In The Jungle and Transparent will also be available.

Stan will become the Australian SVOD home for content from the children’s channel Cartoon Network, after entering into a new partnership with Turner.

The partnership between the two leading entertainment brands will also see the premiere of the eighth and final season of pop-culture hit Regular Show first and exclusively in Australia this April on. New seasons of Adventure Time and Powerpuff Girls will premiere at the same time as they air on Cartoon Network.

“As the leading local streaming service, Stan is the perfect partner for Cartoon Network to showcase our amazing lineup of content. From Regular Show to Adventure Time, Powerpuff Girls to Steven Universe, the arrangement further expands the reach of our uniquely entertaining children’s series across Australia,” said Robi Stanton, general manager of Turner Australia, New Zealand and Pacific Territories.

The partnership also provides Stan with the exclusive SVOD rights to other key Cartoon Network animated series including iconic titles Ben 10 and We Bare Bears.