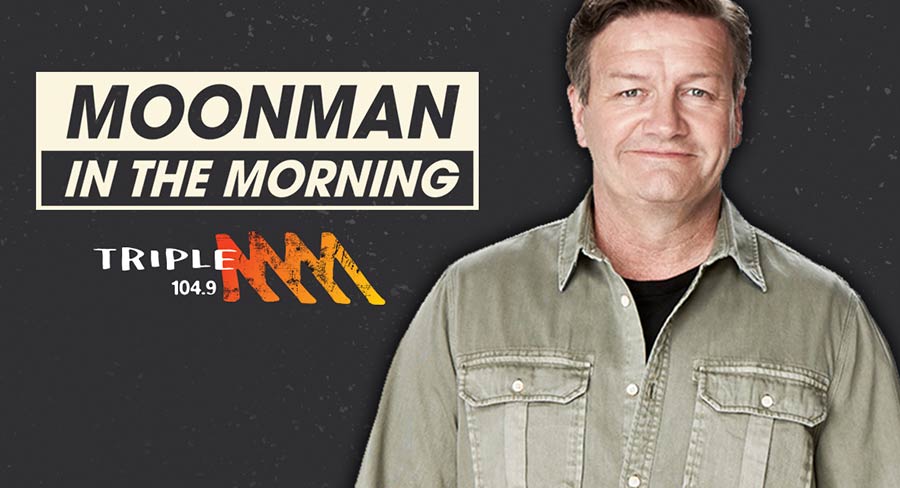 Joining Mooney on the show will be Gus Worland, Chris Page, and Jess Eva

Mooney has been part of the Triple M network for a number of years now, and has appeared on and co-hosted various shows most recently spending the last year as a co-host of The Big Breakfast in Brisbane where he helped make them the number one breakfast show.

Joining Mooney on the show will be Triple M’s Gus Worland , and Chris Page who hosted the previous Triple M breakfast show The Grill Team. The other new member of the team is  Jess Eva who competed on the most recent season of The Block and has been doing breakfast radio in the Sunshine Coast

Triple M’s head of content Mike Fitzpatrick said that Moonman in the Morning will be a fresh change from the highly popular Grill Team.

“This will be a real comedy and music show that gives Sydney a unique look at what’s happening in the city and plays the biggest rock hits.

“From Parramatta to Palm Beach, Cronulla to Castle Hill, this will be a show to make Sydney laugh.

“Lawrence is in career best form and has been honing his skills in Brisbane. Gus is a much-loved part of our family and Jess has been doing breakfast radio on the Sunshine Coast for six years now, she’s a star of the future.”

Mooney has commented on the appointment “I’m actually pretty honoured to be doing breakfast in the biggest market in the country. I’m following in the footsteps of some big names at Triple M and that absolutely thrills me.”

Eva stated that she feels like a gold medal winner “Just like The Block, I Bradbury’d that as well. It looks like our lucky streak’s continuing – we got the penthouse on the show, then we were the luckiest last-place-getters in Australia because we got $209,000 for bloody coming last, and now we got a job on Triple M Sydney.”

With of the best comic and creative minds in the business, Lawrence Mooney is a jack of all trades in the entertainment industry – comedian, TV presenter, actor, writer and one hilarious radio announcer.

He is best known as creator and performer of the former PM’s spoof “Rich Uncle Mal” and his stand-up routines are known to be the funniest of the funnies. Moonman will kick off the new year not only with a new breakfast show on Triple M in Sydney, but also with “An Evening with Malcolm” gigs at the Sydney Opera House.

A radio veteran who will celebrate his 10th year of Triple M Sydney breakfast radio in 2019. Gus is a father of three teenagers, married to a Pommy girl, and is arguably Australia’s biggest sports fan. The bloke’s a bit soft, is a self-confessed yo-yo dieter, has never had a fight in his life and cries when he steps on an ant – but we love him anyway. Since his 2016 ABC TV series Man Up – Gus has been on a mission to find out what it really means to be a man today and how the average Aussie bloke is actually faring. Gus is a founding partner and board member of mental health charity Gotcha 4 Life. Oh and he claims to be Hugh Jackman’s best mate!

This all-round top chick is an over-achiever who still knows how to let her hair down and have a good time! She’s a two-time national lawn bowls champion, former tomato picker (yes, really!). While co-hosting a breakfast radio show on the Sunshine Coast, Jess launched her own online childcare support service Sick Sit, and applied and got into Nine’s 2018 series of The Block with husband Norm. Together, the pair quickly became fan favourites and we have a feeling her tales will take Sydney by storm!

Pagey’s been working in radio for a bloody long time, so Triple M figured his expertise would be just what they needed to keep the breakfast show on point, on time, and in compliance with broadcast codes. This turned out to be a huge gamble! But, he’s a funny bugger so we decided to keep him around. Another bonus is that Pagey was born and bred in Sydney, so he knows how to pronounce all the suburbs when he does the weather. When he’s not on Triple M you can also catch him on Fox Sports with The Professor and Finchy during the NRL season.

Moonman in the Morning lands in January 2019.