Nine’s win in week 35 was its 11th consecutive win in primary shares. During those 11 weeks Nine was also the winner on combined share for nine weeks.

Seven started the year well with My Kitchen Rules securing them victory every week until that series ended.

Seven is keen to get back on the winners list and is using its Super September programming arsenal to secure victory.

Nine was able to secure victory last week with The Hotplate and The Voice its only non-news shows in the top 30.

TEN had its best share for a month with both episodes of The Bachelor just short of the top 10. 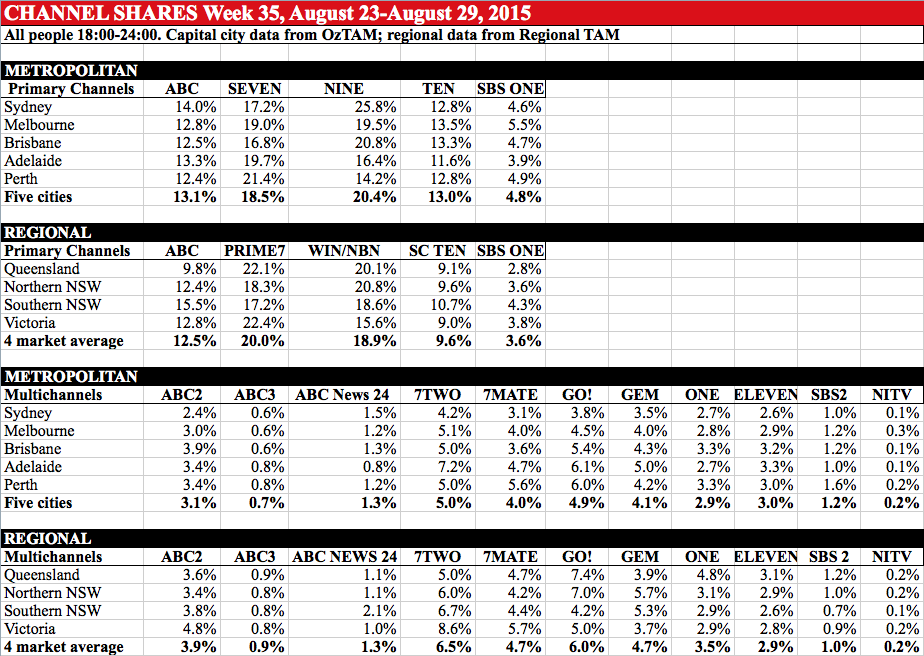