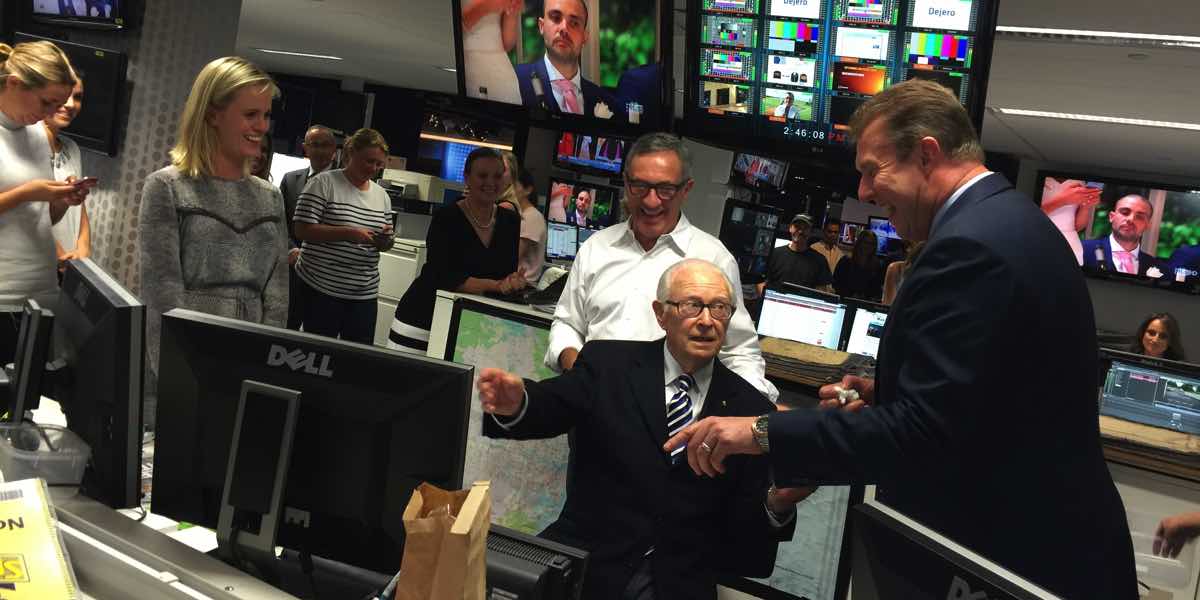 Peter Overton has celebrated two major milestones: his 50th birthday and 25 years with the Nine Network

Overton turned 50 on Tuesday which also means he is celebrating 25 years with the Nine Network.

The midday gathering was held in the fabled Nine boardroom at Willoughby with many of Overton’s news colleagues paying their respects.

It was largely a dry affair, with mineral water the refreshment of choice, somewhat fittingly after a belt-tightening announcement from Marks just hours earlier and because Overton was due on air to read that evening’s news bulletin – even on his 50th birthday.

Marks spoke first at the lunch, noting the network’s news culture: “This is an organisation that is defined by the people in front and behind the camera. Those things that make our brand special are our authenticity and the credibility we have when we speak to an audience. Those things are very important in a world where people have so many opportunities to consume content any time anywhere.

“Like those that have come before him, Peter Overton embodies those things. It is trench warfare this business – the daily grind of news and current affairs. And when we go to battle you want people like Pete beside you. He exhibits great professionalism, dedication, a great attitude, his care for Nine and his care for Nine’s people.

“We really can’t overestimate how people like Pete make Nine tick. On your 50th, we thank you for all you have done for Nine and all that you are yet to do.” 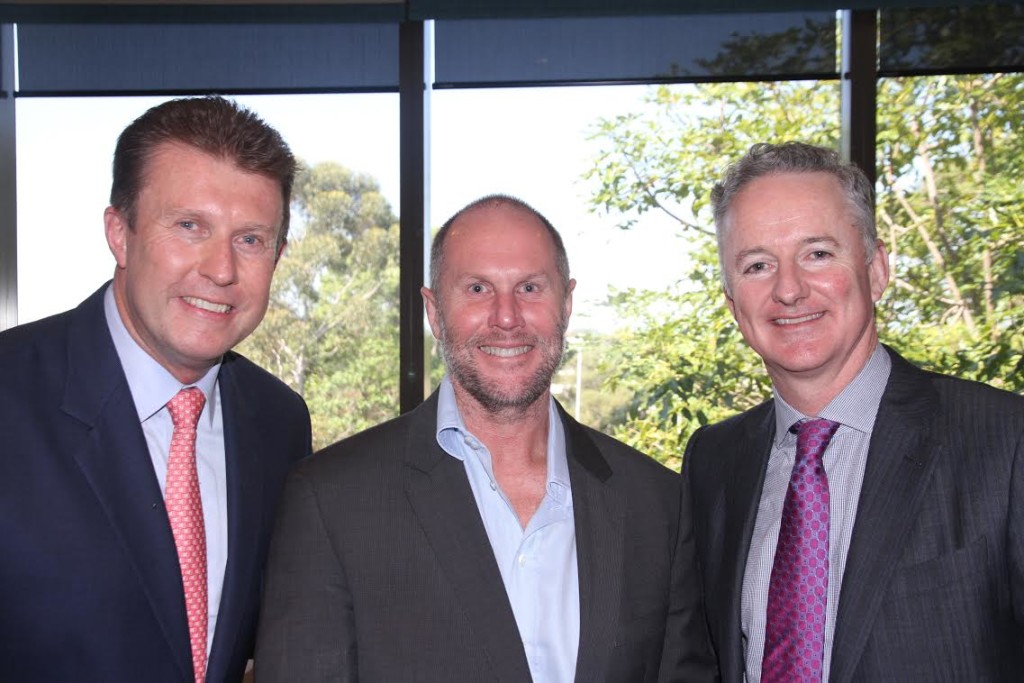 Wick then echoed some of the sentiments expressed by Marks, noting the Nine news brand was all about trust and credibility. “People need to believe in what we do, the integrity of the newsreader and the reporting staff and the credibility of the stories.

“What Brian did with Nine News when it was so successful for so long was to embody those qualities. Pete and Georgie Gardner have modelled their integrity on what you did. For that, our whole newsroom owes you a debt.”

In between the heartfelt thanks and the stats Wick was able to pull out of his memory, he couldn’t resist a couple of jokes. “Everybody tells you life begins at 50, but it doesn’t. [Laughs] It’s gone, buddy. A lot of you know about Pete and his typical battler upbringing on Sydney’s lower north shore. His father is an esteemed medical leader and his next-door neighbour a movie star [Nicole Kidman].”

Wick noted he had an incredible work ethic, and a devotion to community service that is little heard about. He also pointed out his devotion to his wife Jessica and their two young girls. Wick also joked that many people knew a lot about him after reading his wife’s book.

Starting at 2UE, Overton then worked at Sky Channel Racing and Seven News in Adelaide before landing at Nine in Sydney as a young sports reporter and presenter. “He was the Erin Molan of his day,” said Wick. “He also spent time around Ken Suttcliffe who in those days was a bit of a hard-ass who drove Pete hard and was into him about his pronunciations…which is a bit ironic.”

Overton later spent close to 10 years reporting for 60 Minutes before he moved into Nine News in 2009. “The news was in disarray,” admitted Wick, who then read out some press accounts of how bad a choice Overton was as a newsreader.

Wick has a good memory of how bad things were: “At our lowest point we were fourth in the ratings when we were beaten by Seven News, ABC News and TEN News.”
He is also crystal clear about the turnaround. “We had a great team and we went back to basics. At the end of 2009 we had started to make inroads into Seven’s lead. The first day we won the Sydney ratings was the first day of December in 2009. Tony Abbott had just rolled Malcolm Turnbull as opposition leader and we had Pete down in Canberra.

Overton finished off the formalities with a thank you to all who attended, thanking his team members by name and especially Brian Henderson for attending, Ken Suttcliffe for sitting alongside him at the news desk every night and Tracy Grimshaw, whose show A Current Affair follows Overton’s news each night.