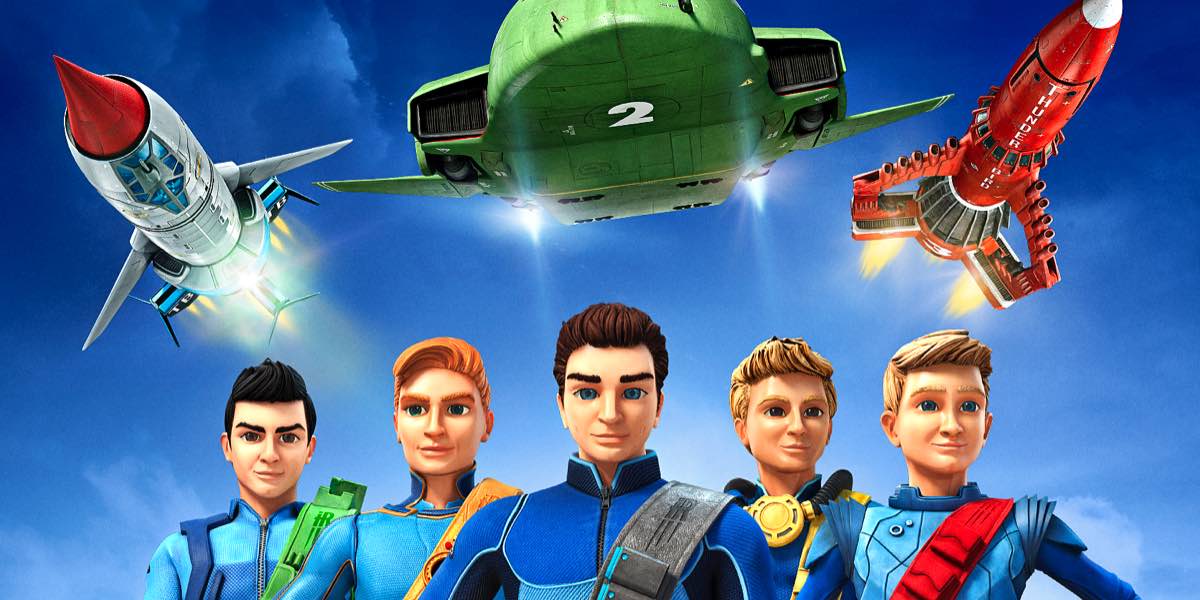 ITV Studios and New Zealand’s Pukeko Pictures have been commissioned by CITV to make a third series (26 x 30’) of Thunderbirds Are Go, the smash hit reinvention of the iconic children’s television show, to air next year.

Thunderbirds Are Go has also been acquired by Canada’s DHX Media in a deal with ITV Studios Global Entertainment (ITVS GE) and will premiere on its Family CHRGD and Family Channels later this month. In the US, the series will debut exclusively on Amazon Prime Instant Video on 22nd April, with a sneak preview of the one-hour special, Ring of Fire parts 1 and 2 available on 15th April, while it will subsequently air on the service in the UK, Germany and Austria later this year.

ITVS GE has already sold Thunderbirds Are Go to more than 40 countries worldwide. The series has enjoyed strong international ratings since it launched last year, 50 years after Gerry and Sylvia Anderson’s classic Thunderbirds series first aired. In the UK, Thunderbirds Are Go premiered on ITV and CITV in April 2015 to a consolidated audience of close to three million and continued to be the most watched show in its slot.

The show is also a licensing success, with more than 75 licensees on board the consumer products programme globally. In the UK, Thunderbirds Are Go toys were the second highest-selling new licensed toys last year, while Vivid’s supersize TB3 playset was recently voted the best action toy at London Toy Fair.

Steve Green, EVP, Kids’ Content and Distribution at ITV Studios Global Entertainment, said: “Thunderbirds Are Go goes from strength to strength, with this third series commission, Canadian sale and US premiere date following slot-winning ratings in every territory in which it has aired and a strong demand for consumer products. Thunderbirds Are Go is proving to be one of the most popular new brands in the international marketplace, and we’re looking to build on this success with new and existing partners this year.”

Clive Spink, Chief Executive Officer, Pukeko Pictures, said: “We are absolutely thrilled a third series of Thunderbirds Are Go has been recommissioned by CITV and to begin working on the production with our partners ITV Studios. We are incredibly proud of the success of Thunderbirds Are Go locally and internationally – the television series continues to do very well and as a licensing brand it is a strong performer at retail across the globe. With upcoming launches in the US, UK and Germany on Amazon Prime Instant Video, we are looking forward to another successful year for Thunderbirds Are Go”.

Jamila Metran, Head of Programming for CITV, added: “It’s a delight to be working with the wonderful cast and production team on this third series. We can look forward to meeting new characters, bigger rescues, more beautifully crafted models and much more of what has made Thunderbirds Are Go the big hit it is for CITV.”

About Thunderbirds Are Go
Featuring the world’s most famous family of heroes, International Rescue, Thunderbirds Are Go blasts the five brave Tracy brothers back on to television screens piloting their incredible vehicles into impossible rescues across the globe. Produced by ITV Studios and Pukeko Pictures in collaboration with world-famous Weta Workshop, the series is made using a unique mixture of CGI animation and live-action model sets, delivering a new level of action-adventure animation for today’s audience while paying tribute to the legacy of model locations from the original series.