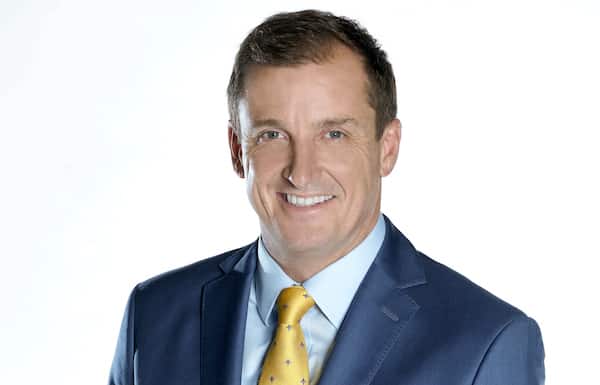 June 1 the date 4BC gets its new local breakfast show

Neil Breen has been named as the host of 4BC’s new local breakfast program in Brisbane, taking over from Alan Jones, who announced his retirement from radio earlier this week.

Breen is a multi-award-winning journalist who has been one of Nine’s most senior sports reporters and presenters for a number of years following a career in newspapers, during which he was editor of Australia’s largest selling newspaper The Sunday Telegraph, for seven years and sports editor of The Courier-Mail and The Australian.

“We are thrilled that Breenie is returning to his home town with a dedicated local breakfast show for Brisbane on 4BC,” said Tom Malone, Nine’s managing director – radio. “Local radio is an important part of any community and we know Neil is the perfect choice to provide Brisbane listeners with the very latest news and information.”

Commenting on his appointment, Breen said:
“4BC was a daily part of my life for decades, and to be going home to host 4BC breakfast and creating a show for the people of Brisbane that connects with them is beyond anything I could have dreamed of. I grew up in Brisbane, went to Brisbane State High School, studied journalism at QUT and did my first 13 years in journalism there. I was a cadet on the old afternoon Daily Sun in the Valley and was taught the ropes by old hardheads who worked hard and played harder.
“I then spent 10 years at The Courier-Mail, several as the chief police roundsman, and was appointed sports editor in my twenties. I’ve loved my time in newspapers and TV, but for me radio has always been a huge passion. I’m so honoured to be taking the mantle from Alan Jones.
“Radio has an intimacy and a connection with its listeners like no other medium and my program will be focused on telling the story of Brisbane. And I want the people of Brisbane to tell us their stories, particularly as we recover from the impacts of COVID-19. I want it to be their show.”
Breen joined the Nine Network at the end of 2012 as executive producer of Today and he has since been a sports reporter for Nine News Sydney, Sports Sunday, 100% Footy and the Sunday Footy Show.
In 2002, Breen won a Walkley Award for Journalism, and was a finalist again in the 2018 awards. He has won two Kennedy Awards, “Scoop of the Year” in 2012 and the Kennedy Harry Potter Award for Outstanding Television News Reporting in 2018. He has also won an Australian Sports Commission award for excellence in sports journalism and been a finalist several times.
He is married to the founder of Sydney suburban publishing business Local Publishing, Elizabeth Meryment. The pair met as journalists together at The Courier-Mail and they have three children together – Juliet, 15, Matilda, 13, and Harry, 5.
Neil Breen’s first 4BC breakfast show will go to air on June 1.