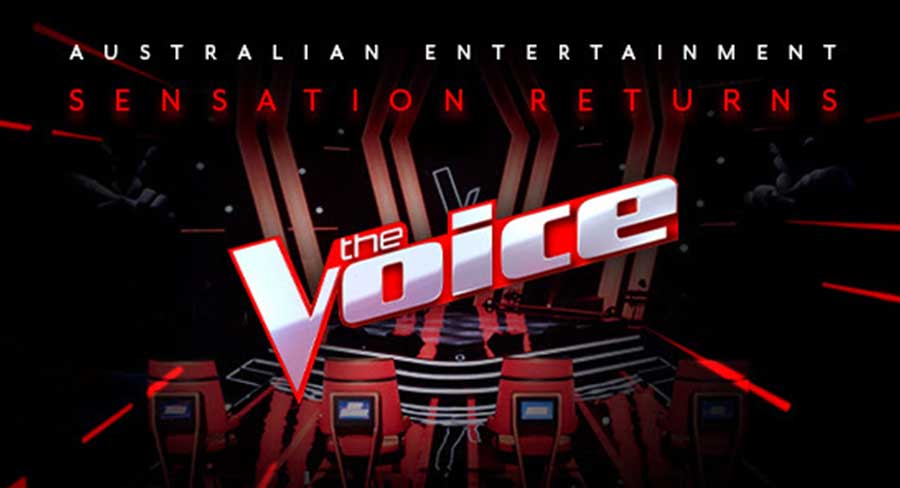 After a massive season last year, where it was the number one entertainment show every night it was on air, Nine has promised The Voice is bigger and better in its ninth season.

About two thirds of the 2020 season was completed before the COVID-19 lockdown, with just the live episodes left to broadcast as the competition gets closer to its climax.

Nine has release this information about the new season:

It is one of Australia’s biggest reality shows, making dreams come true and unearthing great voices for the whole country to appreciate. Nine’s Head of Content Production and Development, Adrian Swift, says:

“What makes The Voice so appealing to audiences is that it speaks to the power of people’s dreams and it really is a show about making dreams come true. It’s also because this is music, and music is a universal language. The show discovers people who can genuinely sing, and it supports Australian talent.

For the first time, all the superstar coaches from last season will return to the spinning red chairs to battle it out and choose the best voices for their teams: Delta Goodrem, Boy George, Kelly Rowland and Guy Sebastian.

“All four of our coaches are back this year which is amazing, as we’ve never had two seasons with the same line-up,” Swift said. “What this means is that they are free to play, and they are not trying to get the measure of each other. They genuinely like each other as a group of four.

“They’re all fighting much harder for the artist they want, which makes for a better show. This year as The Voice goes on, the coaches have the chance to save and steal different artists, and each coach ends up with a very strong team.”

New to the format is the dynamic hosting duo Darren McMullen and Renee Bargh, with their big presenting style set to perfectly match the big voices on the show.

Swift said: “McMullen rejoins us this year. He is your constant TV show professional and he knows all the coaches personally, which really helps. Bargh and McMullen are friends, after working in LA together, and two of the best presenters in the country. When you’ve got a stage as big as The Voice, you need big presenters to go with it.”

The search for raw and amazing talent in 2020 will once again be super-competitive as the All-Stars component returns.

“Some of our greatest singers return this year, itching to have another go, doing it bigger and better the second time after what they learnt from their first auditions,” Swift said.

With almost a decade-long history, The Voice proves to be an all-time viewer favourite that is never short of incredible talent, emotion and competition – and now fans can look forward to the best season yet.