Twitter likes politics and rugby, if this week’s stats are anything to go off

Nothing out of the ordinary in the non-sport Nielsen Twitter TV Ratings, with ABC TV programming and Game Of Thrones taking out four of the top five places. The upcoming election probably helped too: leading the list was Q&A featuring Deputy PM Barnaby Joyce, which saw an audience of 5.0k send out 32.5k tweets. Malcolm Turnbull’s decision to leave Bill Shorten to face Sky News’ The People’s Forum alone in favour of a 7.30 interview meant at least more of the Twittersphere was seeing blue – 7.30 saw 8.5k tweets from 2.2k people, compared to The People’s Forum’s 6.3k tweets from 1.5k people.

In sport, England’s victory over the Wallabies in the first game of the three-test series topped the list, with 2.7k authors sending out 6.9k tweets about the game. The Finals series of the NBA also gauged the Aussie Twitter audience, with games 2 and 4 between the Golden State Warriors and the Cleveland Cavaliers making the list. 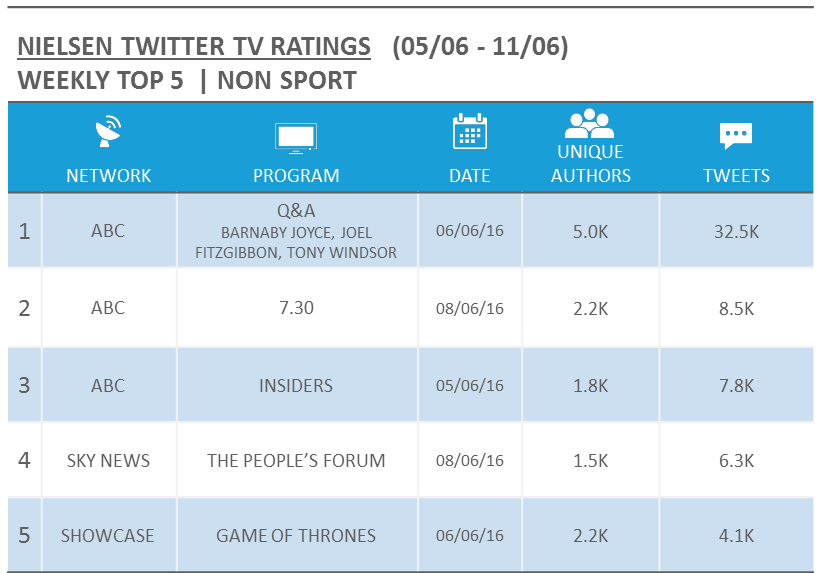 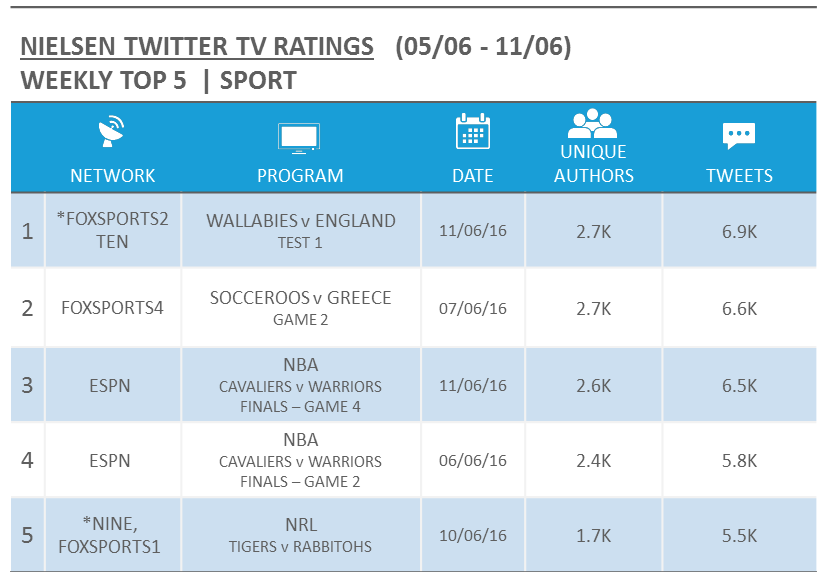