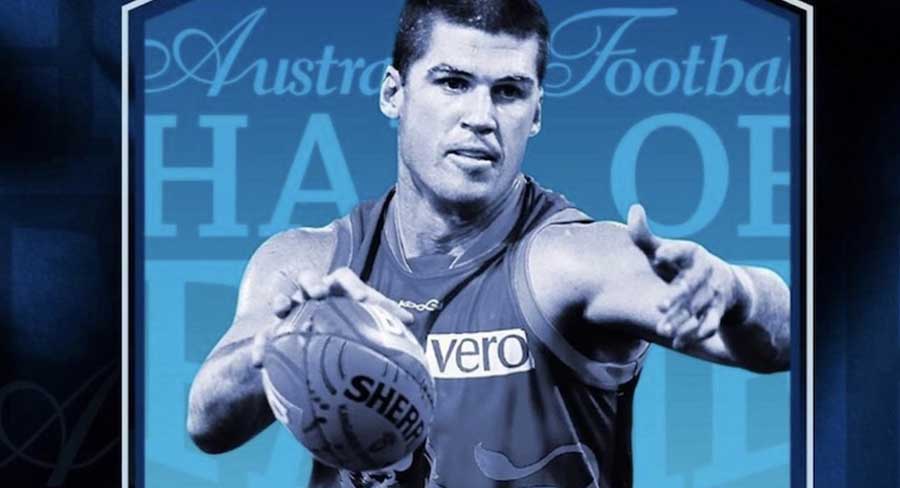 To celebrate this moment they spoke to a number of special guests including Brisbane Lion’s Leigh Matthews, fellow inductee Simon Black, AFL CEO Gill McLachlan and a special montage from his family.

Browny discussed how it was a very different Hall of Fame this year as he watched the show from home with his kids. Browny said, “I felt very privileged and reflective of how lucky I have been in my career and my life.” 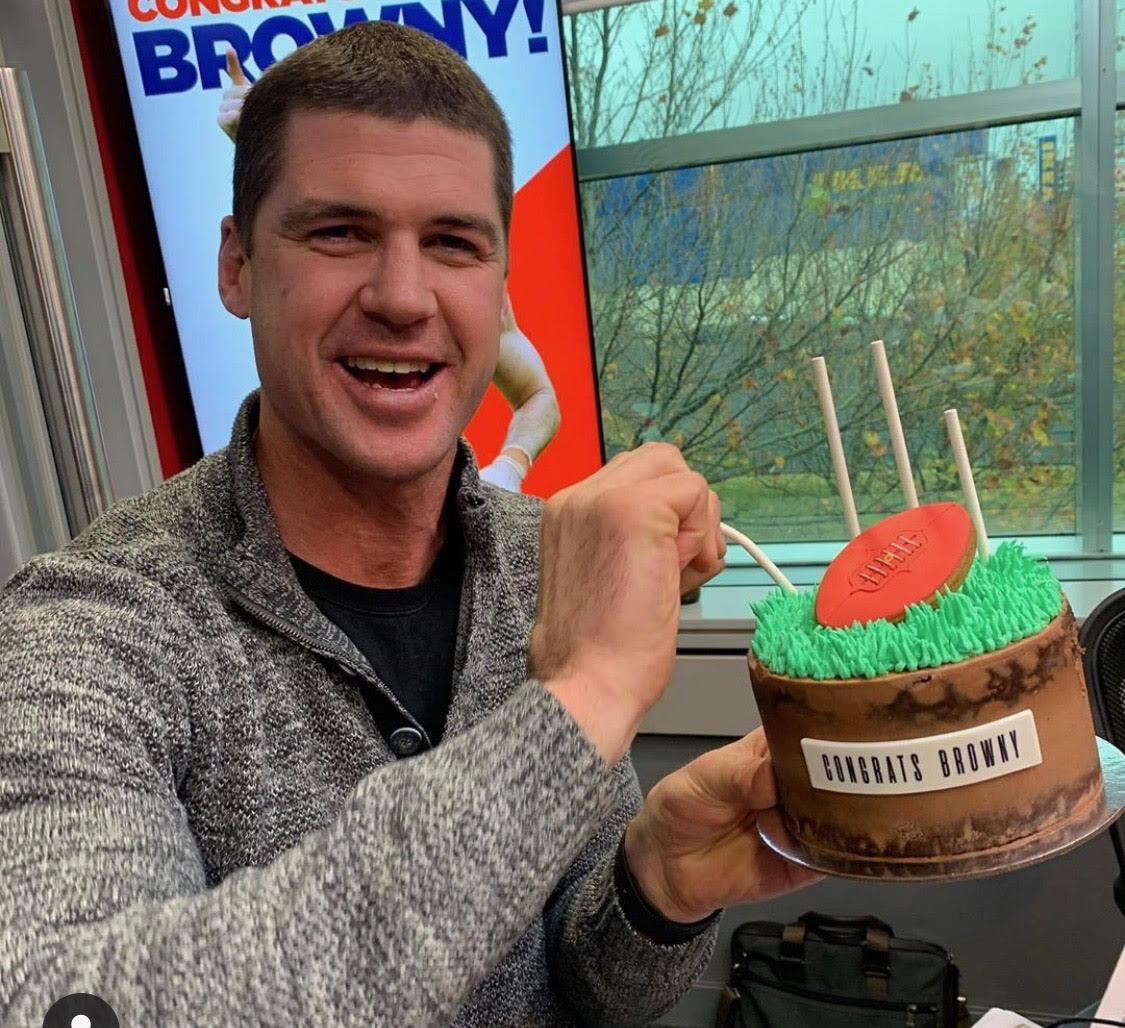 Browny discussed thanking his dad for igniting his passion for football. He got emotional talking about thanking his dad and the childhood memories that fuelled his fire to become the legend that he is. He talked about how his dad still is his hero.

Chrissie, Sam & Browny chatted to Browny’s former teammate Simon Black, who was also inducted into the Hall of Fame last night. They asked how he is going to celebrate today and he discussed it will be low key as his two and half year old daughter is dominating the house at the moment –

AFL CEO Gillion McLachlan called in to congratulate Browny. Gill confirmed that once restrictions are lifted they would do a proper event next year. Browny thanked him for the incredible job he is doing in protecting the AFL during this difficult time. AFL legend, former Brisbane Lions coach and 3AW and Seven commentator Leigh Matthews was a surprise guest on the show. 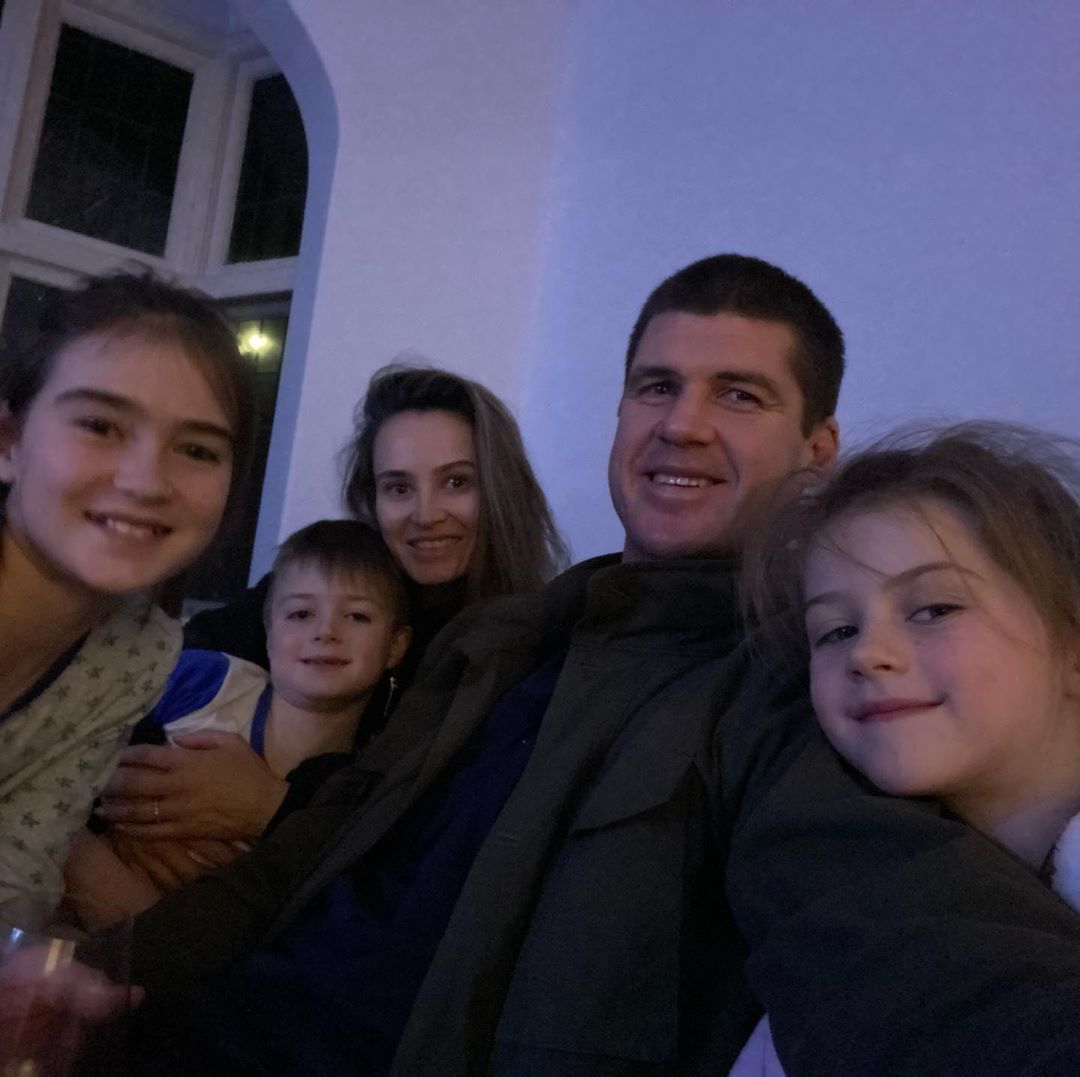 Brown’s Nova 100 breakfast colleagues paid their co-host a tribute in different ways. Chrissie Swan played a stunning version of Amazing Grace from The Voice last night. Sam Pang complained how Brown had sabotaged their mid-week program that was all about him. “Is there anything else happening in the world today?” Deano dedicated a Dojo Cat from their playlist!

At the end of the show a tearful Brown, who had just listened to recordings of his children talking about their dad, thanked his colleagues at Nova for their love today. “You are all beautiful people,” he said.