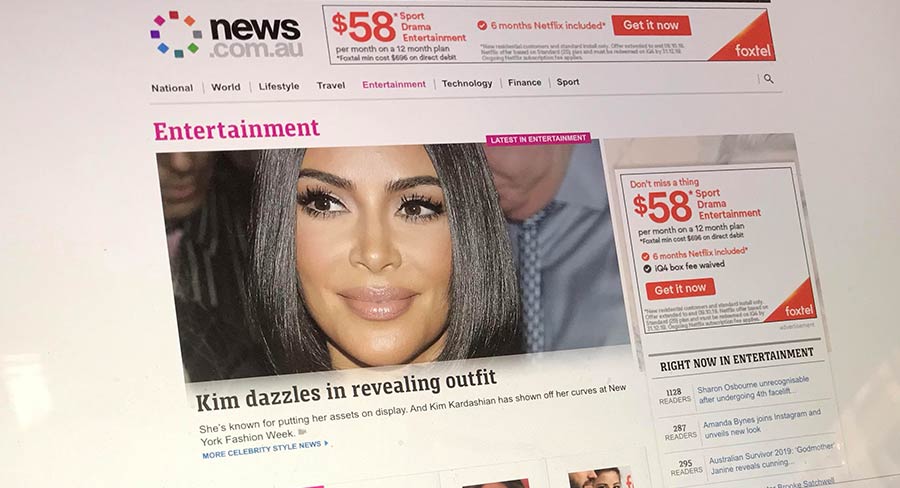 The August Digital Content Ratings data from Nielsen shows news.com.au continues to lead in the news category, albeit with a smaller audience. In July, Nielsen reported the news.com.au audience was 10.05m, that dropped to 9.40m in the August data.

In second place the ABC has managed to close the gap a little on the traditional leader with 810,000 users between the ABC and news.com.au. In the July data, the gap between first and second was 1.43m.

The top five remained unchanged in the August Nielsen numbers reporting on the size of the audiences visiting Australia’s biggest digital news publishers.

The next three places on the chart belong to Nine, The Sydney Morning Herald and 7News. And like all of the top five, these publishers saw their numbers down month-on-month. The biggest falls were at news.com.au and Nine.

The whole top 10 in fact held the same rankings they had a month ago. Of the publishers listed from #6 to #10, all but Daily Mail Australia recorded audience growth month-on-month. The UK import saw its audience slip from 4.28m in July to 3.70m in August. 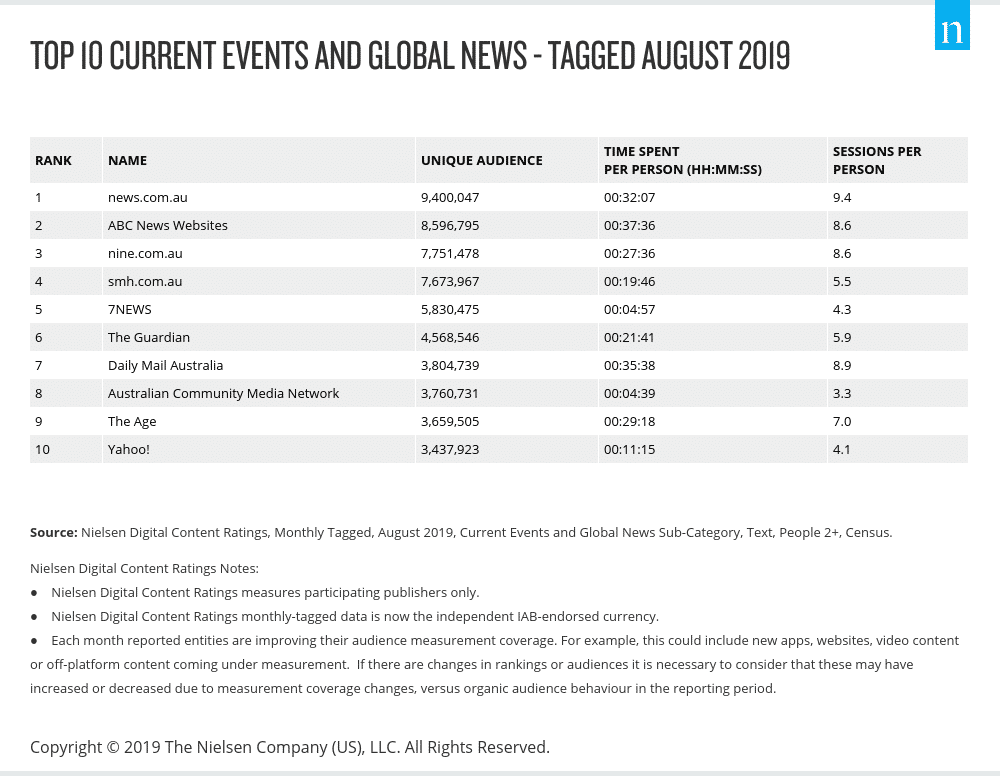