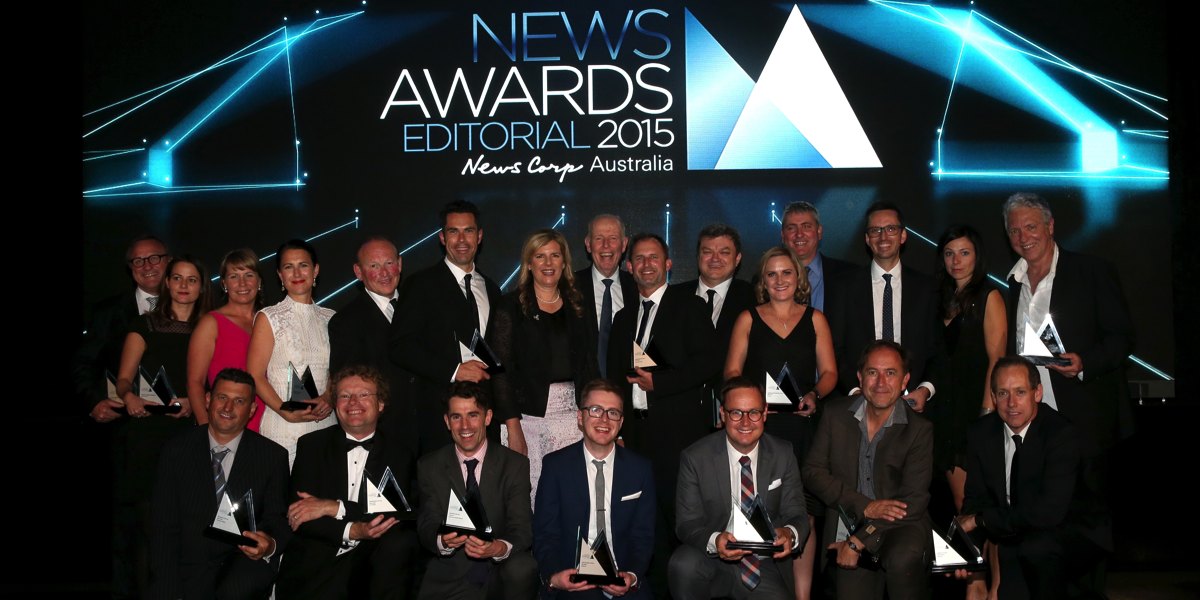 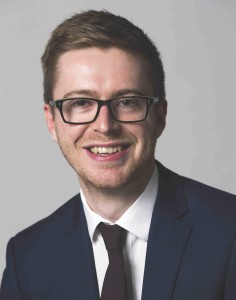 Starting with News Limited in 2012, Minear got his start in journalism through freelance sports reporting. He explains, “I found sport a really good place to start. It improved my writing and helped me make some contacts.

“Taking on a cadetship with NewsCorp established my career path. I’ve probably always had an interest in crime and politics.

“I had started doing a bit of casual work for the company when I was studying. I went to the University of Melbourne and did Media Communications there. I then got a job while I was studying and worked my way up.

“I’d done a bit of freelance sports journalism earlier at uni and it was something I was always very keen on. I always count myself pretty lucky because I knew jobs were pretty hard to come by straight out of uni. I’m just glad it worked out.”

It was the action far away from the footy field that saw Minear nominated this year. “The main story was one I wrote about Irfaan Hussein, who joined the Islamic State, and a lot of his mates who were in court for the ANZAC Day terror raids in Melbourne this year. There were also a few other stories regarding the rise of extremism and the terror threat in Melbourne.

“To win the award was a really nice honour and pretty humbling. I wish I’d written a speech. I was pretty unprepared. I had to get up there and not forget anyone.” Minear remains humble about his win. “You don’t really do it for awards or anything like that. It can be a bit of a hard slog at times – lots of days on stakeouts and tricky interviews. So, it is nice to get along to an awards night like that. And also to see my colleagues doing so well and being recognised was really enjoyable.”

Listening to Minear talk about his career, it’s clear that he maintains a very strong passion for news. “Since I was a kid I got hooked onto the idea. I’ve always been very curious. I read the paper every day as a kid. I’d read the Herald Sun, I’d read The Age, and The Australian. I suppose I just like that idea of going to work every day and not knowing what you’re going to do. I’ve always enjoyed the fact that…I’ve got night shift this week and I might be sent to a stakeout, or I might end up at a sporting event, or a red carpet premiere or something. It’s turned out to be a really fun job and I can’t imagine doing anything else.”

•  JAMES JEFFREY The Australian (Specialist Writer of The Year) 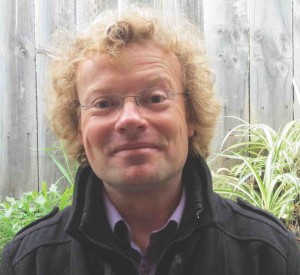 Putting his win into perspective, Jeffrey was grounded while hoping for a win at the awards, “I think about who’s in and who’s being considered for proper awards and what they’re up against. Think about Paul Maley and Bill Leak, both working in their own separate ways in quite threatening environments. Or Charles Miranda and Ella Pellegrini out there in Eastern Ukraine negotiating with Russian-backed records to get some pretty sensitive footage. Then, here’s me writing about Eric Abetz’s sphincter or something like that. It’s nice to think that we’re a broad enough church that I can be considered as well among all that.”

Jeffrey recounted that the package of stories that he submitted were “a bunch of favourite items in Strewth. One of them was about Bronwyn Bishop and it was before the helicopter period and I was trying to figure out if we’d reached Peak Bronwyn yet. There was Bruce Bilson, and my attempt to get a personality cult around him. There was an interactive drinking game I’d done for the website for The Killing Season. Really hard-hitting stuff.”

But are we past Peak Bishop? Jeffrey suggested, “I think the peaks are behind us now. At the time it felt very exciting, but now we’re down deep in the valley, wandering into the swamp. Who knows, she might come back yet.”

In winning an award for being the best specialist writer, Jeffrey expressed some delighted bafflement. “I’m still not entirely sure what it means, but past the mild confusion, it feels great. I can’t overstate just how chuffed I’m feeling about the whole thing at the moment. I’m basically building a shrine around the trophy. I think it’ll have to be mostly candles and pictures of Bruce Bilson in a sort of halo form around the trophy itself.”

Jeffrey concluded, “It was a great night. I was really proud to be a part of it. I used to be a bit sceptical about awards nights. And now I’m a firm believer.” 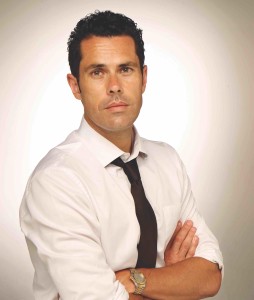 When submitting his package for this year’s awards, Maley was very clear about what he was after: “You’re looking for a spread of stories that reflects the breadth and impact of your work, such as it’s been. If I recall, I think I chose articles that demonstrated the research and the investigations that we’d done into Jihadis both in Australia and overseas”.

With ongoing reporting, will his award win impact on day-to-day reporting? “Not at all. I’m not a particularly list-driven reporter, much to the heartbreak of my various bureau chiefs. I come in every morning and just play it off the track. I just make phone calls and see what’s moving and see what’s shaking. Speak to my contacts. I feel my way through every single day. It doesn’t really change anything from my point of view. It’s nice to be recognised, but it doesn’t change the way I operate.”

Was Maley confident that he had a chance of winning the prestigious award? “I thought that we were competitive, but it was a competitive field. To be up against people like Charles Miranda and the cracking scoop that he got out of MH17. I never overthink these things. I was thrilled to be nominated and obviously thrilled to win, but I had no expectations about the outcome. I really didn’t. I mean you’re a fool if you overthink these things. And you’re a fool if you bank on the result because award nights, in my experience, can be very, very unpredictable.”

On stage when accepting his award, Maley gave credit to editors Chris Mitchell and Clive Mathieson for ensuring the story was given the coverage it required. Maley explains: “It was simply made clear by Chris and Clive that they regarded this as a very significant story and that it needed to be reflected in the newspaper’s coverage. So, senior reporters like me and Cameron Stewart, Greg Bearup, John Lyons and others have spent a lot of time covering it. There’s never been any direction – Chris and Clive have never said do it this way or do it that way. They’ve just given their senior reporters leave and latitude to find and break big agenda-setting stories. That’s the hallmark of Chris Mitchell’s editorship. Chris just wants his reporters out there breaking stories. The bigger the better and the more the better. That was very clear to me when I started at The Oz and it’s never really changed.” 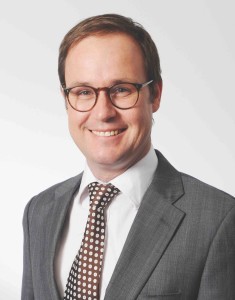 What does a win mean for a regional newspaper like the Townsville Bulletin? Editor Lachlan Heywood explains, “It’s affirmation that you’ve hit the target – a credit to the team and that you’re on the right track in terms of touching the community where you need to, observing their needs and those of your readers. It’s just a real pat on the back.”

For Heywood, the affirmation goes beyond the great work he and his team have undertaken, but extends to the importance of local papers in regional areas. Heywood said, “The reach and penetration that they have far outweighs other mediums and newspapers in other regions. What readers are looking for from their local papers is great coverage of their local areas [and] leadership in terms of taking their community forward. What sells local papers is great coverage of the area. You also have to remain innovative and relevant. So, relevance is the key. That’s the same for all papers, but especially so for regional areas.

“This year we’ve remained really relevant in the sense that we’ve run a lot of campaigns. We’ve campaigned for a stadium which has seen $100 million towards a stadium here from the State Government after more than 20 front pages and relentless coverage on it. We fought for the re-opening of an international airport here in this city for flights to Bali and other centres. That occurred earlier this year with the re-opening of the airport and the allocation of $20 million in the Federal budget for customs staff. We’ve run a campaign fighting for our returned servicemen in this city, our wounded diggers, and a fight against PTSD. We have the biggest army base in the country. Times have been tough here in terms of the economy, the drought, and the downturn in the mining. We’ve been running a campaign called ‘Making Townsville Great’, which involves a new business magazine that wraps around the paper that highlights the initiatives and the great things occurring in this part of the world”.

Can investment in an airport or football field happen without the assistance of a regional paper? Heywood believes it is crucial: “You often need the commitment and the power of a regional paper to push those things for sure. The push for a stadium wasn’t going anywhere until the Bulletin got involved. We did stickers, hashtags, an online petition…and that really holds government to account”.

With a large population in the Townsville region and such distance from Brisbane, Heywood notes just how important the role of his paper plays in local news. “There’s no doubt that part of the strength of the paper is that we are so far removed from other major city centres. The Courier-Mail sells papers up here and sells quite a few papers. But there’s no doubt that we’re the dominant player here. We have such a large footprint. We cover all the way from Bowen up to Innisfail, and right across to Mt Isa.”

Having won the award, how will the Townsville Bulletin team celebrate their victory? “We’ve sent out a note and I’ve got the trophy ready to go. I almost left it behind in a food court after winning it, but we’re planning on a bit of a celebration. I think it’s important to do that because of the hard work of the team. I believe this newsroom, for the amount of work we do, is more than any other comparable newsroom in the country. This year we’ve done a 13-part work magazine series, we’ve done a book, we’re about to do another book, we have done wrap-arounds. You name it. It’s been relentless.”