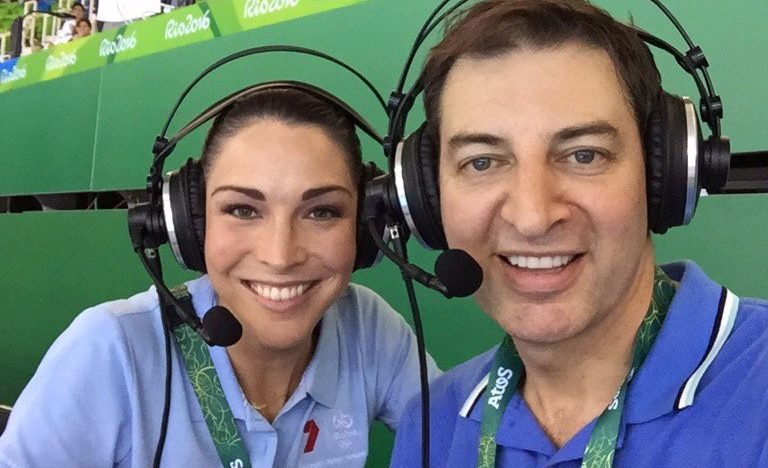 Seven’s primary share nudged 28% last night as the combined channel share pushed above 40% for the third time this week, thanks in part to 7TWO on 7.2%.

The Rio Olympics saw Seven’s Sunrise with an audience over 650,000 with a much anticipated basketball clash between Australia and the USA taking over the program from 8am onwards. The match continued until close to 10am, giving Seven its biggest daytime average audience since last Sunday with help too from the swimming coverage later in the morning.

Elsewhere Nine had its second-best share of the week thanks to live NRL and the AFL Footy Show.

TEN also had its second-best share of the week with The Bachelor its biggest contributor.

The Olympics day five started strongly for Seven with the Boomers v Dream Team and then the numbers stayed strong with coverage from the pool where Australia won another gold medal.

Seven set a new streaming record on Day 6 with 739,000 streams of the Australia v USA basketball match contributing to 3.7m across the day.

This is how the numbers looked for the end of day five and the start of day six: 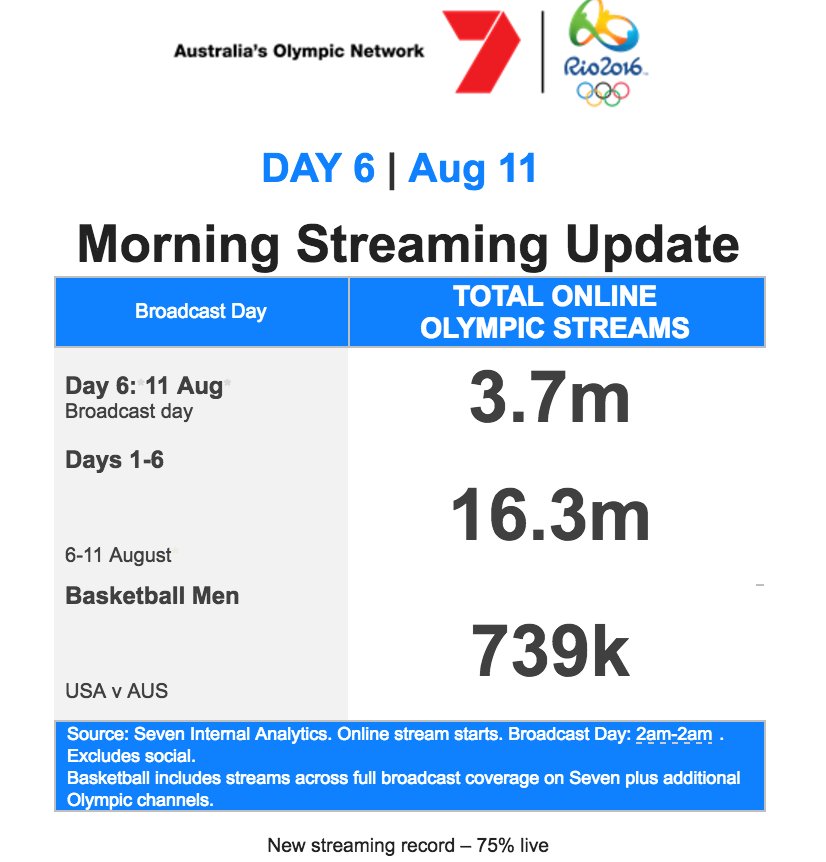