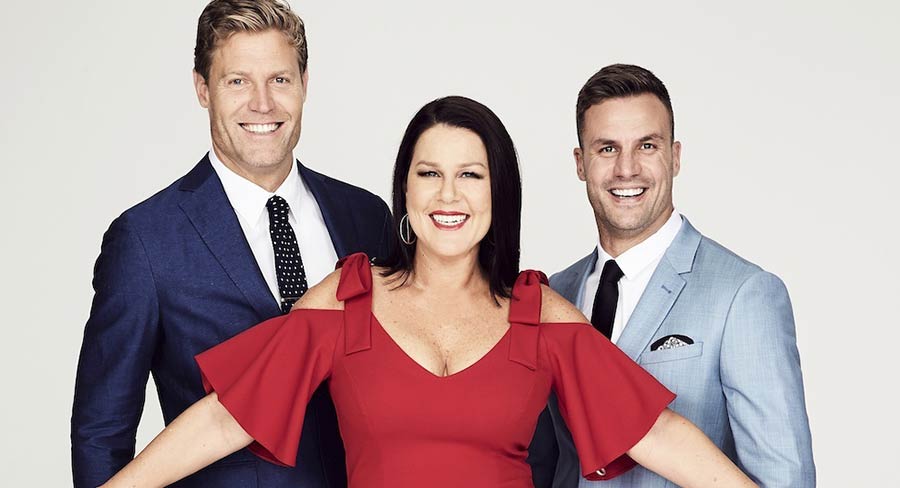 After rushing back from their duties in the South African jungle, I’m A Celebrity…Get Me Out Of Here! hosts Julia Morris and Dr Chris Brown go straight into pre-production on Chris & Julia’s Sunday Night Takeaway which launches on Sunday February 24, just seven days after the grand final of Celebrity.

Joining the hosts on the show is what the network has branded “secret spice to give your Sunday night extra zing” – former Nine NRL Footy Show contributor Beau Ryan.

Bursting out of the scrum and making a beeline for your Sunday nights, Beau will be pulling out all the strings when he hosts Chris Vs Julia each week.

In a head to head showdown, Chris and Julia lock horns in a test of mental and physical strength. The stakes are high, the consequences for the loser are dire. There’s no telling what will happen as they wrestle each other to the top of the podium. And, please note there may be wrestling involved.

Truly a man of the people, Beau will take some time away from shaking hands and kissing babies to host In For A Dollar. Creating mischief in cities around the country, he’ll invite unsuspecting punters to pay $1 for the chance to win a grand. If they’re “in for a dollar”, they must complete five rounds of crazy questions and hilarious tasks or walk away with nothing but a bruised ego.