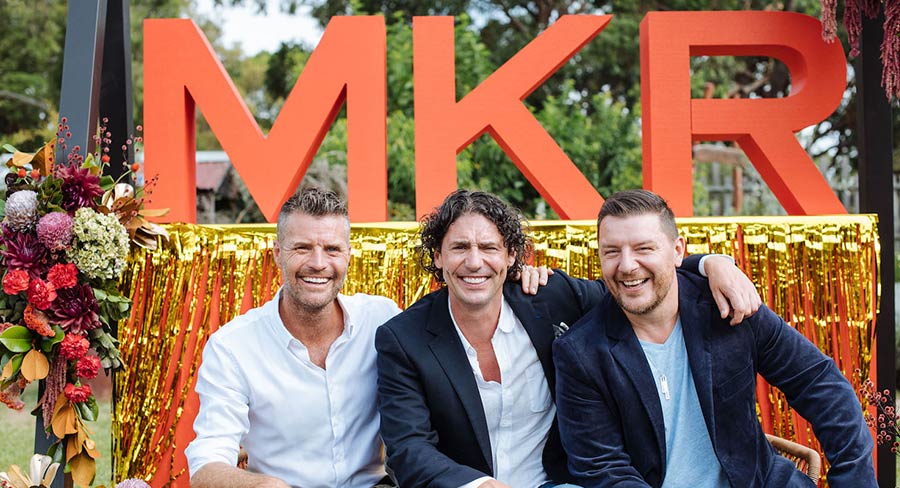 “We judge the food not the people”

Mediaweek has also released separate podcasts with both Pete Evans and Manu Feildel.

Do the best cooks always win My Kitchen Rules?

The people who think they have a good knowledge of food and think they don’t need to practice are the ones who go early.

Special highlights for year 10 of the cooking show

Manu: You would have heard this before. But every year we get contestants who can cook amazing food. This year there are contestants from Peru, Columbia, Middle East, Italians and so on. The food that comes from those parts of the world is absolutely delicious and looks amazing – we are learning ourselves and teaching the viewers.

There is always a bit of fighting. People who are nice at the beginning are a little different at the end.

Not everyone gets how the MKR format works

Pete: My only frustration with this competition is that we get a lot of negative feedback through the public who think it is rigged or scripted or that we choose the teams that are more controversial.

Hand on my heart, I can honestly say Manu and I keep the teams in the competition based only on one thing and that is what they cook.

I get a lot of hate mail when certain teams leave the competition. The judging is always 100% based on their cooking. People get emotionally attached to their teams or their favourites based on their personalities and not their food.

That is a really frustrating part of it because it is like they are questioning our integrity. We take it very seriously because there is $250,000 on the line and whoever wins, it will change their life.

Has the quality of the cooking improved over the decade?

Pete: I would like to think so. A barometer of that is how many scores of 10 we give out. This year we have given out more 10s than ever before. Sometimes when the teams first cook for us you can wonder if there are any good cooks in the competition. Quite a few don’t do well the first time they cook, under TV conditions, for a lot of people.

I have learnt that we should just let the process happen because sometimes the best cooks are the ones that do the worst at the start of the competition.

During the home cook, how bad does it need to be before you give advice or help out?

Pete: We never really help out. Manu and I are very professional in that we can’t favour any team. We can give them advice, but the way we do that is with a question. “Are you sure that’s the right way because I have never seen it done like that before.”

Colin [Fassnidge] is different and you cannot control him. Sometimes he might roll up his sleeves when in the kitchen. He can’t help himself, which is why we love him.

[Pete Evans is in every episode on the show. Manu doesn’t do the challenges, which is when Colin steps in.]

Tomorrow: Don’t miss our final day with the TV hosts as they talk about their interests outside the show. Read about Pete’s growing TV production business and Manu’s long list of commercial partners.