• New recruits have joined the Foxtel footy family for 2020

For a former Sydney-based Fox Sports production executive, Michael Neill has been doing a pretty good job running Fox Footy out of the AFL-obsessed Melbourne market.

Neill spent over a decade with Fox Sports before he was relocated to Melbourne to relaunch Fox Footy in 2012 after Foxtel again secured AFL rights.

The Fox Footy general manager is still enjoying the role at the specialist sports channel in his ninth year. At the launch of the 2020 season he told Mediaweek: “It’s fantastic and gets better every year.”

Hopefully the channel will have a chance to show off its 2020 products. At the time of writing a question mark still hangs over what the season will look like because of the coronavirus pandemic.

Neill was quick to reach for a sports analogy when asked about his challenges at the start of every year. “We talk about a bit like a footy team – if you just keep doing the same thing the other teams are going to go past you. We need to keep it fresh and keep reinventing. At this time of year, it is pulling it all together and getting ready to go on air.”

For 2020 season Fox Footy viewers might see the channel having a bit more fun. “We will have a few new shows like Premierships and Footy Trips with Adam and Symon from Gogglebox. Other changes include Nick Riewoldt joining the On The Couch team.” 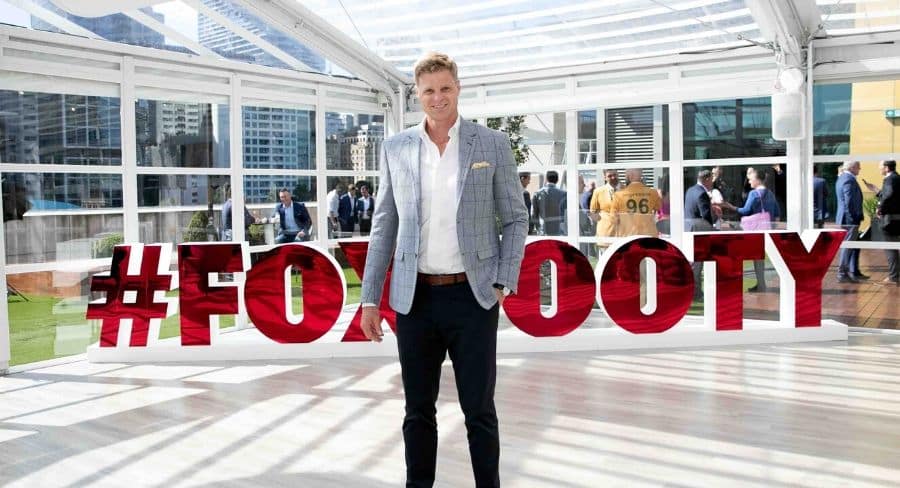 Nick Riewoldt joins On The Couch this year

It seems there is never any shortage of new TV recruits. Most of the channel’s talent are former players and when a major footballer ends his or, in the case of AFLW players, her career they will usually have had some sort of relationship with Fox Footy over their playing journey. “We are always keeping an eye out, talking to players and talking to their managers,” said Neill.

“When Jordan Lewis finished last year, he had already been guesting on AFL360 for a few years and he was a natural to make the progression into a fulltime commentary role.

“Because of the variety of shows on what is a 24/7 channel we can provide an opportunity that won’t pigeon-hole a player into a particular role.

“Someone like Bob Murphy is a great example. He is a bit quirky and a bit different, so his show is exactly that. We don’t try and force a player into a predetermined stereotype as a commentator. We find out who they are and make them the best media person they can be.”

Potential media performers at the end of their career are usually pretty easy to pick. “By the time they are finishing their career the ones that are keen to get into the media have usually shown some sort of inkling they want to go that way. If we see guys we like we might try to get to them a little earlier on and get them to do regular stuff for us.

“For AFL 360 this year we have Max Gawnand Eddie Betts joining us as regular guests every few weeks. They are slightly more mature and we feel they have something to offer. They can offer something a little different and they also have lots of personality.” 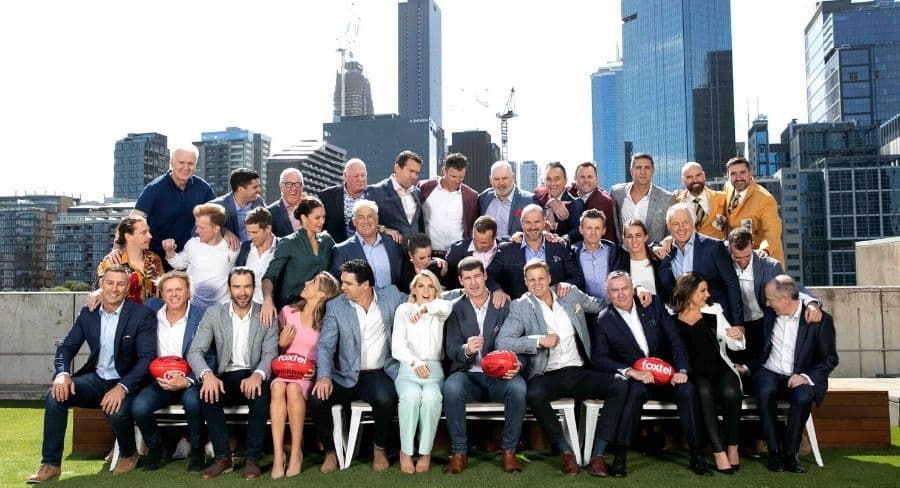 The Fox Footy team prepare for a group photo

Fox Footy doesn’t offer any formal media training, but it does team newcomers with some of its experienced commentators like Anthony Hudson to give them feedback and to help them understand the medium.

Neill explained: “We don’t just chuck them in front of the camera and say ‘Do your best’. We ask them for ideas and subjects so when they are on air they are informed and keen to talk about it.”

Keeping the graphics sharp and simple

Fans of Fox Footy have become used to innovative graphic packages which include layover scores on the field of play or flags unfurling from the grandstand roofs. “We have a few little tricks this year,” teased Neill. “We have a few options up our sleeves. We are always looking to try and tell a story related to the game in an interesting way. The brief to the graphics guys is how can you enhance the story of the game – make it better and simpler to understand. Don’t make it more complicated.”

The AFL has yet to pull the lever on a permanent Thursday night slot, with nine matches scheduled this year. “We like Thursday night footy,” said Neill. “Any time we can get another game during the week is a great thing for us.”

Fox Footy is making some tweeks to the pre, post and half time hosting of the Thursday and Friday night football feed the channel takes from Seven. “We have changed The Lab this year. We will still also be at the ground when games are at the MCG.”

While Neill talked about having fun at the footy, he also talks about “respecting the game” during the match. “We tend not to encroach on the ground during a match, we do a bit before and after on the field. We want to show people ‘authentic access’, not just interviews for the sake of it, and not be intrusive on game day.”

Fox Footy would still like a bit more access to teams post game, but the channel boss says it has changed much for the better during his time. “I like it in the NBA or the NFL when all the media are in the rooms after the game. It is almost chaos, but I like that chaos.”