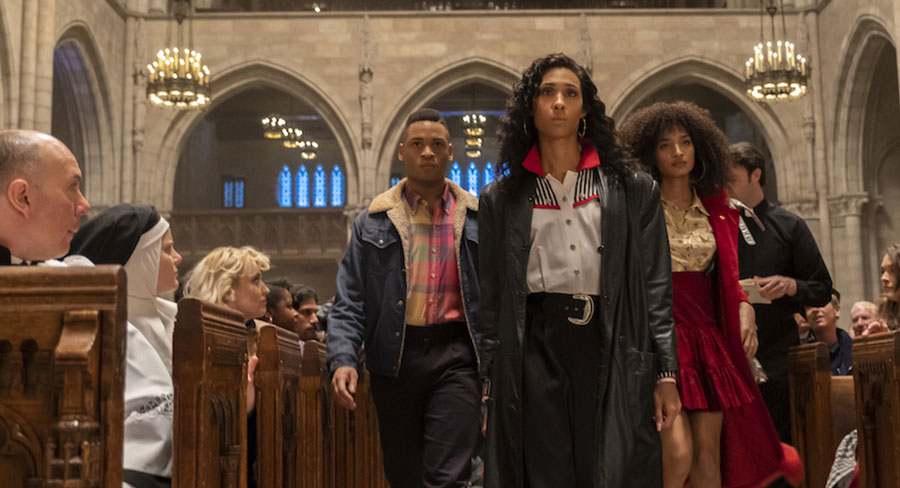 • Euphoria owes a nod to those that blazed the way for it.

School and sex are two themes all teen dramas have in common. Which is why the first episode of Class of 74, Australia’s teen drama, and Euphoria, HBO’s first teen drama, both feature a virgin being deflowered.

Saucy stuff for 1974 and the Australian Broadcasting Control Board was quick to tell Seven that wasn’t allowed in a G rated timeslot. Forty-five years later, however, Euphoria (9.30pm Monday on FoxShowcase) pushes the limits of its MA15+ rating and becomes the most explicit teen drama ever made.

Class of 74 begat The Restless Years (1977 – 81) where school leavers often ended up working as hookers for the evil Rita Merrick (Joy Chambers). In Euphoria, sex work in the internet era requires no pimp or madam, and everyone has a fetish. HBO has always loved a good dose of sex and nudity, but without Game Of Thrones, Euphoria will garner controversy by showing multiple penis shoots, but without any female full frontal nudity … yet.

It is also a long way from Beverly Hills, 90210, which is coming back with the original cast to play “heightened versions of themselves” in BH 90210. Good luck with that, but it sounds very pale in comparison to Netflix which is awash with its own raunchy teen dramas Riverdale, Sex Education and 13 Reasons Why.

Disney fans are used to teen actresses “growing up quickly” so Zendaya playing a drug addict in Euphoria won’t shock too many. But Grey’s Anatomy fans may not be prepared for what Eric Dane gets up to with trans teen Jules (Hunter Schafer). Less shocking is the second season of Pose (Sunday of FoxShowcase), which still has the biggest trans cast on TV but has now time-jumped to the summer of 1990 when Madonna released Vogue. Pose is about family but Euphoria needs to figure out what it is going to be after the shock value wears off.