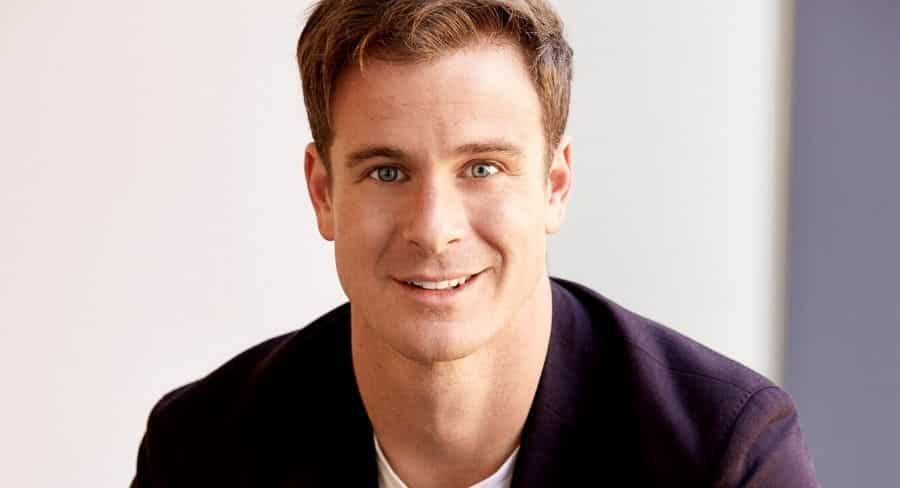 • The editor of Men’s Health, Scott Henderson, spoke to Mediaweek

Men’s Health magazine, edited by Scott Henderson, had a turning point this year. From dipping into new mediums and collaborating at times with sister brand Women’s Health, Men’s Health has had their best-selling issue in four years and unbelievable reception to its new podcast. Henderson told Mediaweek how they reach male audiences through what is more popularly a female’s product, their partnerships with magazines within the Pacific network, and the importance of sourcing locally produced content.

Henderson said what sets the magazine apart when you look at the men’s lifestyle and fitness space is they are a lot more holistic. It’s looking at men’s health and lifestyle not as isolated areas; it’s not just working out, or just nutrition, or just style, or just mental health. It’s all of those aspects combined together. “It’s just recognising where everything fits in that health and lifestyle ecosystem,” said Henderson. “We always say our approach to health and lifestyle is aspirational yet attainable. We don’t want to be putting out a message that’s unrealistic.”

A personal highlight for Henderson this year has been making that conscious decision to reflect modern masculinity and modern health. “There’s been a period where Men’s Health dipped into that ripped guy with shiny abs and big biceps against a white wall, and that was the formula, whereas this year we’ve had Kelly Slater on the front cover and the photoshoot in Hawaii. We also did a cover with someone like Liam Payne who you wouldn’t think is a traditional Men’s Health cover guy but it was focusing on his mental health story; it’s important to explore those deeper issues.” 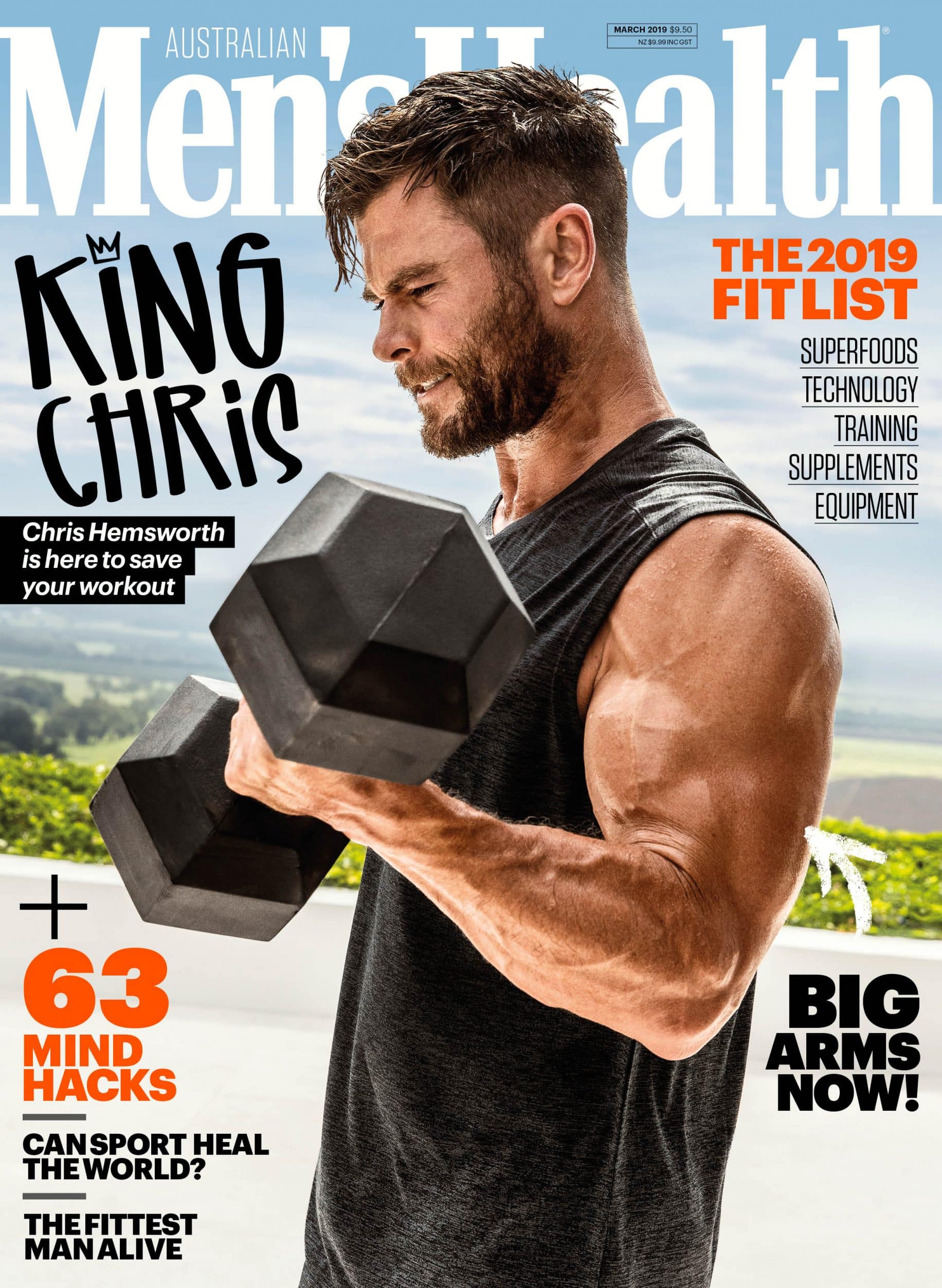 Henderson told Mediaweek that the editor of Women’s Health Jacqui Mooney has revitalised the Women’s Health brand into this mega-brand, which has set the benchmark for Men’s Health. “We started the year with our Chris Hemsworth and Elsa Pataky Men’s Health and Women’s Health covers. “They put a huge spike in sales; Chris was our best seller in four years. It was a phenomenal way to kick off the year.

“Jacqui and I bounce ideas off of each other all day and we’ve definitely got exciting plans which I can’t exactly reveal yet for 2020; but more joint covers and joint events are what we’ve got in the pipeline. We know that our audience wants to hear what a woman wants and they want to hear how to impress a woman. We have the Women’s Health brand right at our fingertips and it’s great to have those resources on tap.”

Men’s Health also did a campaign with marie claire leading up to Father’s Day this year that focused on paternity leave equality. “That was another great partnership within our network and doing these photoshoots together, creating content together and really amplify something that has meaning and cause.”

Henderson said there will always be a space for men’s media because men consume media very differently to women. “Even when we do stuff with Women’s Health or marie claire, we are acutely aware of how we position our messaging. There are magazines out there in our market that would traditionally be seen as competitors, but the exciting thing about magazines now is that they’re brands, they’re not just magazines.

“The rules are changing. There’s no reason why we can’t collaborate. What’s good for one brand is good for the industry; we want our competitors to thrive and survive because that drives demand to men’s magazine brands.”

Introducing the first podcast for Men’s Health was one of their biggest highlights for the brand this year –co-hosted by Henderson and Lincoln Lewis which was launched with their ‘Strength’ issue. “We launched our first podcast this year called STRENGTH SESSIONS. It’s interviews with men who have exhibited extreme physical, mental or emotional strength. The podcast is such a positive experience; the response from the audience has been great. I think having someone like Chris Hemsworth featured as a guest speaker definitely helps,” laughed Henderson. “It’s refreshing finding new mediums and being able to tangibly see there’s a space for Men’s Health beyond the pages.” 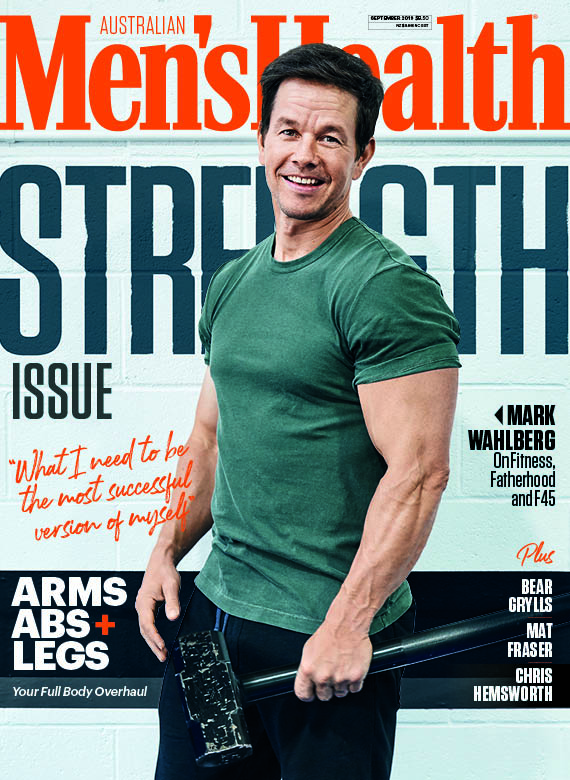 One of the print highlights for this year is all of Men’s Health’s covers have been locally produced and all of their interviews have been produced by the Australian team. That’s something that’s been unprecedented in Men’s Health Australian history. “We usually pick up quite a few covers and stories from the US and the UK, but we’ve now had a run of 13 locally produced covers.

“When I said men consume media differently to women, well Australians consume media differently as well. It’s a different climate to the US and we care about different issues so it’s something we’re very conscious about. Australia’s very advanced with the mental health conversation and we can create content on where we are up to; we don’t have to use that American or UK voice which can sometimes be a little patronising or behind on where we are. In saying that, there are areas where overseas territories are ahead of us and we can take inspiration from that and adapt it to an Australian audience as well.”

In regards to their plans for the new decade, Henderson told Mediaweek they are wanting to continue on building on what it’s achieved this year – which has been a big turning point for the US Men’s Health a brand – and bring all those aspects of health and lifestyle together. “We will continue the mental health conversation and how nutrition, health and fitness plays into the mental health aspect. I look at Women’s Health as a source of inspiration, and the scale of the events they’re putting on. We definitely have plans and we’re implementing them at the moment across our brands as well as Men’s Health soley.

“2020 is also an Olympic year and although we’re not a sports magazine, sportsmen are obviously quite a large part of what we do. It’s an exciting time for health and sport going into the new decade. There’s a lot more we still have to learn about health as a society so hopefully we’re the ones who deliver.”