• There have been two noticeable entries to the charts this week

The Mandalorian has made it four weeks in a row at #1 on the TV Demand charts in Australia and New Zealand as it gets closer to closing out the year on top. To help it out the Disney+ series still has two episodes left to air from its first season.

There have been two noticeable entries to the charts this week, the first one is Netflix’s The Expanse, which is based on the series of novels of the same name by James S. A. Corey. The series follows a group of antiheroes in a future where humanity has colonized the Solar System as they unwittingly unravel a conspiracy that threatens the system’s fragile state of peace. The fourth season was released on December 12 with a fifth season already confirmed.

The second new show is Amazon’s The Marvelous Mrs. Maisel which released its third season on December 6. Following the success and popularity of the first two seasons of the show which included Golden Globe and Emmy wins the second season was highly anticipated.  The series stars Rachel Brosnahan in the lead as a housewife in the 1960s decides to become a stand-up comic.

While the top of the charts looks pretty set for the rest of the year there could be some movement in the new year with former #1 Brooklyn Nine-Nine releasing its third season on Netflix on January 6. The show is currently #7 on the Overall TV Shows chart in Australia. 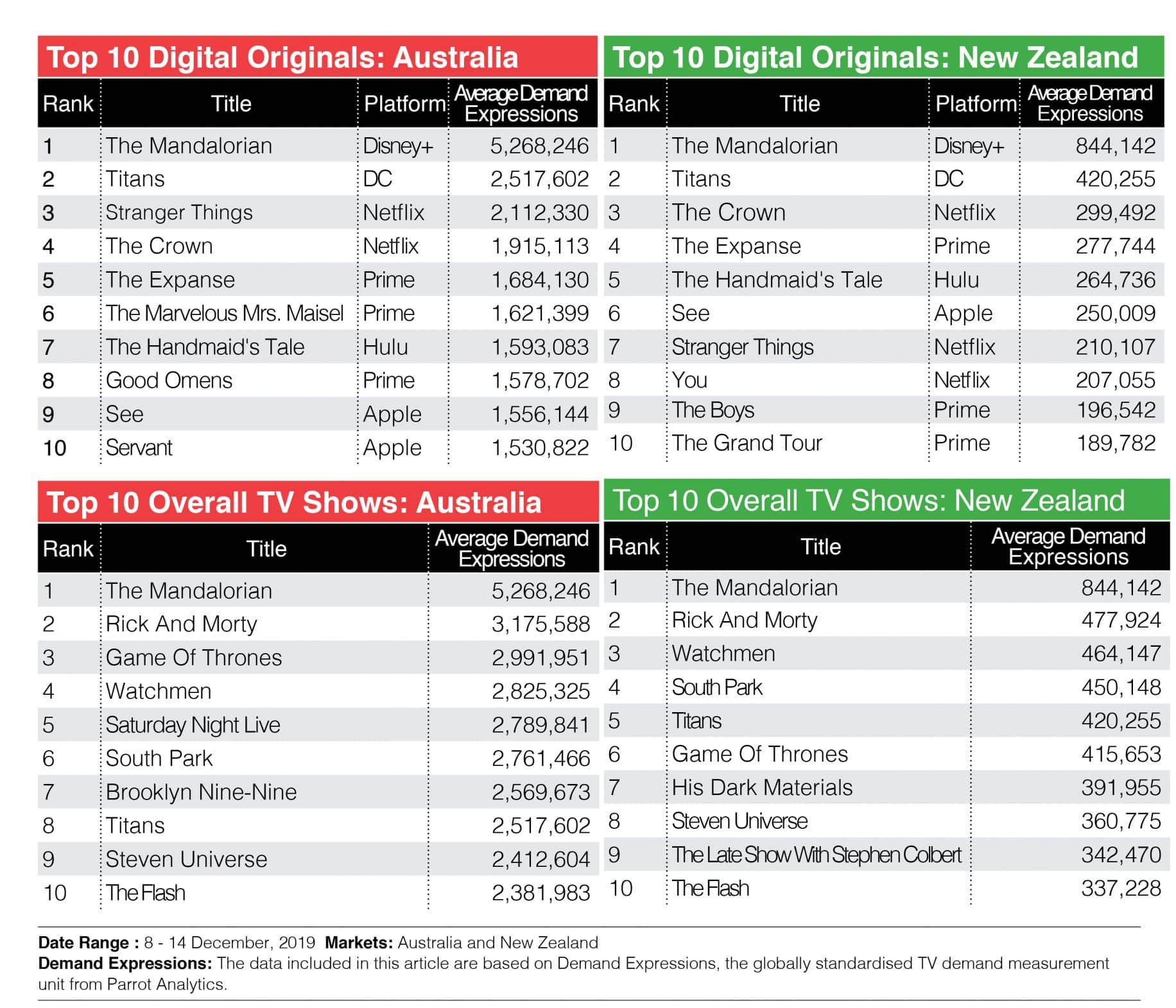