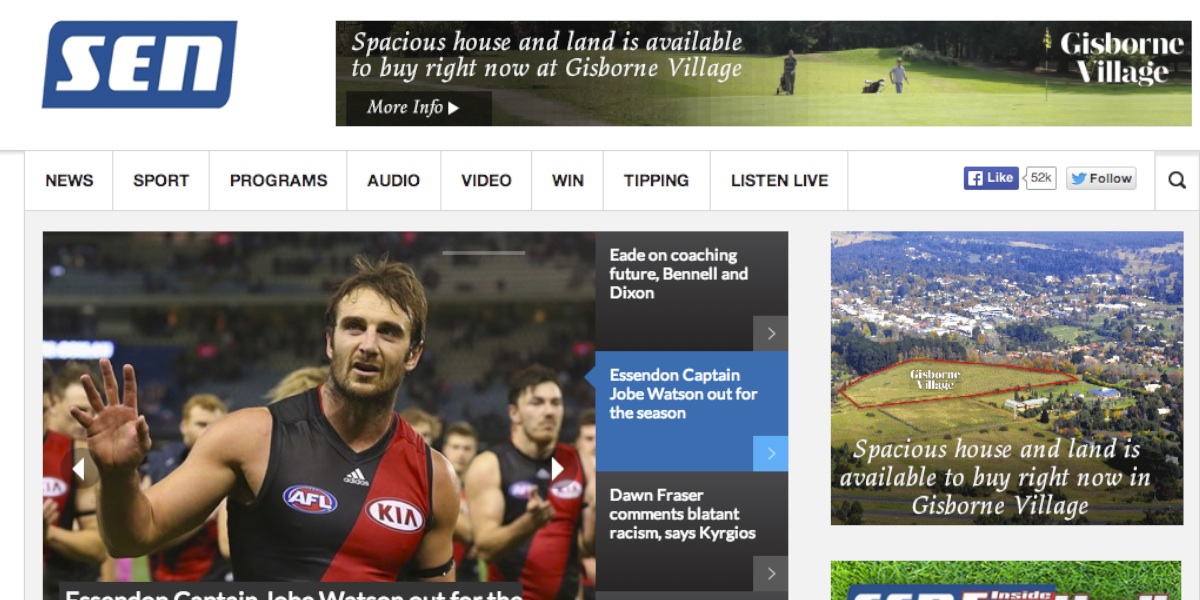 SEN radio has shut its newsroom.

The day after GfK survey 4 2015 results were released, Melbourne’s SEN radio has shut its newsroom. As of midday today, SEN will continue without a newsroom, with its news to come out of Macquarie Radio Network’s 3AW Newsroom.

After the news broke online, Mediaweek spoke to former SEN reporter Andrew McCormack who confirmed the closure. McCormack said that including both casual and full-time staff, the redundancies would total six or seven journalists. Despite being a dedicated sports radio station, the Pacific Star Network station will not produce any original news content for SEN anymore, he said. “It’s all Macquarie now. It’s still being discussed by higher ups, but unfortunately we used to have a top of hour bulletin which had news and sport, and we also had what we called SportsSENtral which was on bottom of hour, which was a two to three minute sports news bulletin. That won’t happen anymore, it’s still up in the air as to if they’re going to have a one-reporter kind of sports news extended update throughout the day,” McCormack said.

The company has yet to comment on the newsroom’s closure.

As well as SEN, Pacific Star Network owns Gold Coast-based publisher Morrison Media, scooping up the publisher of frankie and Surfing Life last year. At the time, Pacific Star CEO Barrie Quick told Mediaweek that growth at the diversified media company would come from acquisitions. “We’re not planning to develop new publications, we want to broaden our activity and diversify our portfolio through buying other media companies,” Quick said.