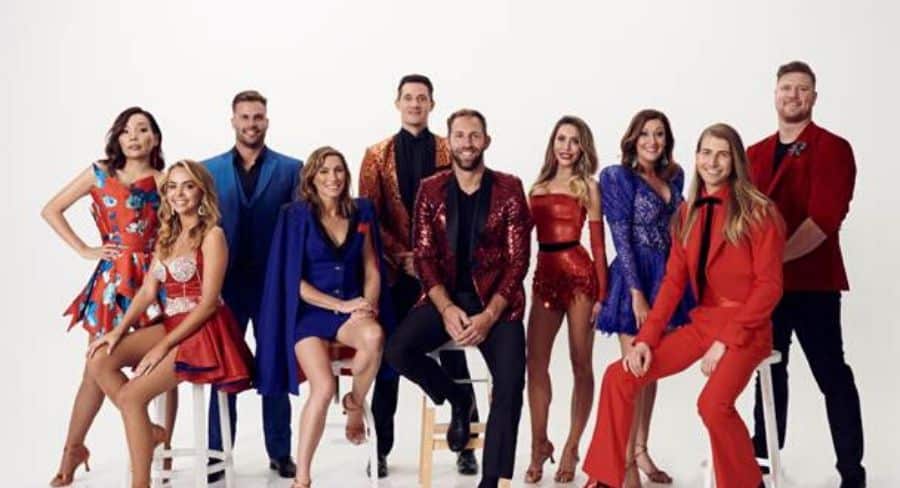 Dancing with the Stars welcomes a star studded line-up of celebrities who will be hitting the dance floor when the show premieres on Sunday, 9 February at 7.30pm live on 10.

Karvan’s name is synonymous with iconic Australian dramas including Love My Way and The Secret Life Of Us, but stepping out of the acting world and into the dancing world could be her greatest challenge yet.

Joining Karvan are resident jokesters Kavalee and Pacquola, who will be hoping that they don’t become the butt of everyone’s jokes as they attempt to quickstep their way to the mirror ball trophy.

Fresh off the plane from America. there’s actress and performer Lattanzi. As the daughter of Australia’s sweetheart, Olivia Newton-John, Chloe is no stranger to the spotlight.

Known for being wrapped up in controversy, a highly publicised cheating scandal, and a marriage at first sight, reality TV star Wells will be officially waltzing away from the dramatic dinner parties, and cha-cha-chaing his way onto the dancefloor.

After playing 256 AFL games and winning a premiership, you’d think Cloke has jumped over his fair share of hurdles throughout his career. But his biggest one awaits when he attempts to swap the footy boots for dancing shoes.

Then there’s singing sensation Im, who is no stranger to the stage having represented Australia at Eurovision Song Contest 2016.

Fresh from finding love, Australia’s favourite bachelorette, Kent, will be swapping roses for rumba, and cocktail parties for dance parties.

And not one to shy away from a challenge, The Amazing Race Australia host Ryan will be hoping that he’s picked up some dancing skills on his recent worldwide adventures.

Last, but definitely not least, podcast guru, model, socialite, TV presenter Wilkins is no stranger to the entertainment world.

Hosted by 10’s dynamic duo Amanda Keller and Grant Denyer, Dancing With The Stars sees ten illustrious celebrities paired with professional dancers to compete in a dance competition oozing glitz and glamour, to win $50,000 for their chosen charity.

Under the watchful eye of the three judges – Craig Revel Horwood, Sharna Burgess and Tristan MacManus – the pressure is on to ensure the celebrities don’t put a foot wrong and risk elimination.