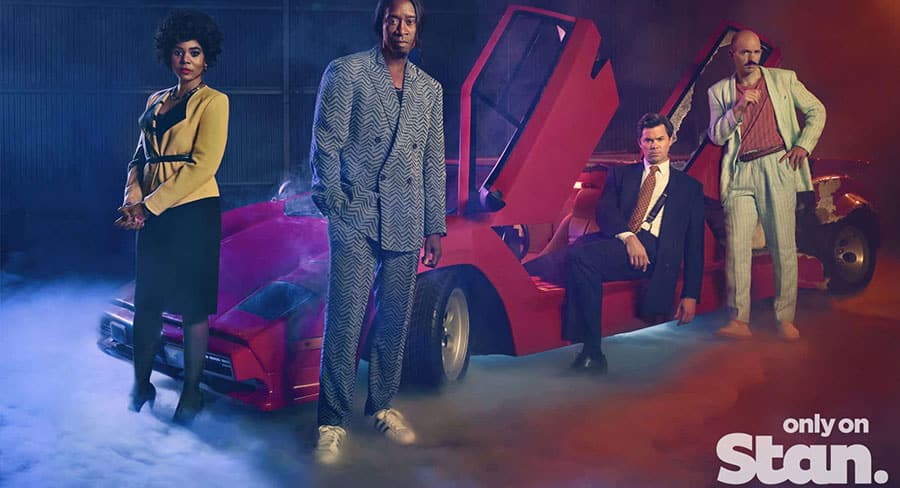 The top spruiker of fizzled music streamer Guvera has been banned from managing corporations, with the regulator raising concerns about his involvement in “significant conflicts of interest”, reports AFR’s Liam Walsh.

The move comes as Darren Herft, from the Gold Coast’s elite Sanctuary Cove district, has in recent months as Guvera chairman been trying to revive a streaming service that has already raised $180 million.

The Australian Securities and Investments Commission on Tuesday announced the two-year ban on Mr Herft.

The exec, who is to begin the role on Jan. 20, is to focus on expanding Red Bull’s programming ambitions. McDaid, who has been based out of London for the last three years, will relocate to Red Bull HQ in Salzburg, Austria, for the role.

Formed in 2007, the entertainment arm of the popular energy drink company produces and licenses short-form and long-form programming, as well as feature films. It has a focus on sports, culture and lifestyle content, and owns Austrian TV network ServusTV, factual production company Terra Mater Factual Studios and a third-party content library known as the Red Bull Content Pool.

Red Bull Films and HBO recently partnered on “Any One of Us,” on pro mountain biker Paul Basagoita. Meanwhile, in 2018, Red Bull Media House teamed up with Berlin-based space pioneers PTScientists to be the exclusive media production and distribution partner for “Mission to the Moon,” the first private venture to land on the Moon.

Variety has confirmed that McDaid departed National Geographic over the holidays.

The comments represent a rare public dispute among members of the Murdoch family about News Corp’s editorial direction.

They come as the bushfire crisis ravaging Australia has focussed attention on the climate coverage in News Corp mastheads such as The Australian, The Daily Telegraph and the Herald Sun.

“Kathryn and James’ views on climate are well established and their frustration with some of the News Corp and Fox coverage of the topic is also well known,” a spokesperson for Murdoch and his wife told The Daily Beast website.

James Murdoch continues to serve as a News Corp board member but plays far less of an active role in the company than his brother Lachlan, who is co-chairman of News Corp and the chief executive of Fox Corporation.

Last week Guardian Australia quoted a dozen paragraphs I’d written and announced – aha! – I was wrong! I was a “denier” of facts, writes Andrew Bolt in his News Corp blog.

Unfortunately, the writer, Amy Remeikis, didn’t actually identify a single error in the many facts I’d cited about global warming.

All she said was that I denied “climate change”, but that’s obviously false. I’ve never denied a single one of the changes in climate.

It was the same story with Guardian Australia readers who left 163 comments underneath Remeikis’s story. Not one said what I’d got wrong.

Bolte, from the Gold Coast, is the sole beneficiary of the estate. He was Ross’s defacto for 21 years.

Stuart claimed in court documents that his father was a “bad-tempered”, “abusive” and absent father who didn’t take any “real responsibility for his children’s upbringing” and was not “a devoted parent to his children”.

He lived on the Gold Coast since 2002 when he retired from Channel 9, and commuted to Sydney when he returned to work in 2003 for Channel 7 news, retiring again in 2009.

The 2020 iHeartRadio Music Awards nominees have been announced

Now in its seventh year, the iHeartRadio Music Awards is a star-studded music event celebrating the most-played artists and songs on iHeartRadio stations and the iHeartRadio app throughout 2019, plus a preview of the upcoming hits of 2020. The show will feature live performances from the biggest artists in music, as well as surprise duets and collaborations, and award presentations in multiple categories.

Justin Bieber is now confirmed to perform at the iHeartRadio Music Awards. Beiber is set to rock the stage with his highly anticipated comeback single Yummy – his first solo single since the release of his 2015 album; as well as much more.

iHeartRadio is offering Aussie music fans the chance to win a once-in-a-lifetime trip for them and a friend to attend the awards event in Los Angeles. The competition launches in February – so stay tuned to iHeartRadio.com for details on how to enter.

A live audio steam of the event will also be available for listeners in Australia, transporting music lovers from the iHeartRadio app to the stage for one exciting day.

Geraint Davies, COO of iHeartRadio Australia said: “The annual iHeartRadio Music Awards have earned their place as one of the greatest global celebrations of the year’s most popular music and artists. We’re excited to again be offering our Aussie listeners the chance to win their way to LA to immerse themselves in this incredible night of music, and what is now known as one of the biggest fan-voted music awards in the world.

“And what a coup to have Justin Bieber performing this year! We can’t wait to bring all these talented artists together for this amazing event, and see who takes home the awards.”

Steve Price has become the centre of a Twitter storm after saying he’s sick of “that woman” Jacinda Ardern during a puzzling argument, reports news.com.au’s Bella Fowler.

Steve Price’s first night back on The Project panel has resulted in a Twitter storm over his bizarre comments about Jacinda Ardern.

The controversial broadcaster let his mouth run as he slammed New Zealand’s Prime Minister, comparing her family holiday to Australia with Prime Minister Scott Morrison’s infamous December trip to Hawaii amid the national bushfire crisis in a puzzling argument.

Commenting on a story about Jacinda Ardern’s holiday to Queensland potentially boosting post-bushfire tourism to Australia, Pricey was quick to criticise the move for seemingly no reason other than to express his disdain of the New Zealand PM.

“Why is she not holidaying in New Zealand?,” he questioned to his confused co-hosts Lisa Wilkinson, and Peter van Onselen.

“If you can criticise Scott Morrison going to Hawaii, why is she not in Hamilton or Canterbury. What is she doing hanging around Australia?,” the panellist said with a scowl.

“After many months of reflection and internal discussions, I have chosen to make a transition this year in starting to carve out a progressive new role,” Llewellyn posted online.

“I’ve had the best of times at 9 (& some interesting ones as well). Met some brilliant creatives, many of whom are now lifelong friends. And done great work, including my most recent series Murder, Lies & Alibis.

Stan today announced Billions and Black Monday will be returning exclusively to Stan this year. Penny Dreadful: City of Angels will also be making its premiere in 2020, only on Stan.

In further announcements, The L Word: Generation Q and Work In Progress have both been renewed for second seasons and will return to Stan at a later date.

Season five of the hit drama series Billions will premiere on Sunday, 3 May, only on Stan.

In season five of Billions, Bobby Axelrod (Lewis) and Chuck Rhoades (Giamatti) see their vicious rivalry reignited, while new enemies rise and take aim. Social impact pioneer Mike Prince (Stoll) poses a true threat to Axe’s dominance, and Chuck feuds with a formidable district attorney. Taylor Mason (Asia Kate Dillon) is forced back to Axe Capital, where they must fight to protect their employees and their assets.

The ten-episode, second season of acclaimed comedy series Black Monday will debut with back-to-back episodes each week beginning on Sunday, 15 March, only on Stan. 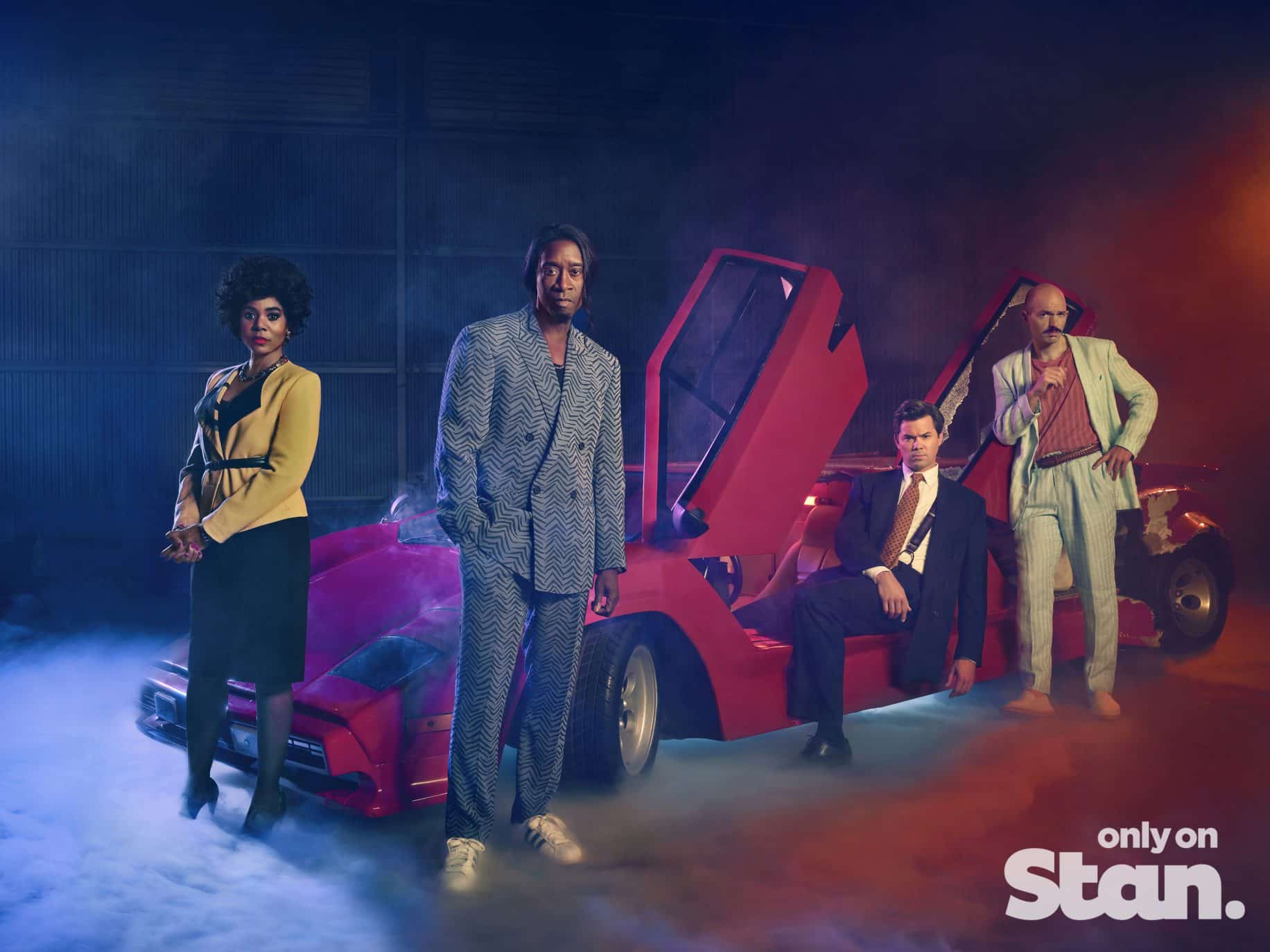 The highly anticipated series Penny Dreadful: City of Angels will premiere on Sunday, 26 April, only on Stan. 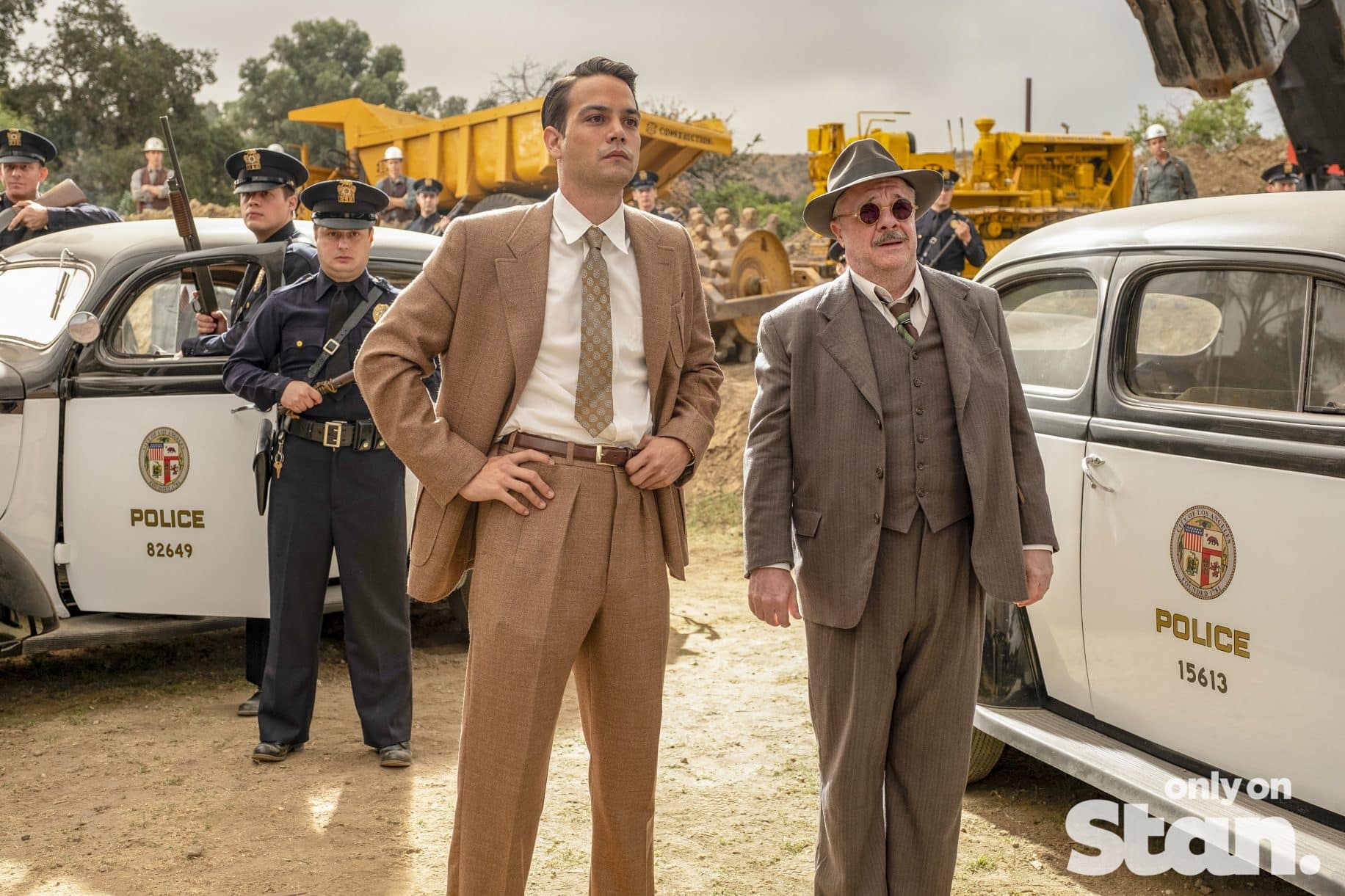 A spiritual descendant of the original Penny Dreadful story set in Victorian-era London, the show opens in 1938 Los Angeles, a time and place deeply infused with social and political tension. When a grisly murder shocks the city, Detective Tiago Vega (Zovatto) and his partner Lewis Michener (Lane) become embroiled in an epic story that reflects the rich history of Los Angeles: from the building of the city’s first freeways and its deep traditions of Mexican-American folklore, to the dangerous espionage actions of the Third Reich and the rise of radio evangelism. Before long, Tiago and his family are grappling with powerful forces that threaten to tear them apart.

After 5 years delivering Melbourne’s weather on 3AW, Jane Bunn is the latest big name to depart the radio station with the meteorologist told she was “no longer required”, reports the Herald Sun’s Nui te Koha.

Bunn, who presented weather forecasts and updates on 3AW’s breakfast show, parted ways with the radio station, which is owned by Nine, earlier today.

A 3AW spokesperson told Confidential: “We thank Jane for her contribution to 3AW’s breakfast program.”

In a 2018 interview, Bunn said she did 3AW’s 7am and 8am bulletins from her Docklands home. “Yes, I’m in my trackies,” she laughed.

Bunn’s departure from 3AW comes amid sweeping changes at the station.

Australia Overnight co-hosts Tony Moclair and Bianca Johnston, who did the show from Melbourne, have been placed by Sydney broadcaster Michael McLaren.

After three years hosting the Triple J breakfast show, the pair blindsided fans last October when they announced they were moving back to their hometown Adelaide to host the Nova 91.9 breakfast show in 2020.

“Three years at Triple J was a good amount of time,” Ben told news.com.au. “After the three years we kind of felt like we’d ticked all the boxes.

“At Triple J we definitely got very comfortable. If you’re too comfortable that can be a bit of a worry because you start to cruise, and we didn’t want to cruise.”

The decision to leave Triple J wasn’t an easy one, though, with the pair telling news.com.au they loved their time at the station.

Ultimately, it was a desire to have a crack in the competitive world of commercial radio that convinced the pair to jump.

“In community radio, ratings don’t matter. At Triple J, they try to say it matters but no one really cares … I think we were ready, we want to be on the scoreboard and really get a bit more competitive about things.”

AFL players are open to innovation and helping broadcasters as much as possible in a year when negotiations over a new rights agreement are expected to gain pace, reports The Age’s Jon Pierik.

While the current six-year, $2.508 billion broadcast rights deal does not expire until the end of 2022, the midpoint has been reached and the AFL has started planning for the next negotiations.

The current women’s TV deal is worth close to $2.5 million a season. The inaugural AFLW directors and delegates meeting was held over the weekend, and players will push for better conditions and a longer season when their three-year CBA – inked last year – expires.

Digital entities, such as Facebook, Google and streaming outlets, have dramatically impacted on the advertising models of all traditional media, but major sporting organisations across the world see these outlets as at least providing competitive tension during the bidding phase.