By the time Mediaweek got to speak with Matty Johns, he’d already been on the go for 12 hours

By the time Mediaweek got to speak with Matty Johns at Fox Sports around 4.30pm on a recent Friday, he’d already been on the go for 12 hours on a long day that started with Triple M breakfast in Sydney.

Although he has a busy working week, he had got his weekends off, although much of that time is spent catching up with the games.

In addition to Triple M breakfast, Johns hosts his regular Monday Night with Matty Johns program and then the Friday Night Footy on Fox program that wraps around Friday night live NRL coverage on Fox Sports. Johns did have a Thursday night program on Fox Sports last year and prior to that he did some weekend NRL commentating on Triple M. 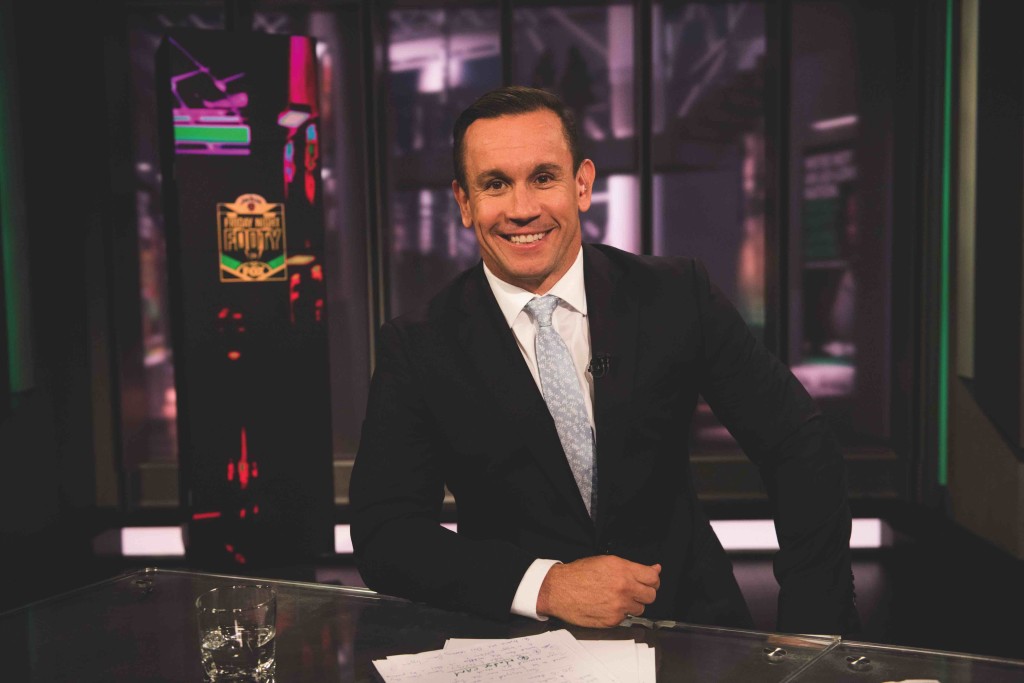 “I am mindful not to spread myself too thin. I was told late night TV and breakfast radio don’t mix, but so far I’ve been able to manage. We have a good crew which makes it easier at Triple M, and the same applies here. If I weren’t watching the game at Fox Sports I’d be doing it at home. The only difference is I’d have a beer in my hand.” [Laughs]

Johns would be watching by himself too given his wife doesn’t like rugby league, his oldest son will be out and the younger one will be trying to get out.

The Fox Sports host of the most-watched weekly entertainment show on Foxtel loves an opinion – both on the TV shows and in his Daily Telegraph column. “I am straight up independent,” he ventured, with no ties now to any clubs. Or as he told his Triple M audience last week, if someone wanted him to present a particular opinion, he tell them to “stick it up their arse”.

All the Fox Sports team told Mediaweek about the difference between the two programs. Johns explained: “On Friday we have a duty to be more serious. On Monday everyone has had their fill of NRL. We try a bit of analytical, some historical and lots of fun. It is always about the football though.”

Johns points out that the whole team, on air and off air, gets on very well together. “People are always saying to us, ‘Gee, you blokes have a good time.’ We just enjoy being around each other.” 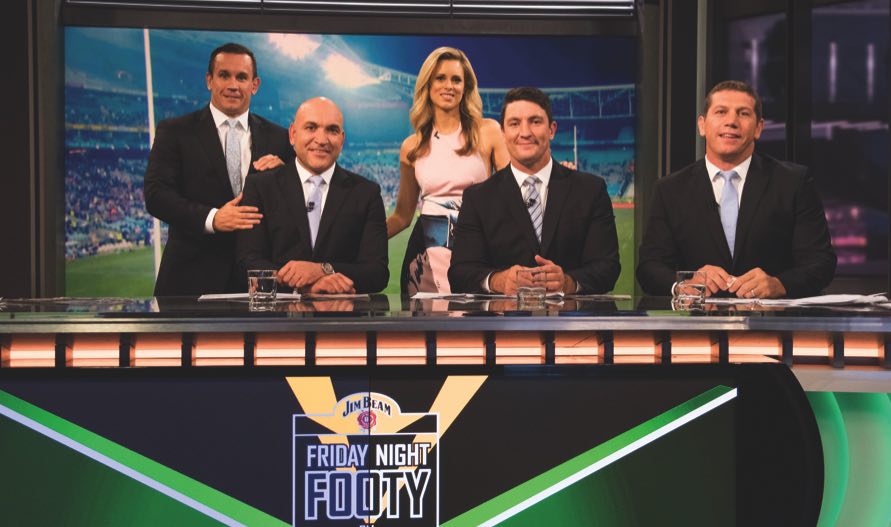 Bryan Fletcher works on both Friday and Monday nights with the Matty Johns entourage. When Mediaweek asked if he was doing any radio work, Fletcher replied: “I am looking for some radio work…are you offering?” The former Rooster, Rabbitoh and then Wiggan Warrior said he enjoys the team because they all get on so well. Fletcher makes sure he watches all the games each week, leading him to note: “My wife and three daughters aren’t real happy.” Fletcher said he watches other sports shows carefully, and said he can ready body language as to who gets on and who doesn’t. “We need a thick skin here though as we hammer each other a fair bit, but all in good fun.”

Nathan Hindmarsh doesn’t have any other media commitments, with a day job that sees him working for the NRL. “We visit a lot of schools and I also do a bit of work for Clubs NSW.” The longtime Parramatta Eel notes the difference from his playing days to his media work. “As a player you are told to keep your mouth shut and not give away too much.” Hindmarsh watches games to find possible talking points. He’s no good at skimming a match on fast forward though. “I tried it and it doesn’t work, I need to watch the whole game.” He will make notes on his phone to remind himself of a highlight.

Gordon Tallis was the last to arrive during our visit and Fox Sports must give him a bit of slack given he commutes from Brisbane twice a week. In addition to both Matty Johns’ shows, Tallis does Thursday nights with Fox Sports and he calls games with Triple M on Sundays. “I also do Monday and Friday NRL wrap-ups with Triple M Brisbane.” About the few days he’s not on air, he laughed: “I bet a lot of people look forward to my day off each week. I am just lucky to be involved in a game that has given me so much joy.” Of the team leader, about whom they all had compliments, Tallis said: “Matty is a footy brain. He’s a rock star. He hits you with the right questions and lets you shine. Some other blokes want to be the star. Not Matty, but he is.”

Megan Barnard has been with Fox Sports for two years after moving across from Sky News. “It is very different here being able to work at a channel that is completely sport,” she told Mediaweek. Barnard works as the studio reporter for the Friday and Monday programs, giving everything from team lists to injury reports. Walking around Fox Sports before the game, Barnard had the phone glued to her ear to get the latest updates on the players before the match. On other days of the week Barnard works of NRL Tonight on the Fox Sports News channel alongside James Hooper. “I am pretty much dedicated to rugby league this year. There is definitely a buzz around Fox Sports with all games live and this is a stepping stone to next year when we will have a dedicated channel. It’s a great place to be.” Although the focus is now on NRL, as a Victorian, Barnard is not prepared to let go of AFL and it’s not unusual for her to be perched in front of two TVs keeping up with games in both codes. She likes working with the team who like to joke around, but Barnard notes they are also insightful. “I am learning a lot from these guys. You never know what Matty is going to throw at you. You have to be on your toes.”