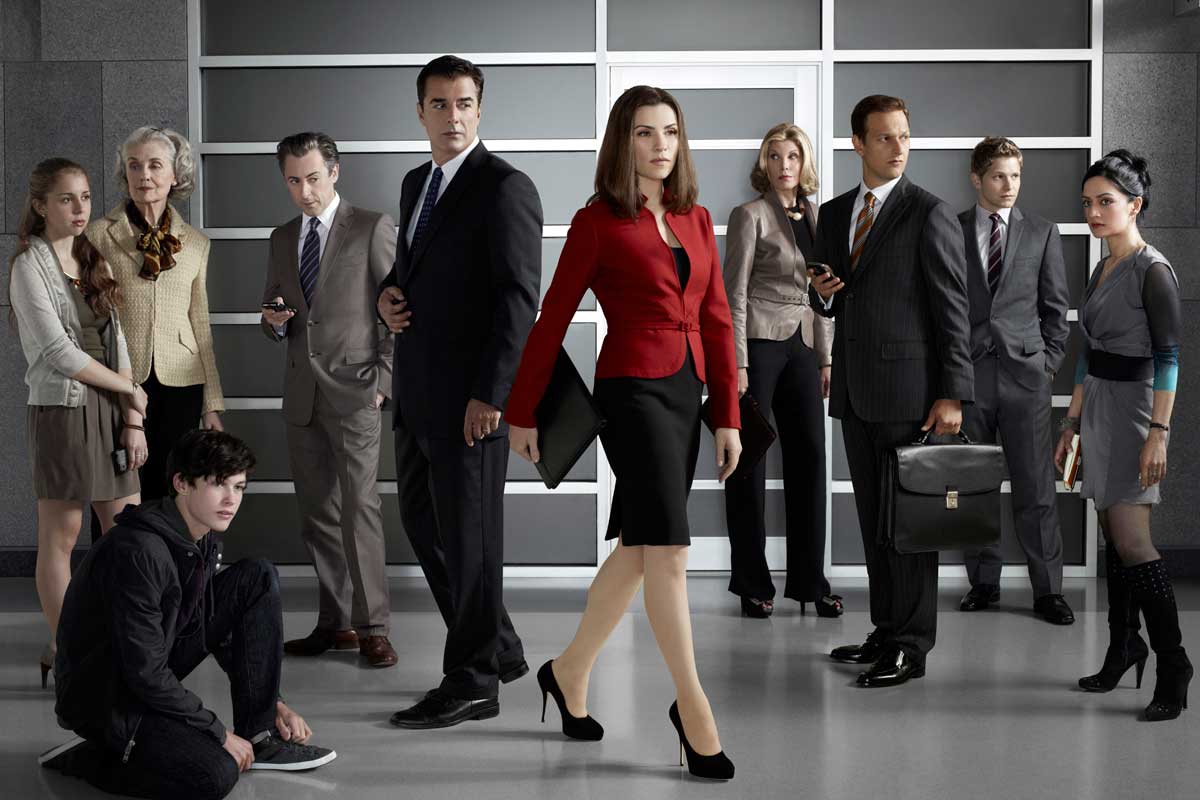 The Good Wife – 9:30pm on Ten
When this series began, I overlooked it entirely. It appeared to be a fairly generic and tired female-driven drama about a woman coping with a cheating husband and finding a sense of balance in her life again while being a sexy female lawyer.

Well, it is kind of that, but the show was anything but generic. The main character Alicia Florrick, the titular good wife, was given texture and nuance with actual agency and perspective. As the show evolved, the show was never afraid to show that, while Florrick was at heart a good person, she was also one driven by self-interest and could often do some despicable things.

More interesting, though, was the shows use of its court case-of-the-week format to explore issues related to our ever changing world. As technology creates disruption in areas like finance, security, and personal freedoms, the show was reflective of that with a lot of attention given to ideas surrounding technology like bitcoin transactions, drones, google map bias, self-driving car accidents, and a wealth of other prescient issues.

The show also delved deep into US court practices, highlighting not only the way that the tone of a court can change depending on the judge assigned to a case, but also the various forms of courts. From secret military courts, to tribunals, to bond courts, it took the court procedural to all sorts of interesting places.

After seven seasons, the show comes to an end tonight on Ten. The final episode has been criticised by many. Celebrated by few. Much of what made the show fun and textured is missing from this final episode. But longtime fans of the show are given a returning guest cameo that will thrill and delight, along with an ending that is absolutely true to the journey that Alicia Florrick has gone through. It isn’t fan service, but it is honest to the shows intent. (DB)

The Tiny Tots Talent Agency – 8:35pm on ABC2
A Channel 4 reality series about one of Britain’s largest kids’ casting agencies. This week at Bizzkids, 10 month old Ornella can’t walk but she can crawl onto a catwalk to promote … designer shoes. Next week, the nippers compete to star in … a zombie movie. And watch out for one of the members of 80’s pop group Bucks Fizz who thinks their child … has “got it”. Oh dear. (AM)

Below Deck Mediterranean – 8.30pm on Arena
The first spin-off from Bravo’s reality series is also about the lives and loves of those who work on super yachts. With an Aussie worker on board, they are now heading to “the world’s oldest cruising grounds”. No word yet on whether the world’s oldest profession will also get a look-in. (AM)

Comedy Showroom – 9pm on ABC TV
After two great pilots brimming with potential, the quality dips somewhat this week with The Legend of Gavin Turner. It’s about a deluded West Coast Eagles footy fan who sells pot and lives with his girlfriend and her bitter mother (Mandy McElhinny, what are you doing in this?). The “hijinks” begin when new neighbour (Adam Zwar) moves in next door but as far as sitcom pilots go, it’s just not funny enough to even warrant another episode. (AM)