From The Good Wife to Aliens to Vikings, Mediaweek steers you through what is worth watching tonight.

Untold Australia – Indian Wedding Race – 8.30pm on SBS
Is this yet another romance reality show? Look – not really. It’s a new documentary series that will cover a different topic each week but SBS, in its inimitable style, is positioning tonight’s episode to look like a sub-continent version of Married At First Sight. Two Indian-Australians from Melbourne, unlucky in love, need to marry before they turn 30 and time is running out – but will their families allow modern techniques like online dating? Brilliant stuff, SBS. (AM) 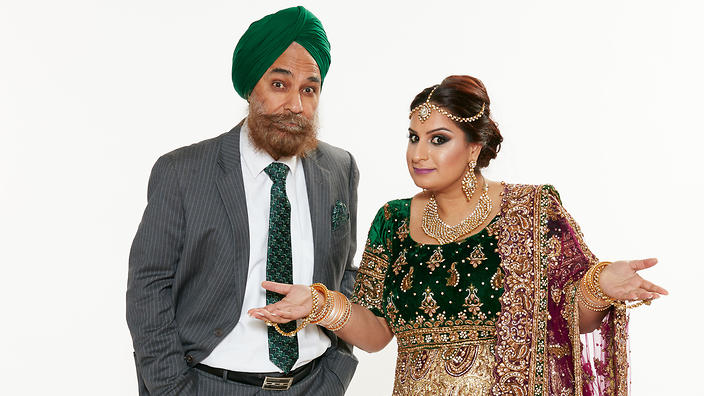 The Americans – 8.30pm on SoHo
It may be the fourth series but US critics are still raving about this spy drama starring Keri Russell and Matthew Rhys as undercover KGB agents living undercover in America in the 1980s. It still has great guest stars this season including Frank Langella and Margo Martindale and it’s great that Foxtel grabbed this series when Ten dropped it. Unfortunately though, Foxtel is not fast-tracking it, with episodes screening here a month after they air in the US. (AM)

Autopsy – 7.30pm on 7Flix
This series has already screened late night on Seven but it is fascinating to discover all the gruesome deaths about some of the most tragic celebrity deaths of all time. Tonight it’s Whitney Houston and using her actual autopsy report, this show explains in horrific detail exactly what killed Whitney in that hotel bathroom. Plot spoiler – it’s disturbing but good to discover at least she didn’t suffer. (AM)

Aliens – 8:30pm on SBS2
Throughout the month SBS is screening the Alien movies every Wednesday night. The most entertaining of the four, Aliens, screens tonight. Directed by James Cameron, the film upends the original’s approach by laying a war movie over the top of it with corporation-controlled marines sent in to destroy almost everything that lives. The film is thrilling, funny, emotional, and suspense-filled. It’s everything a film should be, with Cameron at the absolute top of his game as a Hollywood filmmaker. (DB)

The Good Wife – 9:30pm on Ten
Right now The Good Wife feels like it is just spinning its wheels as it aligns all of the pieces for its final run of episodes as it winds up the series. While this week’s episode feels like busy-time, fans of the show are well advised not to miss this one – the final minutes of the show are crucial. While the rest of the episode is interesting, it is somewhat Good Wife paint-by-numbers as Alicia and Diane represent a therapist whose neighbour routinely flies drones over his home, scaring off this therapy patients. (DB) 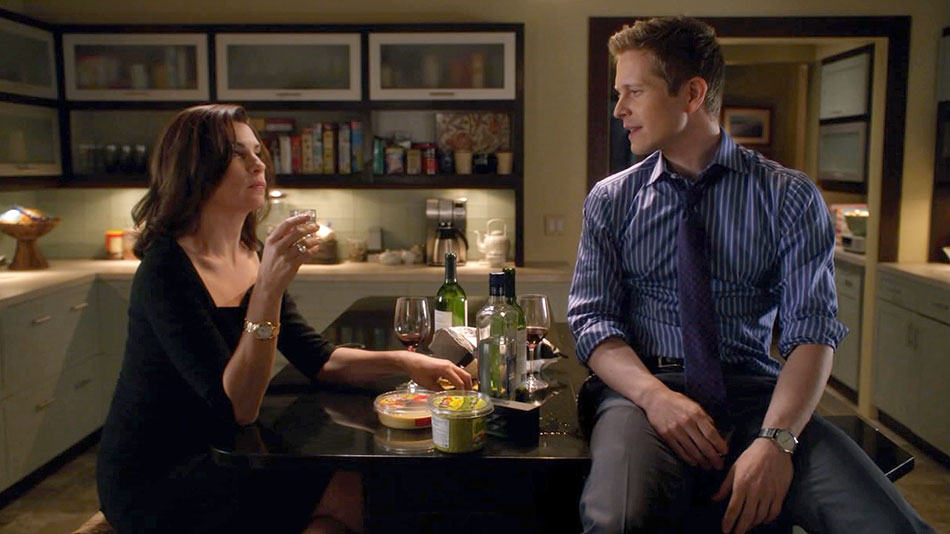 Vikings – 9.30pm on SBS
The channel seems to have been making an effort to lift the quality of its programs, and its audiences, at 9.30pm daily, and it is shows like Vikings that have helped the strategy work. Vikings is a cracking series about, er Vikings, and the village is set up on the side of a lake in a beautiful part of Ireland. The Irish-Canadian production was originally commissioned by the US History Channel and has found a home in most markets – in Australia it is shown on History and SBS. By some quirk season one had nine episodes, then all the subsequent series have had 10 eps each. Season one was the standout, but there’s been nothing to complain about in the following series. The cast is chock full of great Aussie stars including Travis Fimmel as King Ragnar Lothbrok and Alyssa Sutherland as his long-suffering second wife. Favourite castmembers are Ragnar’s first wife Lagertha (played by Katheryn Winnick) and the always-mysterious Floki (played by Gustaf Skarsgård). The one thing that turns away some of its potential audience is the violence. There are always a few look-away moments in every series, including a truly brutal mass killing early this season. The plundering of the monastery in the first-ever episode was also a jolting moment. (JM)

Star Wars: The Force Awakens – Foxtel Box Office
Sci-fi nerds will have rushed to their local JB Hi-Fi today for their Blu-ray version of this movie, but for the rest of us another viewing on Foxtel might suffice. I was amongst the people who found this an average offering, I perhaps missed something in the initial viewing, so a second visit to a galaxy far, far away is in order. (JM)