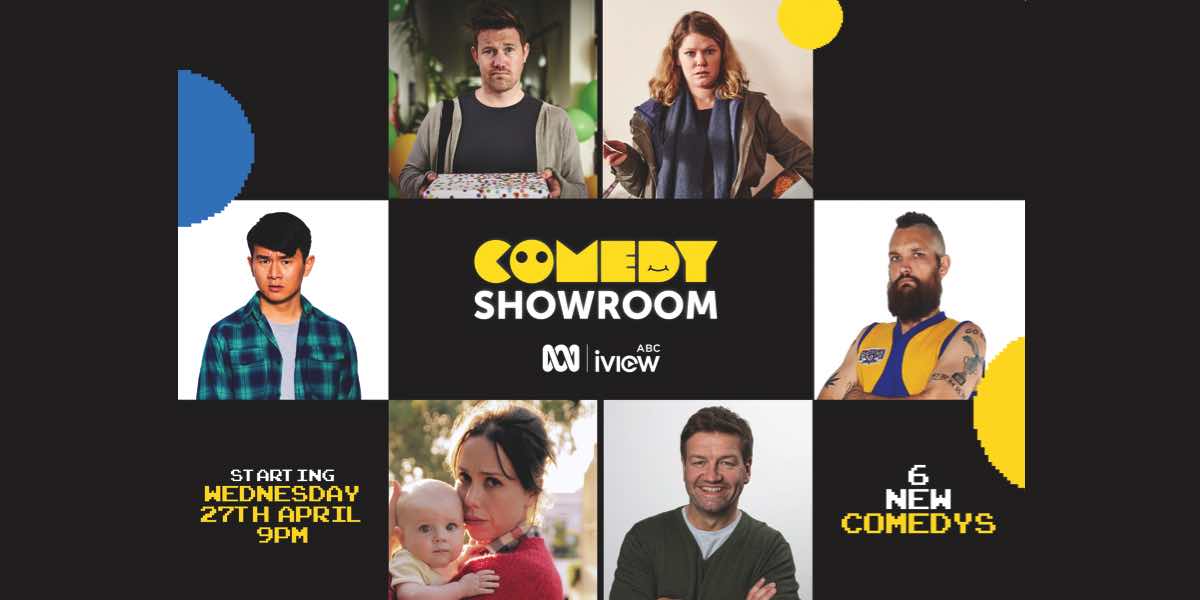 With a lot of available comedy talent in Australia and a budget that only extends so far, ABC Television has launched a project to bring more comedy ideas to the screen with the launch of ABC TV’s Comedy Showroom.

Six TV show pilots will duke it out to win the affections of viewers, with the shows aired on TV weekly and made available at once on the streaming iview service. Viewers will be able to vote on the shows they liked, with the popular series going into production.

When considering the shows, it is clear that the ABC has six very strong projects to choose from. “We thought all six were shows we’d be proud to have on the air as series,” explained ABC head of comedy Rick Kalowski. “If you look at them, you can see how they could fit onto the ABC’s usual comedy slate. They’re either big, broad shows or are led by a particular comedian, or they’re a niche experimental show that you might see on ABC2 or iview. There’s a place for all those shows on our schedule. It’s just a question of how many we’re able to bring back and how they go with audiences.”

The Comedy Showroom model follows recent efforts overseas to drive audience interest early in the process by including them in the decision on which shows go into production. Internationally, Amazon launched a pilot program for its TV streaming service Amazon Prime Video. Successful pilots have yielded the Golden Globe-winning Transparent and Mozart in The Jungle, plus well-received series like Bosch, Red Oaks, Mad Dogs, and The Man in The High Castle.

Kalowski admitted that the pilots that succeed on ABC TV will require more than just audience votes: “It will be a combination. We will absolutely be paying close attention to what the audience says. For example, there may be things that we feel positively about and the audience confirms they’re super enthusiastic about that show. We have a suspicion that might be true of one or two.

“There might be one or two where we are not so sure or quite like it, but if the audience responds in huge numbers or great enthusiasm, you’d be a fool not to listen to the audience. It will absolutely be a combination of what we think, what the audience thinks, and the performance of the shows on iview and TV,” he said.

While the ABC budget will allow Kalowski and his team to greenlight some of the shows, international co-financing may be a pathway that will allow the government broadcaster to get more series into production.

If the ABC chooses not to go ahead with a series, but it generates interest from a competing broadcaster, Kalowski explained that producers will be able to pursue those opportunities: “I think we’d be happy to step aside and see the show get made. We’d prefer to see the show get made than not.”

While the ABC TV Comedy Showroom will highlight some of Australia’s promising comedy voices, it also represents an opportunity for smaller production companies to establish a relationship with the ABC.

“Certainly one of our intentions was to give people a go who weren’t necessarily newcomers. These are people who are capable of doing a full half hour,” explained Kalowski. “We wanted to give those people opportunities, whether they were production companies we hadn’t worked with before or people who are producers, writers, and directors who are ready to step up.

“An example of that is Kate McCartney and Kate McLennan who had great success with The Katering Show. They had this other project Bleak which we loved and started as a web series. They were partnered up with Princess Pictures. The Kates hadn’t directed a show or a half-hour series before, hadn’t written a half-hour series. That was an opportunity for us, in combination with Princess to give them an opportunity. Renegade Films have done a lot of stuff – Wilfred, RocKwiz. But they’ve never done a scripted sitcom series with the ABC. We were able to remedy that by doing the Lawrence Mooney pilot with them.” 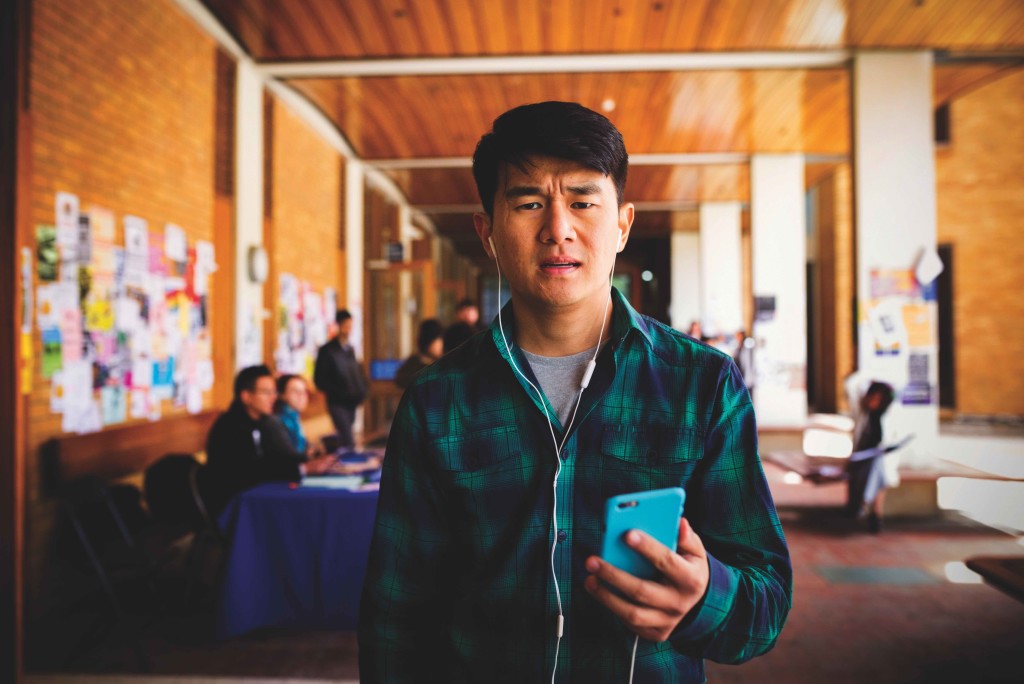 One of the production companies seeking a spot on ABC TV’s comedy roster is Sticky Pictures. The team is obsessed with comedy and has established a body of work rooted in children’s comedy television.

The pilot, written by rising stand-up comedian Ronny Chieng with Declan Fay, is based on Ronny’s uni years with the pilot focusing on his first day at law school. Sticky Pictures chief executive Donna Andrews was a fan of the stand-up: “I love that there is a lot of Ronny in there, the way he walks and talks, his banter. We really wanted to capture that in the pilot and I think we did.”

Chieng, who has been featured as an ongoing correspondent on the US satirical news show The Daily Show, began talking with Sticky Pictures after they produced the puppetry adult comedy Sammy J and Randy in Ricketts Lane for the ABC. “He really liked that, so that got us talking about working together. He had this idea and had written an early-stage concept bible with Declan Fay, so they had a good solid concept already in mind,” Andrews said.

Working on Sammy J and Randy in Ricketts Lane was a big step forward for Sticky Pictures as they pursued adult primetime projects.

“In an ideal world, I’d like to continue doing both. We’ve worked in kids’ content since Sticky Pictures started. It’s an important part of our business and a great love. We’ve been BAFTA nominated for our animation and had some good success in that world, so we’d like to continue to do that. But we do see primetime comedy as an important part of our future,” Andrews explained.

The success this year of Here Come The Habibs at Nine was seen as a promising development for Andrews and her team: “I’m so pleased that Habibs did well because it does open the door to comedy. It has been a long time since the commercials have played in the world of comedy. While the ABC is progressive and exploring the comedy world, it’s great to see one of the commercial networks do so well with it.”

Next up for Sticky Pictures is the animated adaptation of The Sapphires, which has completed development with the issue of financing now under way. Despite The Sapphires being so well-known, that doesn’t make financing easy. “It is challenging because out of Australia, we can only get part of an animation budget, so we have to secure money from overseas as well. It’s a true Australian story, but I do believe that it will travel as well as the film did. We will definitely get it going.” 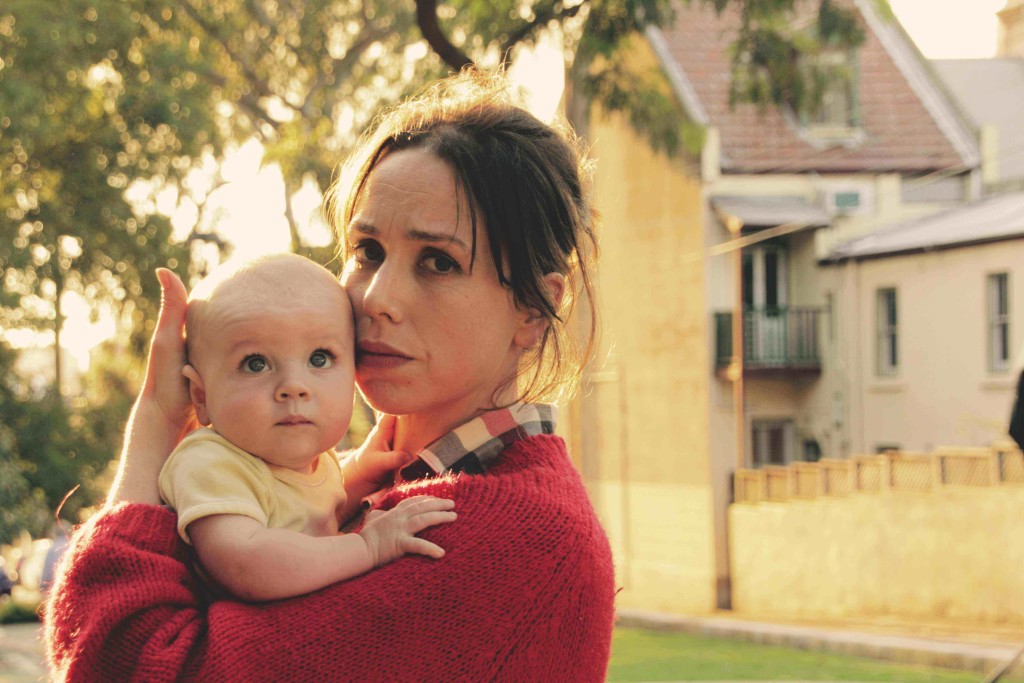 A familiar name to ABC audiences is Julian Morrow, the Chaser performer who has produced a pilot for the ABC TV Comedy Showroom through Giant Dwarf Productions. The Letdown was created and written by Sarah Scheller and Alison Bell. Bell, seen on ABC TV’s Laid, also stars in the program.

Morrow’s involvement in the production came through a friendship with Jungle co-owner Trent O’Donnell and his partner, Sarah Scheller.

“I managed to get Trent arrested in Italy during the third series of The War on Everything after he’d done the first series of Review with Myles Barlow,” Morrow revealed with a laugh.

“One day Sarah mentioned an idea she’d had for a narrative comedy. I said it’s a great idea, so I developed it with Sarah. Once Sarah, Alison, Trent, and I had been through it extensively, we pitched it to the ABC and we broke the Chaser hoodoo of not getting anything up in the narrative space. It ended up as part of the Comedy Showroom,” he said.

The show sets its focus on an oddball mothers group, with Alison Bell starring as a new mum struggling in the group.

Morrow is enthused at being involved in the ABC’s comedy TV pilot program: “I think that the approach of getting a larger number of shows into pilot stage is really interesting and could bear more fruit than the other process. While there are times that you think it would have been nice to have the certainty of a series by now, it’s also true that you learn a lot by making what’s the hardest episode of anything, which is the first episode. I think it’s been a really rewarding process just translating this script into a pilot. We’ve learnt a lot from doing that,” Morrow explained.