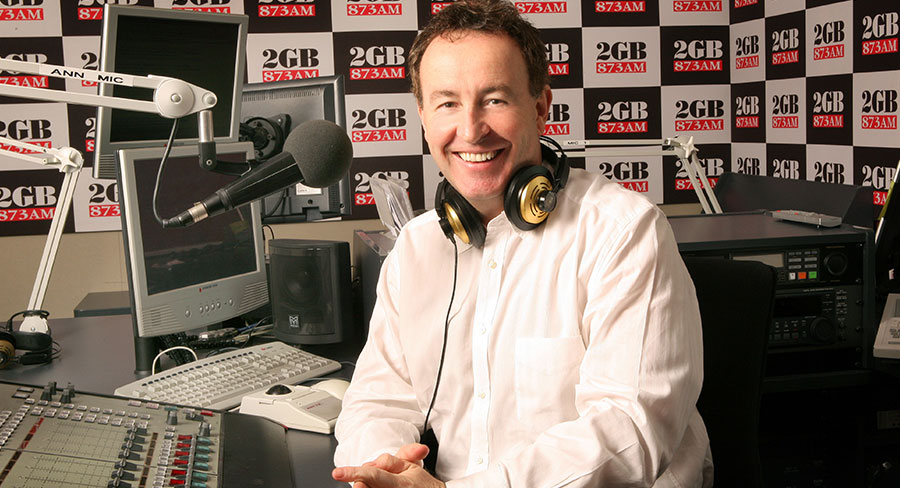 The WIN Network has appointed Chris Halios-Lewis to the position of chief financial officer of WIN Corporation. Halios-Lewis has worked in WIN’s finance department in the roles of finance manager and financial controller for the past 10 years and has, over the last few years, been heavily involved in WIN and Birketu’s senior operational and strategic group.

Birketu is the private company owned by Bruce Gordon and family, which controls many of the group’s investments.

Halios-Lewis replaces Daniel Collis in the role after he departed WIN Corp at the end of 2018 after 15 years with the company.

As chief financial officer, Halios-Lewis will report into the board of WIN and Birketu and will work with the chief executive officer, Andrew Lancaster, to ensure the ongoing prosperity of both companies. 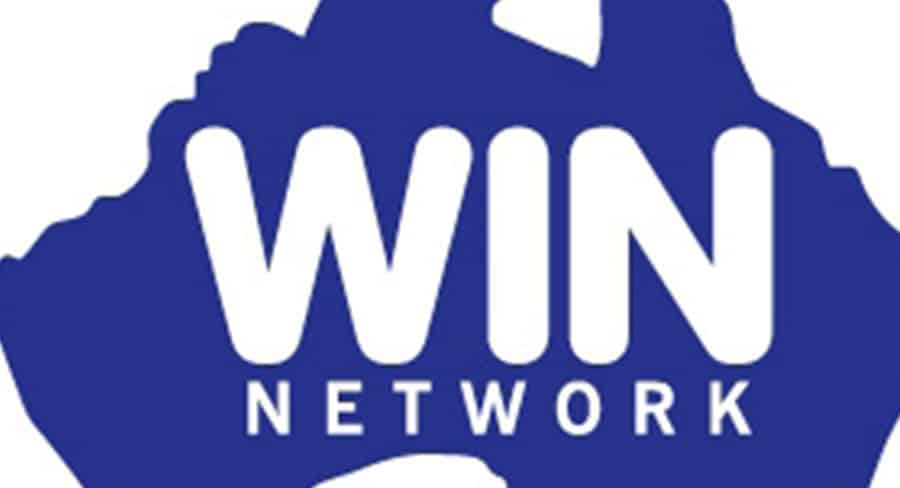 In announcing the appointment, Lancaster said: “Chris has been a great asset to our operational and strategic team and his appointment is testament to the valuable contribution he has made in delivering our financial and strategic initiatives. His knowledge and experience of our business will strengthen our executive leadership team as we continue to deliver outcomes in what is a complex media environment.”

Halios-Lewis said he was honoured to take on the role of CFO. “I look forward to building on the significant progress that has already been made positioning the company for sustainable growth within a challenging landscape and positively contributing to the corporation’s strategic priorities.”

Halios-Lewis will maintain direct oversight of finance, payroll and property as well as representing WIN and Birketu on various company boards.

Google and Facebook under scrutiny over UK ad market dominance

The UK competition watchdog has launched an investigation into the way Google and Facebook collect and exploit personal data and have used their power to dominate the £13bn UK digital advertising market, reports The Guardian.

The Competition and Markets Authority’s wide-ranging investigation into online advertising will focus on the sector’s two biggest players, Google and Facebook, and look at whether “consumers are able and willing to control how data about them is used and collected”.

The CMA said it planned to examine concerns about how online networks were using people’s personal data – Facebook has faced heavy criticism and scrutiny over both the Cambridge Analytica data scandal and its role in the dissemination of “fake news” – including “whether making this data available to advertisers in return for payment is producing good outcomes for consumers”.

A journalist who hit a cyclist while test driving a supercar worth hundreds of thousands of dollars in Sydney’s north has been sentenced to jail, reports News Corp’s Derrick Krusche.

Amelia Hungerford pleaded guilty in the Downing Centre Local Court and was sentenced to 12 months behind bars after hitting the cyclist in Ku-ring-gai Chase National Park while test driving the McLaren.

The 28-year-old pleaded guilty to dangerous driving occasioning grievous bodily harm over the incident on May 9, 2018.

But during the test drive Hungerford smashed into the cyclist, a man in his 50s, causing him to suffer serious facial and leg injuries.

Hungerford, who previously worked as a lifestyle journalist, escaped uninjured.

Hungerford will be eligible to be released on parole on January 24 next year.

Those with long memories in TV-land will remember the saga around Naomi Robson and Wawa…..reports TV Tonight.

The 2006 incident is etched in TV folklore (and a Frontline episode) when Today Tonight headed to West Papua to rescue a six-year-old boy who had featured on 60 Minutes.

Amongst tribes who reportedly practised cannibalism, young Wawa was believed to have been possessed, and the only way to ‘cure’ him… well, you can guess the rest.

But Indonesian authorities detained Robson and her Seven crew after a tip-off they were travelling on tourist visas. A big no-no when it comes to filming.

Garry Linnell, who was then the director of news and current affairs at Nine at the time, now writes in the New Daily that he was the one who tipped off authorities because of the ratings bonanza it represented.

“I wrestled with the dilemma. There were ethical issues to ponder. Moral implications to be considered. Several long and excruciating seconds later, I came to a decision,” he writes.

“In war, you can just about excuse anything. I picked up the phone and began dialling.

“Of course, all hell broke loose after that.”

Report: Is the ‘Smiling assassin’ next in 2GB’s spotlight?

A day after 2GB’s Alan Jones wrote a column praising The Daily Telegraph in its 140th birthday week, the newspaper reports:

The radio boss responsible for talkback host Chris Smith’s departure is known inside 2GB as the smiling assassin and has not had a working relationship with the station’s top star for more than six months, reports Matthew Benns.

Now insiders are saying chief executive Adam Lang’s career could be the next in the spotlight after a series of management bungles that have cost Macquarie Media millions.

Top of the list of problems for Lang is the breakdown of the working relationship with breakfast host Alan Jones who insiders say has “lost all respect for him”.

At one point Lang, the CEO, is understood to have accused Jones, his star employee, of bullying him.

Lang was instrumental in trying to stop the station from re-signing Jones. The months of delay only ended when Peter Costello, chair of Macquarie Media’s new key shareholder Nine Entertainment, stepped in.

“The atmosphere between Jones and Lang is toxic,” a station insider said. Lang had promised mornings host Ray Hadley the breakfast slot and has had to honour the $1.7 million pay rise even though he will have to wait at least two years for the gig.

Despite the problems Lang, known as the smiling assassin because of his cheery demeanour as he delivers bad news, remains calm. He declined to comment yesterday.

Ousted talkback host Chris Smith was given no choice but to leave 2GB because the new night shift demanded by bosses meant he would not be able to meet legal obligations to pick up his teenage children for the weekend, reports News Corp’s Matthew Benns.

Smith flew out of Sydney yesterday on a prearranged trip with his daughter, Ashley, after yesterday agreeing to walk away from the station with a $500,000 payout.

The talkback star was said to be “distraught” after Macquarie Media bosses told him they wanted to move him from the lunchtime slot he had consistently won in the ratings for almost two decades onto Steve Price’s night shift.

Now it can be revealed that the real reason for Smith’s distress was that under the agreement of his divorce he needed to be free to pick up Ashley and his son Morgan from school and be with them at night.

“He was put in an impossible position – everyone at the station knows what court commitments he has and how he has his children frequently. It was a big ask to try and change that,” a station insider told The Daily Telegraph.

Smith was thanked on-air yesterday by hosts Erin Molan and Natalie Peters who are filling in on the afternoon timeslot for the next two weeks during the radio ratings break.

“We wish him all the best for whatever the next adventure holds,” Molan said.

“He was a much loved colleague at 2GB and we’ll miss him.”

The Block 2019 teams renovating The Oslo revealed by Domain

As a partner of Nine’s The Block, Domain gets first looks as the contestants for the new series:

The contestants of The Block 2019 are here, with five teams ready to take on the former Oslo Hotel in St Kilda.

The location was revealed in October last year, with the run-down former budget hotel double the size of the Gatwick (the site of the 2018 season).

“I looked at this and thought ‘that’s impossible’,” said Block host Scott Cam. “Here we have double the size of what we did last year, and more than six times the size of the original Block in Bondi back in 2003. That’s a big ask.”

The property was built more than 150 years ago, but since fell into disrepair in its later life.

Russell Crowe discovers the man behind the headlines

As the media history books describe him, Roger Ailes was an American television executive and media consultant who steered Rupert Murdoch‘s right-wing Fox News to its position of commercial and conversational dominance, and in 2016, left the company in a blaze of sexual harassment accusations, reports The Sydney Morning Herald’s Michael Idato.

His life, and the role he played in the reshaping of the political and media landscape, is the subject of the new drama The Loudest Voice, in which Australian actor Russell Crowe, at 1.82m and with the aid of substantial latex padding, brings him dramatically to life.

In approaching the role, Crowe says he had to start with an open mind. “Because you never know what you’re going to find,” the 55-year-old New Zealand-born actor says. “If you search Roger Ailes on Google all you find is the architecture of his demise and that isn’t really enough.”

The further into Ailes life he delved, Crowe found contradiction after contradiction. That he had predicted television networks would ultimately become political parties. And that he was diagnosed with haemophilia as a child and was not expected to live to adulthood.

The series is based on the book The Loudest Voice in the Room by Gabriel Sherman, a 406-page text which Crowe says was invaluable for him as an actor. “Gabriel has already done the first 600 hours of work on your behalf, so you take advantage of it,” Crowe says.

Robbie is 14, lives in Alice Springs and is partial to a five-finger discount. He’s also the most likeable person you’ll see on television this year in what is possibly the most perfect TV show of the year, reports The Sydney Morning Herald’s Louise Rugendyke.

I watched all six episodes of Robbie Hood in one hit and I’m going to do it again. And again. This is perfect TV and it deserves to be seen.

Koch and co-hosts Samantha Armytage, Natalie Barr and Mark Beretta, all had a dig at Kalifatidis the morning after the Logies, with Koch claiming he had bruises on his ribs from the brunette elbowing him on the red carpet.

Kalifatidis subsequently responded to the claims online, denying she elbowed Koch and saying he should be more mature.

She also said the on-air bullying had affected her mental state at a time when she was trying to repair her reputation off the back of her controversial portrayal on MAFS.

Wimbledon is worth more than the prize money to Barty

Ash Barty won $4 million and the hearts of a nation with her win at the French Open, reports The AFR’s Tim Boyd.

But in the lucrative world of sports endorsements it’s back-to-back success that counts, making her run at Wimbledon key to catapulting her into the top ranks of Australia’s sports earners.

Barty was the country’s highest paid tennis player over the past 12 months, making $9.1 million in prize money and a relatively modest $400,000 from endorsements.

However that endorsement figure is expected to top the $1 million mark after her maiden major tournament victory at the French Open last month.

Channel 10, which signed a $100 million deal to show the Cup for the next five years, will broadcast the meetings on free-to-air TV, starting with Sunday’s Coral-Eclipse meeting at Sandown Park.

It will also show the meeting at Goodwood on August 3, the Ebor Handicap meeting (August 24), and even the Prix de l’Arc de Triomphe meeting, which will feature seven Group 1 races in October.