Seven West Media has taken the axe to its sales team, with as many as 50 staff made redundant this week as the Kerry Stokes-controlled media company slashes costs amid the COVID-19 pandemic, reports The AFR’s Max Mason.

Sources told The Australian Financial Review the changes to the Seven sales team nationally were made on Wednesday. Seven declined to comment.

Chairman Hamish McLennan said HT&E now has one of the strongest balance sheets in Australian media. “While some businesses are struggling with their capital structures, your company had $111 million net cash at the end of 2019, no undrawn debt and a radio business generating strong cash conversion,” he told a virtual annual general meeting on Thursday, reports The AFR’s Max Mason.

In a trading update at its AGM, HT&E said its share gains in the metro ad market mitigated some of the poor overall market conditions in the first quarter. Its Australian Radio Network saw revenue fall 7.2 per cent, while the wider metro market slipped 12.4 per cent.

HT&E said second-quarter bookings were hurt by the pandemic, with April revenue declines of 40 per cent at ARN. However, it noted the high level of cancellations in the weeks following government lockdown restrictions had abated. It said forward bookings for May were in line with April.

HT&E also said it had been successful in applying for the government’s JobKeeper package, which requires businesses to pass the test of a 30 per cent fall in turnover if they have less than $1 billion in overall revenue. HT&E had $252.7 million in revenue in 2019.

While some retail newsagencies report 40% and more growth in revenue in April 2020 compared to April 2019, others report 60% and more decline, reports Australian Newsagency Blog.

Such is the gap in the experience of Australian newsagency businesses in this COVID-19 impacted world.

Looking at comprehensive sales data from 139 newsagencies the results are stunning in that never before in 20 years of benchmark analysis have I seen such a gap in business performance, writes blogger and newsagent Mark Fletcher.

The gap in performance has a fresh subtlety too. Whereas in previous studies, geography was the key factor, now, in this COVID-19 world, situation is the key. High street retailers, retailers outside of shopping centres, are faring much better.

An ACMA investigation found FAB FM was broadcasting some content to a special interest group, being tourists visiting the Port Douglas region, however the proportion of material targeted at this group was low. The majority of content was targeted at a wide audience, being residents of the Douglas Shire. 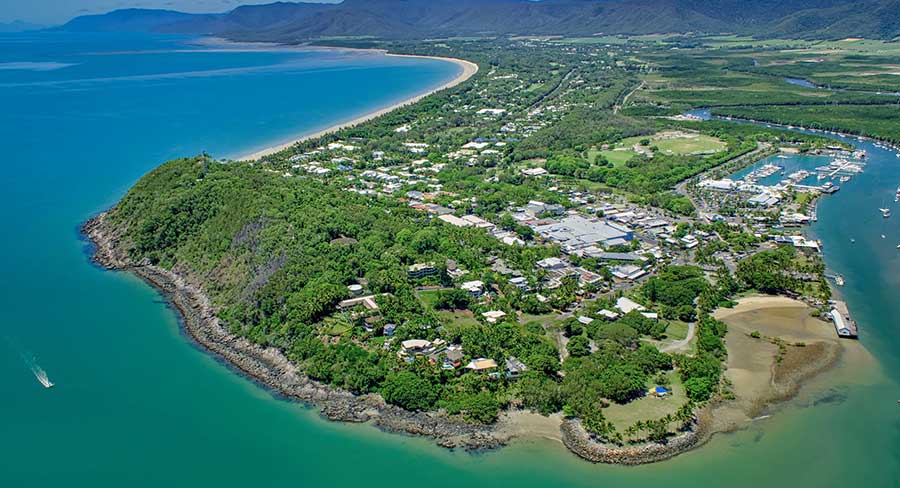 The radio station directors are Paul and Marion Makin. Paul is a former host of Today Tonight in Adelaide who also has a long radio career ranging from 2UE and 2GB to Fiveaa.

Of the FAB FM broadcasts reviewed by the ACMA, less than 10 per cent of automated programming provided tourist information. Of its four live-hosted programs, no more than 17 per cent of time was devoted to tourism information.

ACMA chair Nerida O’Loughlin said radio broadcasters must ensure they operate within the terms of their licences or licensing arrangements.

“After a thorough investigation, we found that FAB FM is not providing open narrowcasting in accordance with its licence,” O’Loughlin said.

“Licensees must comply with their licence conditions at all times. There are serious consequences for not doing so, including criminal proceedings and suspension or cancellation of the licence.”

The ACMA has accepted a court enforceable undertaking made by FAB FM to take actions to comply with its licence conditions and be monitored by the ACMA for the next two years.

When does 11 minutes feel like half an hour? asks News Corp’s Kathy McCabe.

Even actor Sibylla Budd was shocked at how much drama her new short form series Mint Condition packs into each of its five episodes.

Budd stars with Bernard Curry, Gary Sweet, Grace Champion and Damien Richardson in the series about fortysomething mum Audrey who opens a record store and coffee shop with her teen daughter after her marriage breakdown.

Short form series are enjoying their moment online and via streaming services.

YouTube has been an incubation lab for the format, with comedy proving an adaptable genre for bite-sized shows.

Mint Condition, by independent production house Boilermaker, is fast-paced and immediately engaging about dealing with teenagers (Champion), ex-husbands (Sweet) and ex-rock stars like Vince (Curry). You can watch the entire series in an hour.

Budd’s indie music fangirl character also allows the series to showcase 23 songs from 14 artists across the five episodes, a bonus for the musicians who can’t play live in the pandemic shutdown.

You can watch via mintconditiontv.com

A new content company will focus on acquisitions and distribution, with plans for Film & TV development and production, reports TV Tonight.

The group will be based out of Sydney with a further presence through its UK and LA based principals and is fully financed by London-based Genesius Pictures.

Mark Gooder and Alison Thompson said, “We have been looking for unique opportunities to expand on the success of Cornerstone Films since we launched five years ago. Australia has always been a key territory for us both personally and commercially. Challenging times often reveal unseen opportunities and we are excited to be part of this new adventure at a critical moment in the content business.”

COVID-19 has achieved what was previously thought to be impossible in racing, bringing at least temporary peace between NSW and Victorian authorities, reports The Australian’s John Stensholt.

Tabcorp will help fund Sydney and Brisbane races from its Sky Racing network onto the Seven Network’s main free-to-air channel on Saturday, where it will be calibrated with Melbourne and Adelaide races shown by rival Racing.com.

The move brings all the main races onto the one network outside of major events for the first time since the heady days of TVN, the ill-fated Thoroughbred Vision Network, which aggregated NSW and Victorian racing vision until an ugly dispute led to its collapse in 2015.

Racing.com, a joint venture between Seven and Victorian racing bodies, telecasts Victorian and South Australian racing and Tabcorp’s Sky shows most other jurisdictions, while Seven had free-to-air rights for important Saturday meets around the country throughout the year and Network Ten pays $20m annually for the Melbourne Cup carnival. Various bookmakers also have streaming deals.

Channel 7 commentators will call this year’s rebooted AFL season from a hi-tech remote bunker rather than from the ground venues in order to adhere to strict COVID-19 protocols, reports News Corp’s Glenn McFarlane.

It comes as the network’s Melbourne managing director Lewis Martin said the station was logistically “ready to go” as soon as the medical experts and the government provide the AFL with the green light to resume the 2020 season. 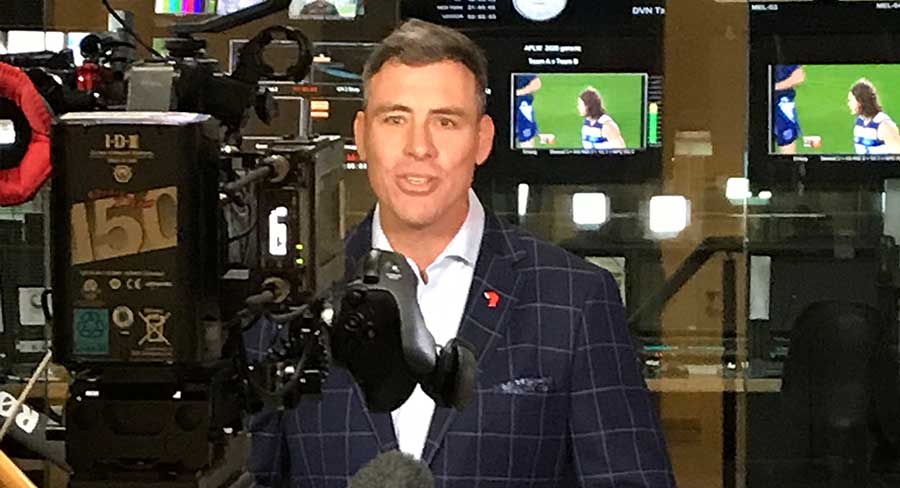 That is likely to happen in mid-June.

“The guys (callers) will be calling from a very hi-tech centre with multiple angles and statistics and with probably more facilities (than at the ground),” Martin told the Herald Sun.

“Obviously, we would always prefer to be there (at the ground), but in this environment, it is not meant to be.

“We don’t think the audience will notice too much of a difference.”

Martin confirmed the network was looking to incorporate crowd noise recordings to the broadcast, but stressed it wouldn’t be overbearing.