One of the country’s top journalists is predicting New Zealand will have fewer media outlets in six months’ time, whether through failure or mergers, reports Newshub.

The COVID-19 pandemic has obliterated advertising revenue, which most media here rely on to pay the bills, and occasionally turn a profit.

“Advertising has dropped by at least 50 percent, which probably means $1 billion to $1.5 billion has gone out of the media right now,” Jennings, who led MediaWorks’ 3 News operation for several years, told The AM Show on Thursday.

“Some of the big companies like NZME… Stuff, MediaWorks, they are really in deep cashflow trouble at the moment.”

Malcolm Turnbull: News Corporation is like a political party

News Corp operates like a political party, working closely with rightwing politicians to influence policy and elections and to destroy politicians who won’t agree to a partnership with the Murdochs, the former Australian prime minister Malcolm Turnbull says.

“I wasn’t going to run my government in partnership with Rupert or Lachlan Murdoch or their editors, and I knew [News Corp would] resent that,” Turnbull writes in his memoir, which was leaked by The Australian on Thursday.

“It attacks its enemies and protects its friends, as it did [former prime minister Tony] Abbott and as it is today protecting [Scott] Morrison to the point of ignoring big issues of accountability.” 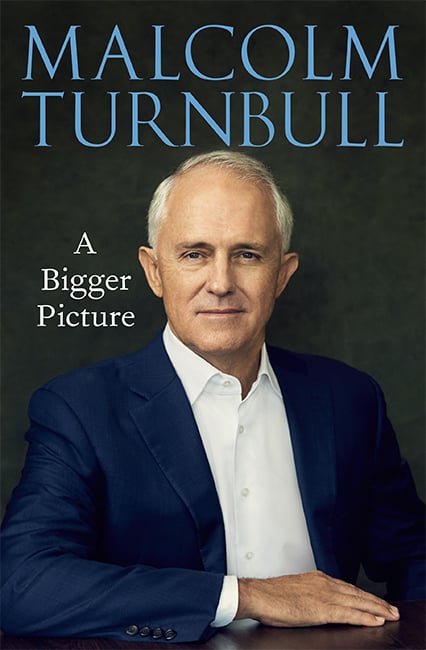 Turnbull says his fatal flaw, according to media barons, was not that he was “too liberal” but his lack of deference and his personal wealth, because all the billionaires liked a politician who depended on them.

Turnbull says he discussed the “vicious personal partisanship” of the Australian and Sky News with Rupert and Lachlan Murdoch many times but they minimised it by claiming the outlets were not influential because they had small audiences.

He said the 2GB broadcasters Alan Jones and Ray Hadley – full of “vanity and megalomania” – loved to berate and bully politicians like him who weren’t “in their pocket”.

Guardian Australia owes Malcolm Turnbull thanks – but not favours

In a revelation that may confound those who take a hyper-partisan view of politics, Malcolm Turnbull’s new memoir outlines the part he played in the establishment of Guardian Australia, reports the news site’s editor Lenore Taylor.

As Turnbull writes, in the seven years we have been operating, Guardian Australia has only rarely endorsed his or his government’s policies. 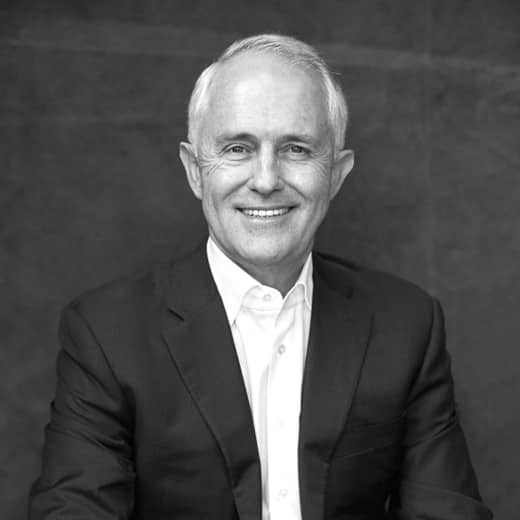 Since we are a progressive publication and he is a politician of the centre right, that should hardly come as a shock. But his part in our establishment might surprise some who approach relationships between the media and politicians on terms of mutually beneficial transactions. We don’t work that way.

In the week Federal Parliament passed $130 billion in emergency jobs funding, a much-loved legend of Channel 10 and the Press Gallery got up, and on busted knees, made his way to the exits.

Tim Sweeney is not a household name but he has seen close up every Prime Minister since Malcolm Fraser.

Every Australian, at some point, will have seen his pictures. Many of the biggest names in political journalism, Laurie Oakes, Kerry O’Brien, Paul Bongiorno, Peter van Onselen and more, have been beneficiaries of his wisdom and his work.

Tim’s departure, at 67, will leave a massive hole. At 10 News he was our last direct link with a time when TV came in two colours – black and white – and news bulletins involved no pictures, just a presenter reciting headlines directly to the camera.

MediaWorks will screen Rebuilding Paradise with Paul Henry from April 20.

The show is described as “positive yet hard-hitting show, aimed at finding the truth about where we are as a nation as we come out of lockdown and what possibilities lie ahead for us in the future”.

It will be a four-week series screening for 30 minutes, four nights a week at 9.30pm on Three.

Henry said: “This show is about something very important, rebuilding paradise. The pandemic has been bloody awful, but it’s handed us an extraordinary opportunity and it’s an opportunity we’ve proved we’re up for.

“In a few years, I want us to be a country that looks back and says that was a shitty time, but look how well things turned out.

“The glass is half full. We have a fantastic foundation in New Zealand on which we can work together and build a brilliant future. What do we want New Zealand to look like in six months? In 12 months? We get to decide. What a privilege!”

The former Network 10 breakfast host will conduct interviews and cover topics such as business, global impacts on our country, moral conundrums, health, changes to human behaviour and what the future might look like.

Henry’s return is a boost for MediaWorks, which is currently for sale.

Hannah Gadsby’s new special is coming to Netflix in May

The good news is Hannah Gadsby has a new Netflix special coming! The bad news is it’s not for another six weeks – which, in our current moment of time standing still, feels like about six months.

Gadsby’s Douglas will drop on May 26. Start marking your calendars, if that’s something you still do.

Gadsby became a global sensation when her stand-up special Nanette was released on Netflix in 2018. All of a sudden, as a country, we quickly and proudly claimed this person so many didn’t even know existed – it is, after all, a great Aussie tradition.

Nanette was hilarious, poignant and profound, a hybrid of stand-up and confessional, an emotional and bruising personal story about her experiences as a gay woman.

Douglas is the show she toured with around the world in 2019, named after her oldest doggo. Netflix quickly snapped up the rights to film and stream it, which will finally come May 26.

The Scottish judge, who has become the Channel 10 show’s breakout star, told The Daily Telegraph lockdown restrictions have kept him from properly celebrating with his family.

Zonfrillo is still filming the reality series in Melbourne while his wife and two children are in their home in the Adelaide Hills.

Social distancing means he can’t hi-five or have a drink with his fellow judges, because after filming for the day, everyone must go straight back to their apartments.

“As a human, social distancing is tough,” he said. “I’m not the only one separated from my family and friends. It’s very, very tough.”

So instead of celebratory drinks, there have been celebratory texts with judges Andy Allen and Melissa Leong.

State of Origin will be condensed into a month-lock block with Project Apollo’s preference for the blockbuster interstate series to kick off as early as the middle of July, reports The Sydney Morning Herald’s Christian Nicolussi.

Whilst there has been a lot of attention on where Origin will be played after Queensland Premier Annastacia Palaszczuk‘s reluctance for it to be played north of the border this year, one of the more pressing concerns among NRL clubs is when the actual series will be held, especially during a likely shortened season.

The preference is to start the season on May 28 and for three Origin games to be still played on a Wednesday, Sunday and Wednesday night, but over four weeks rather than the usual six weeks.

If Nine want Origin to be played after the season proper, and when there is a better chance of crowds being allowed back into stadiums, the best-of-three series would be played over consecutive weekends.

Channel 9 executives have been urged to stop delaying organisation of the 2020 NRL season, with free-to-air rival Channel 7 understood not to have made any approach about ­taking games, report News Corp’s Nick Walshaw and Brent Read.

While Nine is said to be hesitant about showing NRL games this season – having already stated publicly it will save $310 million with a cancelled competition – neither Channel 7 or Network Ten appear interested in bailing out their free-to-air rival.

Fox Sports, FFA on path to divorce after A-League instalment not paid

The 15-year marriage between Fox Sports and Australian football appears to be coming to an end after the broadcaster did not pay the final instalment of this season’s TV deal, which was due on Thursday, reports The Sydney Morning Herald’s Dominic Bossi.

It puts the final three years of the A-League’s broadcast deal in doubt after Football Federation Australia did not receive the near $12 million quarterly sum from Foxtel, the parent company of Fox Sports. Foxtel’s decision to withhold the final payment has surprised football’s stakeholders as they believed the pay TV provider was legally required to honour the final instalment of this financial year.

To many in the game, that is of little surprise. The financially embattled Foxtel has sought to offload “non-core” sports to save money since posting major losses for the 2018-19 financial year and, just last week, slashed more than 200 jobs. Fox Sports has significantly scaled back its football department and FFA and A-League clubs didn’t wait for the pin to be pulled on the TV deal, worth $57 million a year, before preparing their search for a new broadcast partner for next season.

AFL CEO indicates games could be back as soon as July

AFL games will return as soon as July, with the league to announce by the end of the month the firm date for returning to train and then play, reports The Age’s Michael Gleeson.

Games will be scheduled to return most likely in July. It is unlikely, though not impossible, that games could be back as early as late June.

The AFL season is suspended until May 31 at the earliest and the league has agreed with clubs that players could be ready to play after a three-week mini pre-season.

In a media briefing to offer an update on football, the biggest news was the pending definitive date for a return to playing this year after pessimism when the game was thrust into limbo that it might not return at all this year.

The playing hubs where games are held in several different locations, and to which clubs relocate for extended periods, appears a likely avenue to returning to play.