In recent days Rose Byrne’s production company has revealed it will film Seriously Red, about a Dolly Parton impersonator in Brunswick Heads, and last weekend the federal government announced a $21.58m grant to support Netflix production Escape from Spiderhead, featuring Chris Hemsworth, which will film on the Gold Coast, and the Toni Collette miniseries Pieces of Her, to be produced in NSW. The Netflix shows are expected to employ 770 people, reports The Australian’s Michaela Boland.

“We’re busier than ever,” Mason says. It will take some time to accrue solid statistics, and the 2020 production figures will be dented by a three-month production pause that left only TV news and a limited number of entertainment shows standing.

The second largest independent shareholder in Village Roadshow will vote against a planned takeover of the theme parks and cinema operator, in a fresh setback for the company’s private equity suitor BGH Capital, reports The Sydney Morning Herald’s Zoe Samios.

Spheria Asset Management, which owns 7.8 per cent of ASX-listed Village has said it will vote against two takeover structures proposed by the Melbourne-based buyout firm. The decision comes days after the company’s biggest independent shareholder, US-based Mittleman Brothers, increased its stake in the company to 14.4 per cent.

The two companies hold a combined 22.2 per cent of the cinema and theme parks operator, enough to block one scheme of arrangement.

The reports, which aired in October 2019, described a vehicle crashing into a house and disclosed that the residents were police officers. The reports also identified the house number and street name – with one report also including the name of the suburb.

“Privacy breaches of this nature can cause a lot of distress to those impacted,” O’Loughlin said.

“The combination of the three reports intruded on the privacy of these officers when there was no public interest in doing so.”

Under the Code, TV broadcasters are not permitted to broadcast material that invades a person’s privacy unless there is a public interest reason or consent has been given from an individual to do so.

Channel Nine has removed the material from their online platforms and apologised to the persons involved for any distress caused. In addition, Nine has undertaken to reiterate relevant Code obligations and the breach finding with relevant news and current affairs staff to ensure future compliance with the industry code.

Andrew Bolt on News Corp ‘bias’: The conservatives are outnumbered

News Corp has more balance than any media outlet now giving Kevin Rudd and Malcolm Turnbull an eager platform, comments News Corp’s Andrew Bolt as he writes about the former PMs and their crusade against ‘Murdoch bullies’:

News Corp hires many commentators and columnists of the left – Phillip Adams, Troy Bramston, Susie O’Brien, David Penberthy, Graham Richardson and Steve Conroy, among others. Its news.com.au reads like a Guardian news feed.

Even within News Corp papers, conservatives are outnumbered. Outside News Corp, they’re an endangered species.

Or name one conservative commentator on the staff of The Guardian Australia, The Age, or just about any other Murdoch critic.

It seems News Corp’s real sin is to hire any conservatives at all — a handful of columnists and presenters like me, who dare still question the global warming scare beloved of Rudd and Turnbull.

Former prime ministers Kevin Rudd and Malcolm Turnbull have challenged News Corp to co-operate with any investigation stemming from reports of “foreign interference” in a petition calling for a royal commission into the Murdoch media, reports Guardian Australia’s Amy Remeikis.

The Australian newspaper, the foundation stone in Rupert Murdoch’s Australian operations, published a report on Wednesday that the Rudd-led petition would be scrutinised by an “official investigation” after more than 1,000 names on the petition were found to be fake.

CNN’s John King: “The Magic Wall had become a part of the conversation”

CNN’s John King and his Magic Wall had viewers mesmerised during the US Presidential Election, reports TV Tonight as its speaks the US newsman:

In the space of a few hours, you became something of a sensation for viewers and commentators around the world, with so many remarking on your mastery of the Magic Wall. Were you aware of this during the last week?  What do you make of it?

JK: After the first long night – about 3:30 am Wednesday – I had half a glass of wine and was sending and responding to emails before getting a couple of hours’ sleep. From texts and a quick look at Twitter, I could see the interest was off the charts, and that the Magic Wall had become a part of the conversation. It is flattering and kind, and I am gratified if my work helps people along the journey. But I also think most of it stems from the high interest and intensity – even anxiety for some – about the stakes of this election. Our entire team works incredibly hard to build trust for these moments; we take the responsibility that comes with that trust seriously. I am fortunate to have a great tool that helps me see what is happening and use its data to take viewers through the history and context. 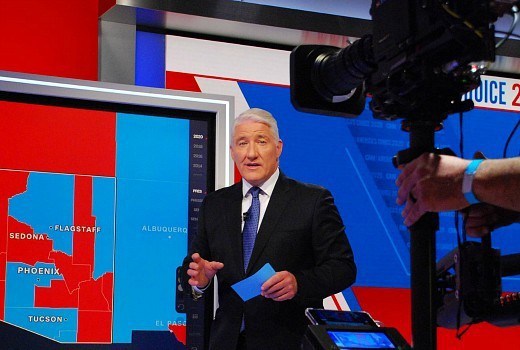 When you weren’t on air, what did you typically do during CNN’s election coverage? Did you go home to sleep? Could you sleep? Were you still working?

JK: When I was not on air, I was in the between-air blur: drive home, unwind a bit while sending out some reporting emails, sleep a bit, then wake, coffee, shave, coffee, dress, coffee, drive to work and repeat. It was a several day adventure. I can never sleep right away, it takes an hour or so for the adrenaline to come down, but that is a good window to make sure I didn’t miss anything and gives me an opportunity to send out a few questions to sources in the campaigns/key states … then sleep for two or three hours and start again.

The Block 2020: What else comes with the houses?

There are just three sleeps until Nine screens one of the biggest TV shows of the year and reveals the auction results from the five houses on The Block 2020. Today Domain’s Hailey Coules reveals what buyers get when they purchase the homes:

There aren’t many houses on the market that come fully furnished these days, nor with literally everything you need for when you move in, such as cleaning products and, arguably most importantly, wine.

But on The Block, this is exactly what the new owners will get. Indeed, one of the biggest perks for winning bidders will be all the goodies the houses are filled with.

Fox Cricket has announced a special broadcast event to preview India’s Tour of Australia featuring the biggest names in the game, Live this Friday, November 20 at midday – 12.00pm AEDT.

Gearing up for India’s upcoming Tour of Australia and the domestic season, Brendon Julian and Mel Jones will be joined in-studio by Mark Waugh and Kerry O’Keeffe, with crosses to Adam Gilchrist, Isa Guha, Pat Cummins, Ellyse Perry and Alyssa Healy. 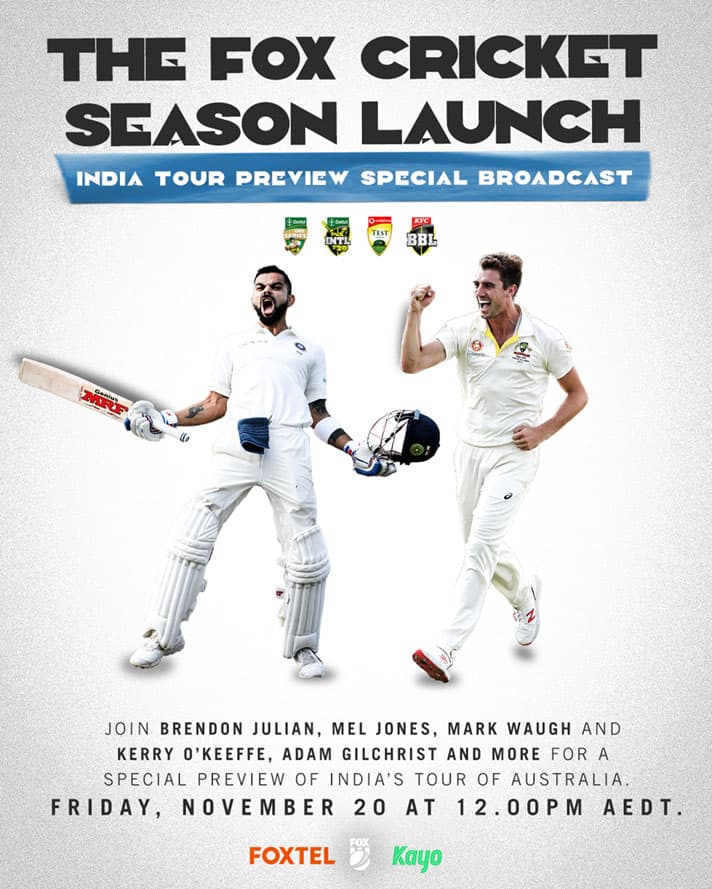 The preview program will be available live on:

The team will cover off all angles leading up to one of the biggest summers of cricket ever. Virat Kohli, Steve Smith, David Warner and Pat Cummins will all go on show here on Aussie soil, and the only place to witness every ball is Fox Cricket.