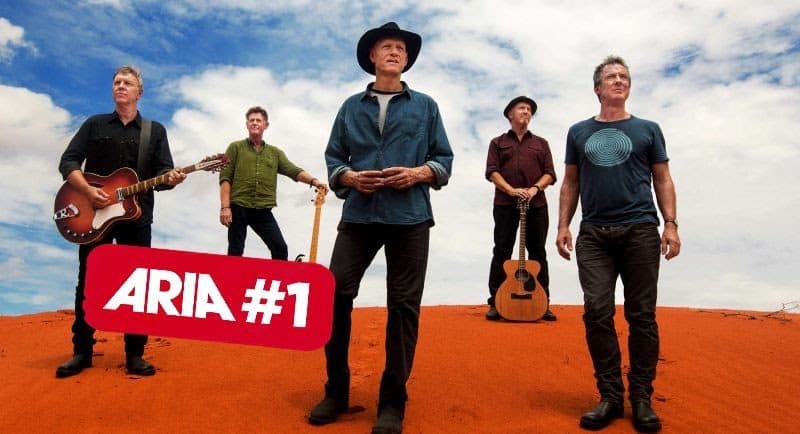 A massive week for Ariana Grande with a #1 single for a second week with Positions and the #2 album of the same name. Grande dominates the singles chart with all of the new entries with the exception of a new arrival from Onefour.
Tracks from Grande’s new album flooded the chart this week:
#9 34+35
#19 Motive featuring Doja Cat
#32 Off the Table featuring The Weeknd
#39 POV
#40 Just Like Magic
#42 Safety Net featuring Ty Dolla $ign
#45 Shut Up

The sole other top 50 chart debut was from Onefour at #28 with My City featuring The Kid Laroi.

Another Aussie artist topping the chart this week is Midnight Oil with The Makarrata Project entering the chart at #1. It is the fifth #1 album for the members of the ARIA Hall of Fame and their 14th top 10 album. The album features collaborations with Jessica Mauboy, Kev Carmody, Troy Cassar-Daley, Dan Sultan and Frank Yamma.
Since reuniting, Midnight Oil has previously charted with Armistice Day: Live At The Domain, Sydney in 2018.
The Makarrata Project is the 15th Australian #1 album on the ARIA Charts in 2020.

Dan Rosen, CEO of ARIA, said:
“Congratulations to the mighty Midnight Oil on returning to the top of the ARIA Chart with The Makarrata Project. As always, this album combines brilliant musicianship with powerful messages. They are one of the greatest bands this country has ever produced, and their success shows they are as vital as ever.”

Talk about chart renewal – the Midnight Oil album was one of seven new entries in the top 10 this week:

#2 Sam Smith with Love Goes. Smith’s third album, and his first in three years, lands just below the chart peaks of his previous albums – In The Lonely Hours #1 in 2015 and The Thrill of it All #2 in 2017.

#6: Mr. Bungle with The Raging Wrath of the Easter Bunny Demo. It’s been a while between tunes with the first album since 1999 for the US rockers. The band has scored their first top 10 after last charting with Disco Volante at #40 in 1995.

#7: Bring Me The Horizon with Post Human: Survival Horror. The British metalcore outfit chart with an EP and have plenty of chart success in the past with chart-toppers There Is A Heaven, Let’s Keep It A Secret (2010), Sempiternal (2013), That’s The Spirit (2015) and Amo (2019).

#8: Triple One with Panic Force. Chart debut for the first album from the Sydney hip hop group.

#9: Kate Miller-Heidke with Child In Reverse. The fifth album comes six years after the fourth from the multiple ARIA nominee and Australian representative at Eurovision. Perhaps it should have charted higher given the support from the high-rating Wendy and Robbie at ABC Sydney breakfast (they played it a lot last week). Her previous O Vertigo peaked at #4 in 2014 and she has had four top 10 entries from her five albums.

#10: Troye Sivan with In A Dream. The EP re-charts after its release on vinyl after first appearing here at #3 in August this year.

After all the action on the top 10, there was just one new entry lower down the chart:

#32 Like a Version 16 from Triple J. A low chart appearance from this annual release after peaking at #6 in October 2019. The highlight could be Lime Cordial with The Divinyl’s I Touch Myself.