Seven West Media’s proposed takeover of regional broadcaster Prime is in the spotlight in more than one way, reports The AFR’s Street Talk.

As Antony Catalano made good on his plans to try and disrupt the deal, the ACCC kicked off its informal merger review.

The competition regulator sent a letter to industry participants on Tuesday, seeking their views on the proposed $64 million scrip offer.

The review also set out to collect views on how the proposed acquisition would impact prices, quality, choice and service levels for advertisers and consumers.

Responses were due on November 19. ACCC set a December 18 provisional date to announce its findings.

‘The Cat’ pounces on Prime Media stake amid Seven deal

Antony Catalano has made a move to take a major shareholding in Prime Media as a potential roadblock to the regional broadcaster’s merger with Seven West Media, reports The AFR’s Max Mason.

Catalano and associates, through a number of different entities, have revealed a 10.26 per cent stake in Prime. The entities include his private investment vehicle Kirant and his friend Alex Waislitz‘s Thorney Investment Group.

“We don’t like the [Seven] deal as it is,” Catalano said. “We think there is a broader opportunity for consolidation to strengthen the position of all the media companies that are facing challenging times.”

Catalano has not made a counter-offer to Seven’s deal.

“We’ve got one transaction in front of us and that’s focusing all our attention,” Prime chairman John Hartigan said.

Antony Catalano’s blocking stake alongside billionaire investor Alex Waislitz will see the pair get a seat at the negotiation table with Kerry Stokes-backed Seven and Prime, reports The Australian’s Lilly Vitorovich and John Durie.

“I don’t think this deal by Seven achieves the best outcome for regional media, there are broader discussions that could be had that would produce a better regional media company and therefore better serve regional Australians,” Catalano told The Australian.

“Given what needs to happen in regional Australia, there’s an opportunity for a broader consolidation play, not simply allowing a metro company to buy a regional business.

“The best interests of regional Australians are served by having a very strong, robust, healthy regional media business, and the only way that’s going to be achieved is by regional media companies consolidating,” he said.

The Australian privacy commissioner has revealed it is also examining Google’s handling of personal data as the search giant prepares to fight the consumer watchdog in court over accusations it misled users, reports The Sydney Morning Herald’s Jennifer Duke.

The Australian Competition and Consumer Commission announced on Tuesday it would sue Google over claims it misled the users of the Android mobile phone and tablet operating system over how it collects location data. Google intends to fight the claims.

Contacted for comment a spokesman for the Office of the Australian Information Commissioner confirmed the organisation “continues to make its own inquiries” on Google but declined to elaborate.

The national regulator is able to undertake investigations into whether the actions of private sector or government organisations have interfered with someone’s privacy.

Liam Bartlett and 60 Minutes crew to be deported from Kiribati

A 60 Minutes crew is being deported from the tiny Pacific atoll nation of Kiribati, reports The Australian’s Ben Packham.

It’s understood the five-member crew, including journalist Liam Bartlett and producer Gareth Harvey, had a dispute with local authorities shortly after their arrival on Monday over a visa matter.

A Nine Entertainment spokesman said the crew had submitted applications for filming approval before travelling to Kiribati, but the permits had not been granted before they departed Australia.

The spokesman said the crew was not being “detained” or under “house arrest” as reported by some Pacific outlets.

“Schapelle Corby has something to say.”

Do you want to hear it? Fifteen years ago, the answer to that question was ‘yes, oh yes’, reports The Australian’s Caroline Overington.

Millions of people watched as Corby’s body began to shake, as she was sentenced to 20 years in a Bali prison. 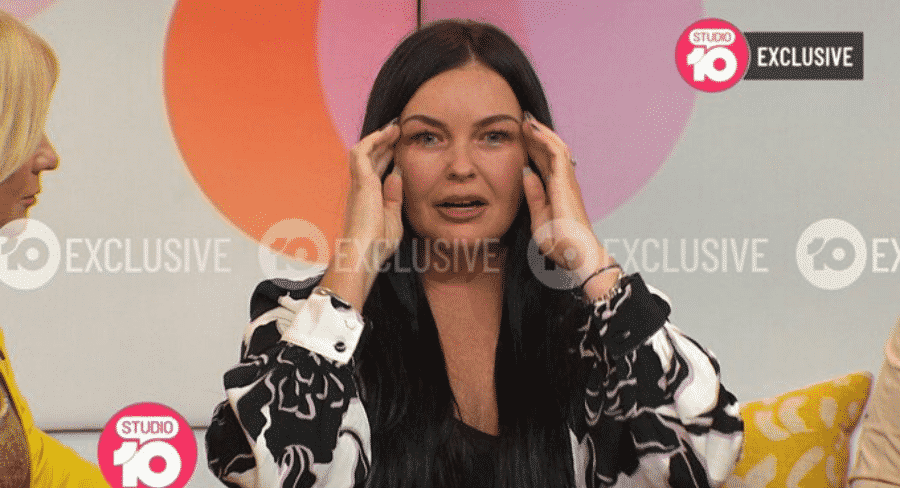 Now she’s out, and doing a publicity tour for her book. She appeared on Network 10’s Studio 10 this morning and maybe you’re thinking: ‘oh my God, I am so sick of her’.

But she is sick, too. This tour cannot be in Corby’s best interests. She was trembling and crying on set, and it was not fake. It was a terrible thing to watch. Corby herself admitted that she is not well. At times she was talking in a little girl’s voice. Then she’d be smiling. Then crying. She said she felt raw. She at one point grabbed Kerri-Anne Kennerley’s hand.

A Melbourne newspaper must wait to learn if it has successfully appealed a $180,000 payout made to a former journalist traumatised by covering gruesome crimes, reports AAP.

The former crime and court reporter at The Age was awarded compensation earlier this year for post-traumatic stress, anxiety and depression.

She covered major stories including the death of four-year-old Darcey Freeman, who was thrown off Melbourne’s West Gate Bridge by her father.

But lawyers for the newspaper argued the reporter, who has not been named for legal reasons, had been supported and was granted transfers when they were requested.

“The duty of care … requires a non-bullying environment, an employee assistance program and not forcing people to do things they say they can’t medically do,” barrister James Gorton QC told the Court of Appeal on Wednesday.

He argued employers shouldn’t intervene or ask about someone’s psychological state because it could conflict with their “privacy and internal autonomy”.

Michael Idato at Mipcom: On the lookout for the big TV trends of 2020

For four days in the northern autumn almost 5000 program buyers converge on the south of France looking for the next big thing. Swimming in a sea of reality formats, dramas and comedies, TV “stunt” shows and TV “event” shows, they’re sifting through millions of pebbles in the hope that when the sand washes away they will be left holding a pearl, reports The Sydney Morning Herald’s Michael Idato.

For some, the annual Marché International des Programmes de Communication – Mipcom, for short – is the crystal ball which offers a glimpse into global television’s trends. Scripted or unscripted? Drama or comedy? Local or international?

It might beggar belief that television network programmers will spend more time asking which shows are number one in Finland, Iceland and Greenland than listening to the mood of their own audience, but such is the strange, sometimes eccentric and often ridiculous world of television.

Some of the trends are self-evident. Of the almost 5000 buyers at the market, almost 2000 of them were buying content for digital or streaming platforms. That’s a whole lotta Hulu for a business still driven, in the main, by very earthly free-to-air broadcasters who send their programs to the audience using transmitter towers that go beep-beep.

The Masked Singer accused of stealing music from YouTube duo

Arizona-based band Halocene claimed the cover, which was performed by Kate Ceberano as The Lion on episode three of the musical guessing game, also included an original riff the band had written for one of their own songs, Why Wait?

Channel 10 have not commented on the potential copyright claims and there is no suggestion Ceberano was aware the Halocene version of the song.

Posting a 12-minute video to their YouTube page, Halocene’s Brad Amick and Addie Nicole said they published the song 22 weeks before the episode aired, and outlined exactly why they believe The Masked Singer Australia ripped their arrangement.

Along with side-by-side sound bites to outline the similarities between each song, they also shared a clip of Ceberano explaining that her song choices came from her daughter’s playlist.

“Regardless of how they came across our version, someone with the music department of the show had to go over the intricate details of our recording,” Amick said.

Doctor Doctor’s 4th season will air in the UK from mid-November, before it screens in Australia, reports TV Tonight.

The drama starring Rodger Corser was held back by Nine and will now air in 2020, after its British premiere on  UKTV’s drama channel on November 16th.

That could make avoiding spoilers somewhat tricky, at least for those looking online.

A Nine spokesperson told TV Tonight that in order to get funding they have had to change the windowing.

“Doctor Doctor has enjoyed huge international success, and our overseas partners have always played a key role in how the series is financed,” Nine said in a statement.

“With the fourth season of Doctor Doctor (known as The Heart Guy in overseas markets), the series will be broadcast in the UK before Australia. Drama is an international business and Nine and [producer] Easy Tiger are thrilled with the series’ ongoing popularity in the UK in particular.”

The big reveal, which came two hours into the event, was the cost of HBO Max: US $15 a month.

That price puts the service at the top of the market. Netflix’s standard plan costs US $13 a month. Apple charges US $5 for Apple TV Plus, which will become available Friday. Disney Plus, the service from the Walt Disney Company scheduled to start Nov. 12, will charge US $7. WarnerMedia was already charging US $15 for HBO Now, a streaming service with content from HBO.

HBO Max will offer some 10,000 hours of programming to start, much of which has been announced in recent months. One show that will not make it to HBO Max is a previously announced Game of Thrones prequel starring Naomi Watts. HBO said on Tuesday that the show had been scrapped.

Toward the end of the event, WarnerMedia announced a replacement for that series: House of the Dragon, a show set 300 years before the action of Game of Thrones. It is based on the book Fire & Blood by George R.R. Martin, whose A Song of Ice and Fire novels were the source material for the epic HBO series, and it focuses on the House Targaryen.

Another sports show axed: What’s next for Marngrook Footy Show?

“I can’t understand their reasoning, it was the most popular show on the network and brought people to NITV,” he said.

“People are just stunned. They were lining up to be on it, musicians used to call us to get on the show, players and their managers would want to come on.

“It’s a really crazy decision. Hopefully someone will come to their senses at SBS.”

Hansen said he had already fielded some interest from mainstream networks.

“It’s a decision that’s been made without any foresight. We would hope mainstream TV would be interested in it.

“It would go gangbusters if they are prepared to take a punt on a footy show for everyone.”

Hansen took to Facebook to thank the show’s loyal fans.

NITV’s channel manager Tanya Orman said: “The Marngrook Footy Show has been an important part of NITV’s schedule for 12 years. The media landscape has changed significantly over that time, and we have to make tough choices about how we spend our limited budgets across our programming.

“While it was a difficult decision to make after such a long run, NITV remains committed to delivering quality AFL coverage from a uniquely indigenous perspective.

“We are looking at formats for a new show that will join our existing sports coverage including the Northern Territory Football League, the Koori Knockout, Over the Black Dot and the National Basketball League.”