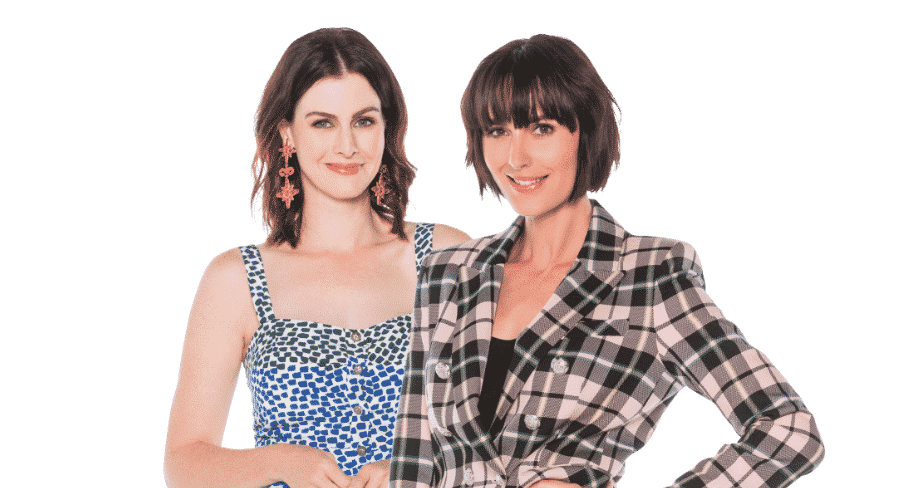 Sarah Wills and Lise Carlaw are ‘Those Two Girls’ you may listen to on a very early commute to work at 5-6am on the Hit Network. Their playful on-air (and off-air) humour has captured listeners all around the nation since 2018. Lise and Sarah shared with Mediaweek what it’s like getting up at the crack of dawn to entertain Australia, their history of live performances, and how it felt being named in Radio Today’s Top New Talent To Watch 2019.

With their like-minded humour, it would feel as if the two peas in a pod have known each other their whole lives, yet they only met in their mid 30s. “We actually should have met during our 20s after piecing together weddings we were both invited to attend, mutual friends in common, and similar career backgrounds in communications, but we didn’t meet until we were 34 and – surprisingly – it was through Facebook!” they said.

Lise added that they were both on maternity leave, so they were freelance writing to outlets at the time they met. “We both originally started out in journalism – Sarah went down the PR route for years, and I worked in event production and copywriting,” said Lise. “Mixed bag, but both a strong background in communications.” 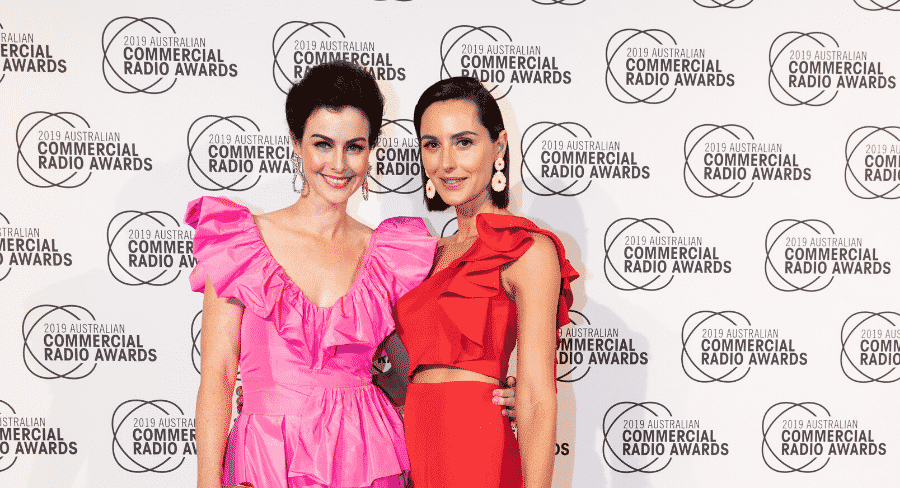 “From a performance perspective, Sarah has an honours in theatre and I modelled professionally overseas for close to a decade. That’s a little side note, but it does play into our penchant for live performance and humour. Lord knows our theatre and modelling days made us laugh regularly.”

Lise and Sarah explained to Mediaweek how their radio careers started. “We joined the Hit Network in 2017 when we were offered a weekend breakfast show on Brisbane’s Hit105.

“It was completely out of the blue given we had no radio background, but it was a welcome opportunity. We think it came down to chemistry. Gemma Fordham (head of Hit Network) got wind of the live shows we were producing in Brisbane. We’d had guests like Zoe Foster Blake and Mia Freedman, and I think she had heard good things about our on-stage presence and banter.”

In 2018, after one year of Saturday mornings on-air, they were then given the brand new timeslot of national ‘Early Breakfast with Those Two Girls’ from 5-6am weekdays.

Lise and Sarah co-host the 6-9am Gold Coast breakfast show with Dan Anstey and Ben Hannant (pictured below). “They’re both good guys, great at what they do and have welcomed us with open arms (and vice versa!).” 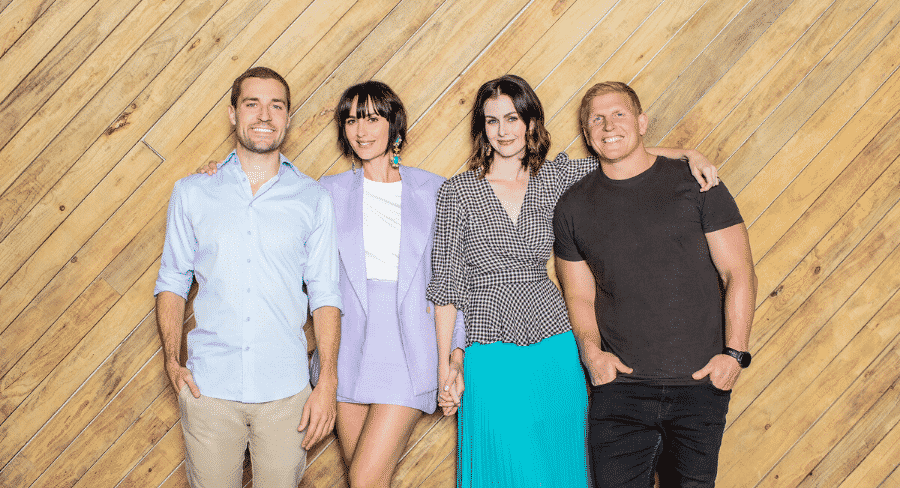 In regards to maintaining a sleep schedule to be up and ready to start off their national audience’s day with bouncing energy, Those Two Girls said their bedtime would make toddlers jealous. “It’s a case of early to bed/early to rise for these two black ducks. Fortunately, we thoroughly enjoy the teams we work with, which makes the slog of stupid-o-clock alarms well worth it.

“Generally, we’ll leave the station around lunchtime depending on workload. That gives us a couple of hours to rest or runaround before family life takes priority.”

The women were named in Radio Today’s Top New Talent To Watch this year. “It gave us all the warm-and-fuzzy feelings to be included. Every person likes to be acknowledged for their work regardless of industry, and we were no exception,” they said.

Aside from their radio gigs, Lise and Sarah also co-host live performances where they interview guest speakers using their same comedic tone and banter. The women just recently co-hosted a Business Chicks event where they spoke to Sarah Jessica Parker about her personal life, her career in acting, and her business endeavours. “It was wonderful to represent the Hit Network on stage in Sydney in front of a 2000-strong crowd a couple of weeks ago. We love live events and we love Sarah Jessica Parker, so the combination of the two was quite the thrill.

“We’ve also had the privilege of sharing a stage and interviewing the likes of Julie Bishop, Leigh Sales, Mia Freedman, and Sarah Wilson, to name a few. Rest assured, we still get nervous – you should have seen us backstage at this year’s ACRAs just before presenting a few award categories.”

In regards to future plans, it appears Lise and Sarah are more than content with where they are now. “We’ve been so surprised at our career trajectory so far – we couldn’t have planned for any of it, let alone what may be ahead of us. Staying employed in radio would be ace! We love it here and we’d love to keep going, whether that be in breakfast or drive, local, or Australia-wide.”