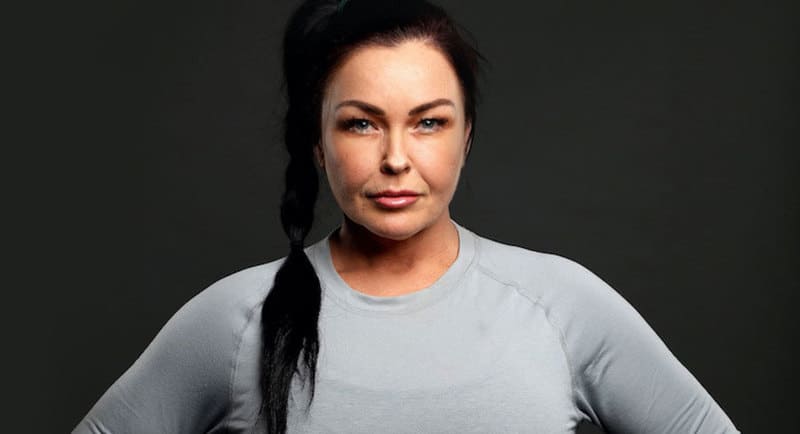 Quibi, the struggling short-form mobile video startup led by founder Jeffrey Katzenberg and CEO Meg Whitman, is shutting shut down the company after failing to find a buyer, according to a new report, reports Variety.

According to a Wall Street Journal report, Katzenberg called investors Wednesday to tell them Quibi was shuttering. That came after a restructuring firm hired by Quibi – which raised $1.75 billion in pre-launching funding – provided a list of options to the company’s board of directors this week. One of the proposals: for Quibi to cut its losses and shutter the company.

Sources told Variety that Quibi, which has about 200 employees, has set an all-hands internal meeting for 6 p.m. ET today. Katzenberg, according to a report Tuesday by The Information, had “told people in the industry that he may have to shut down the company.”

Rod Sims, the head of the Australian Competition and Consumer Commission, said he was mindful of the fact AAP was “effectively now a new player” after a consortium of investors saved it from closure earlier this year.

“We just want to make sure there is not behaviour by other players that sees it knocked out of business,” he told the National Press Club in Canberra on Wednesday.

“We will be looking very carefully at just how other players might engage with the media that might have that effect. So we will watch very carefully.”

Sims made the comments in response to questions about how he would monitor competition between News Corp and the newswire it previously part-owned, AAP.

ABC forced to pay Foxtel for rights to women’s soccer

Taxpayers ended up paying twice to fund the airing of women’s soccer games after the ABC was forced to buy rights from Foxtel, which was the recipient of a controversial $10 million government subsidy to support the sport’s coverage, reports The AFR’s Natasha Gillezeau.

In July, the federal government granted Foxtel $10 million over three years from 2020 to 2021 to provide further support for the broadcasting of underrepresented sports on subscription television, including “women’s sports, niche sports and sports with a high level of community involvement and participation.”

ABC managing director David Anderson confirmed in a Senate estimates hearing at Parliament on Wednesday that the public broadcaster had paid Foxtel for the rights to broadcast international women’s soccer matches featuring the Matildas, in effect charging taxpayers twice for access to that coverage.

Summer was slow for streaming giant Netflix, which added 2.2 million subscribers during the third quarter of the year as its earlier coronavirus-fuelled growth tapered off, reports The Hollywood Reporter.

The company had been predicting that it would see a pullback in new subscribers after a strong first half of the year as people became accustomed to life amid a global pandemic. As a result, it forecast that it would add a relatively modest 2.5 million subscribers during the three-month period from July to September.

ABC managing director David Anderson has described 7.30’s chief political correspondent Laura Tingle’s social media attack on Scott Morrison and the Coalition government as an “error of judgment’’ but the veteran journalist will not be disciplined, reports The Australian’s Lilly Vitorovich.

Tingle described a “smug” Prime Minister and “government ideological bastardry” in a tweet last week, which was subsequently deleted.

Asked during Senate estimates on Wednesday evening whether Anderson thought Tingle’s tweet was in breach of the television and radio broadcaster’s policy, he said Tingle was upset about the departure of long-serving colleague Philippa McDonald from the public broadcaster.

Anderson said: “With regard to that tweet, I think, well I know, that Laura deems that to be a mistake. I think it was an error of judgment, as I think clearly Laura did too as she took that tweet down.”

In the episode, the 17 celebrity recruits were challenged to fight one another in a boxing fight.

AFLW player Sabrina Frederick was told she could pick her opponent, and she stunned her co-stars and viewers at home when she picked Nick ‘Honeybadger’ Cummins who didn’t hold back during the clash.

“My wife and I run a foundation where we deal with domestic violence,” he said on radio. “I thought that was pretty p**s poor, if I’m being honest.

The scandal was when Guy hit his buzzer and received an extra contestant on his team.

On Wednesday, the 38-year-old singer opened up about the matter while appearing on 97.3FM’s Robin, Terry & Bob.

Guy explained how the incident was “quite orchestrated” by the producers on the show.

“I supposedly cheated on the show by pushing my button and getting an extra member on my team, and the truth bomb is, a lot of that was quite orchestrated,” he said.

“The other coaches didn’t know … but for a bit of drama cause we were dealing with COVID and everything else I got it, I understood I had to be a sacrificial lamb and be called a cheat among other things, but it was all staged.”

He said that producers told him to do it, and that he “sold it”.

Up to 15 shows to start within weeks as film, TV production resumes

Film and television production is set to rush back in Victoria, nine months after it came to a screeching halt due to the pandemic, The Age’s Karl Quinn reported this week.

The easing of COVID-19 restrictions announced on Sunday included the edict that “production and pre-production of Film Victoria-funded screen projects and closed-set feature film, television and documentaries that are filmed in Government-owned facilities” would be permitted from Monday. It came a week after the government gave the greenlight for pre-production on such projects.

Film Victoria chief executive Caroline Pitcher said as a result of these changes the state is set to enjoy a “mini recovery boom”, with $184 million of activity due to start within the next two months. “Beginning in the next couple of weeks we hope to see up to 15 go into production – television, documentary and feature film – so the majority will be able to wrap before Christmas,” Pitcher said. “It’s ambitious, but we feel confident we have the right plans to get production happening safely.”

A small number of shows that had already started filming – dramas Neighbours, Wentworth and Five Bedrooms and reality programs The Block, Millionaire Hotseat and The Masked Singer – were allowed to continue during the shutdown. But most were put on hold and Hotseat relocated to Queensland in September to finish its season.

Viewers may have been gutted by the exit of unlikely fan favourite Schapelle Corby from Channel 7’s SAS Australia, but she could potentially risk legal action if she was paid for her short-lived appearance, reports news.com.au.

Corby, who came to infamy when she was convicted of drug smuggling in Indonesia in 2005, said she went on the gruelling reality show as “part as her healing”.

The 43-year-old bowed out of the challenge in Tuesday’s episode.

While it is unclear whether Corby was paid by Channel 7 for her time on the show, a lawyer has warned she could have her earnings confiscated if she did.

That’s because of Australia’s strict proceeds of crime laws, which prohibit people from making a profit off their notoriety.

“If there was a payment to appear on the show then this could be a breach of the proceeds of crime laws,” Alison Barrett, a principal lawyer at Maurice Blackburn Lawyers, told news.com.au.

In August, Nine Newspapers reported the starting salary for contestants on SAS Australia was believed to be $150,000.

The stoush began after the former TV personality claimed he could have cured the late Royal Australian College of General Practitioners president Dr Harry Nespolon’s cancer with alternative treatments.

Fordham said the comments were deeply offensive during his 2GB broadcast on Tuesday. Evans hit back later that afternoon posting an old article of Fordham on Facebook alongside a separate article of former Nine journalist Ben McCormack.

In his post, Evans said both Fordham and McCormack had “ridiculed” him in the media and both had been charged with criminal offences.

During his Wednesday morning broadcast Fordham offered Evans some medical advice. “You may remember that once upon a time Pete Evans was fine and normal. He had a job on TV but then Channel 7 decided they did not want a bar of him. They are happy to employ Schapelle Corby but not Pete Evans,” Fordham said live on air.

“But if you must continue with your attacks… focus on me, and leave the dead man alone.”

‘We don’t have a schedule’: Seven chief worried about arrival of India

Seven West Media boss James Warburton says he is still unsure whether India will be able to make it into the country successfully in time for their $300 million tour but has promised the network will promote the Test series until further notice, report Nine publishing’s Zoe Samios and Jon Pierik.

“We love cricket,” Warburton told The Sydney Morning Herald and The Age. “We’ve got a huge amount of respect for the teams and the athletes but, ultimately, this is actually about cricket Australia delivering the quality of the product and living up to their obligations with the contract. Here we are on the 21st of October – we don’t have a schedule.”

Warburton said there was every intention to broadcast the Tests and that he hoped NSW Health would “come to the party”. CA remains hopeful of a resolution by the end of the week. However, Warburton is adamant the network needs to renegotiate the price it paid for the Big Bash League.

Seven acquired the broadcast rights to most Big Bash League games and Test matches played in Australia as part of a $1.18 billion contract with Foxtel. Seven agreed to pay about $75 million in cash and $7 million in free advertising a year, before production costs for six years.