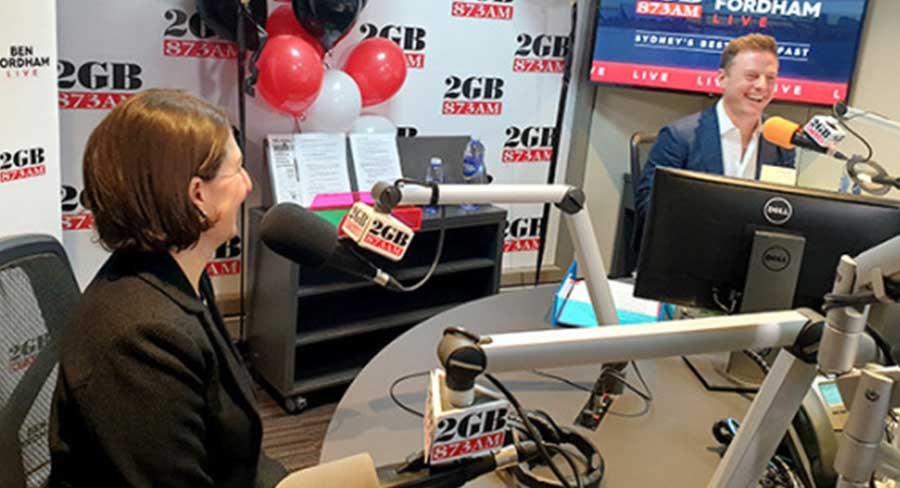 The amount of children’s programs on commercial free-to-air television will shrink from next year under new rules to be introduced by the federal government that retain overall local content quotas but give networks more flexibility over the shows they commission, reports The Sydney Morning Herald’s Zoe Samios.

Streaming companies such as Netflix, Amazon Prime, YouTube and Stan will also be asked to tell the government how much they spend on Australian content but will not be required to air a certain amount of local programs or films.

Both reforms are likely to frustrate the Australian production industry, which supports the current guidelines requiring commercial networks to produce children’s TV and has been calling for local content quotas for the US streaming giants.

Communications Minister Paul Fletcher, who will announce the changes on Wednesday, said the changes to the Australian content quotas will provide flexibility for commercial broadcasters, which have invested large amounts of money in children’s shows despite the small audiences they attract and low interest from advertisers. The changes will remove specific obligations to air shows such as Beat Bugs, Alien TV and The Bureau of Magical Things.

To support the production sector the government will announce an additional $30 million in funding to Screen Australia over two years, $3 million for screenwriting and script development and $20 million to the Australian Children’s Television Foundation. The tax offset for television programs and films will be 30 per cent, which Fletcher believes will encourage the television and production sector to commission new content.

“Our direct funding … complements what the broadcasters might choose to do,” he said. “The most popular programs for children are overwhelmingly on ABC and children are high users of downloaded content, streaming content. What we want to do is continue to support Australian high-quality children’s TV to be shown in Australia and globally.”

We need Australian stories on our screens. It’s important to Australia’s cultural identity – and, with the production sector employing 25,000 people, it’s important economically too, writes Paul Fletcher, the federal minister for communications, cyber safety, and the arts, in Nine newspapers.

That is why, for decades, there have been rules requiring commercial television networks to show specified amounts of Australian drama, documentaries and children’s content.

Meeting these “sub-quota” requirements, along with an overall requirement to show 55 per cent Australian content, costs Australia’s free-to-air television broadcasters tens of millions of dollars a year.

Yet audiences for free-to-air television are dropping sharply, down more than 30 per cent in five years. Revenue too is way down.

And in 2020 COVID-19 delivered a further revenue hit to the free-to-air broadcasters and most film and television production stopped due to social distancing rules. In response, as a short-term step, the government suspended the sub-quotas for 2020.

The producer offset for Australian-produced film and television content will be standardised at 30 per cent. Maintaining a higher level for film and a lower level for television makes no sense in today’s market.

From January 1 next year we will reinstate sub-quota requirements on commercial broadcasters, but they will be more flexible and less prescriptive.

The requirement will be in points not hours – with more points for more expensive productions. This means a stronger incentive to commission bigger-budget drama – which is more likely to be sold globally rather than only be seen in Australia.

Google Australia boss Melanie Silva says the proposed arbitration process between it and the media companies on payments made for use of their articles is unworkable, given the unrealistic numbers put on the table.

The draft news media bargaining code, announced by the Australian Competition and Consumer Commission in July, gives media companies three months to strike a deal about payment for use of their articles. If there is no agreement, a final arbitration process is put in place to decide between the most appropriate of the two final payment offers.

Silva said the size of the payments proposed by the media companies so far was unreasonable.

“This concept of final offer arbitration usually is used when the parties are very close in numbers…we’ve already seen in the last several months numbers that are completely extraordinary,” Silva told Zoe Samios in The Sydney Morning Herald and The Age.

Silva added that she expects the code, that will force it to pay news organisations for use of articles, to be watered down before it is presented to the government.

“The message from the government privately and publicly has been pretty consistent – it’s a draft code,” she said. “They want to hear from all the stakeholders involved and they want to make sure that the policy objectives are achieved.”

“We are in a public consultation period and the word draft means that they’re looking for feedback and for workable alternatives.”

Newsagents disappointed that Are Media working with Aussie Post, Aldi

Newsagent industry commentator Mark Fletcher has commented on Are Media’s revelation in Mediaweek yesterday it was expanding its retail network. Fletcher called it a move that will harm newsagents.

Magazine sales are in decline. While there was a Covid bump, it is shown to be over in states where there are minimal movement restrictions. Last year, unit sales of magazines over the counter in newsagencies were down around 12%. We know from [distributor] Ovato’s annual report that the decline was considerable across all magazine retailers.

Outside of Covid, based on current basket data, magazine sales will decline this year too.

Newsagents were essential, remained open all through, serving magazine customers and publishers. Many remained open and losing money. The timing of Are Media bringing on yet more retail outlets is disappointing.

Newsagents have put up with years of minimal change to magazine cover prices, meaning that the real GP contribution from magazines has been falling even more than the decline in unit sales.

But that has not stopped the experts at Are Media from thinking magazines should be in more locations. This is a move that will harm newsagents no matter how Are Media people try and spin it. It does not make sense to me.

CBD and Kyle and Jackie O on Seven, Mariah Carey and Australian Idol

The Seven Network is courting US superstar Mariah Carey to be a judge on talent contest The Voice, reported Stephen Brook and Samantha Hutchinson in their CBD column in Nine newspapers earlier this week:

Nine spent about $40 million on its version of The Voice, with a fair whack of cash deposited in the pockets of judges Delta Goodrem, Guy Sebastian and overseas imports Boy George and Kelly Rowland.

The fate of the judges is uncertain. But CBD has learnt that Seven West Media chief executive James Warburton, who plans to cut the program’s costs to about $20 million, is wrapping up negotiations with Carey to appear in the series next year. If successful, the signing will be a formidable statement of competitive intent against his free-to-air TV rivals.

KIIS FM Sydney breakfast hosts Kyle and Jackie O subsequently commented on the story. The show’s newsreader Brooklyn Ross then explained: “I have a bit of inside info on this too. Our friend Michael Pell, who works at Seven, has been setting up this deal with Mariah.” When questioned by the hosts why Ross was revealing his source, he replied, “because it’s in the newspapers”.

Kyle and Jackie O said: “How good would it be with Mariah”.

The hosts then also commented on the rumour that Network 10 is looking at resurrecting Australian Idol for 2021. Ross asked Sandilands if he would return as a judge if asked.

“Um…Australian Idol was the show I enjoyed the most. I didn’t like The X Factor. Idol was easy, you didn’t have to be a coach.”

Wentworth held us captive until the end, but is it really the end?

Wentworth finished filming – forever – on September 4. A few days later the set, in the western suburbs of Melbourne, started being demolished.

“The Victorian Government have plans for that site, we always had to move out of there this year,” Wentworth producer Jo Porter tells News Corp’s Cameron Adams.. “But we’ve relocated sites once before (the show’s first three seasons were filmed in Croydon.)”

The big question – is this really the end of Wentworth? The show returned to film 20 episodes to bring the hit drama to a conclusion. The first 10 episodes (filmed pre COVID) aired this year – episode 10 airs this week – with the final 10 (filmed under COVID-safe restrictions) airing in 2021.

While the show’s intensely passionate fanbase still have another year of episodes to come, there’s already wishful thinking from fans about a spin-off.

Porter is leaving the door slightly open for some kind of continuation in the future.

“Never say never,” Porter says. “It feels like this chapter of the show has finished. This season has had a big spike in audience domestically. We’re getting new audiences all the time. There’s a few characters who survive, there are possibilities but at the moment we’re focusing on this being a beautiful bow to draw a close to this chapter.”

There are plenty of surprises in Ben Fordham’s triumphant radio ratings result – his first in the all important breakfast shift, reports News Corp’s Jonathon Moran.

Perhaps the biggest surprise of all is how the 43-year-old has brought in a new generation of listeners to 2GBs more traditional mature audience.

It seems even Fordham’s bosses at 2GB were preparing for the worst after the fresh-faced breakfast host stepped into veteran broadcaster Alan Jones’ shoes so to speak.

Spin reigned in the weeks leading up to the GfK ratings results with conservative estimates playing down Fordham’s chances and predicting a figure of between 10 and 12 per cent.

Well, they got that estimate terribly wrong with Fordham registering a phenomenal 17.3 per cent of the breakfast market and making him a clear leader.

Incredibly, in the 10 to 17-year-old age bracket, 2GB as a station has increased its audience by 5.1 percentage points while in listeners aged over 65, it has decreased 5.3 percentage points.

Ben Fordham played down his 2GB win while speaking to News Corp’s Jonathon Moran after the results were released.

“It is only one survey and there are many more to come,” he said.

“I tend to prepare for the worst and hope for the best and so I wasn’t preparing for a figure like this but I am just really thankful that I have got great people around me, I have got a talented team who work their guts out every day, I put them under a lot of pressure and they rise to the occasion every morning and I am really thrilled for them because of the hard work they put in but also for our listeners.”

“It is the first radio ratings that haven’t included Alan Jones who has dominated breakfast radio ratings in Sydney for 30 years, having retired from radio,” Hadley said on air this morning.

“The expectation was it would impact on the entire radio scene. 2GB has been the number one station for over 16 years has recorded an unprecedented 127 survey victories up until today. Alan Jones turned the fortunes of this network around 18 years ago and today it is up to those here now to uphold the standards. On that basis, I am absolutely delighted to say that the figures are quite remarkable.”

Kyle Sandilands applauded the KIIS results and shared a blunt message for his rivals.

“Listen up everyone, survey results came out and yes of course, The Kyle and Jackie O Show is still obviously number one FM right across the country,” Sandilands said.

“Over on the AM network, Ben Fordham still holds the number one spot in Alan Jones’ old spot. He did pretty good but then most people who listen to 2GB don’t even know how to change the radio so how well did he do? A lot of them are on respirators so it’s very difficult for them to change the channel,” he joked.

“Well done Ben, well done us and suck it to everyone else that took a tumble in the ratings.”