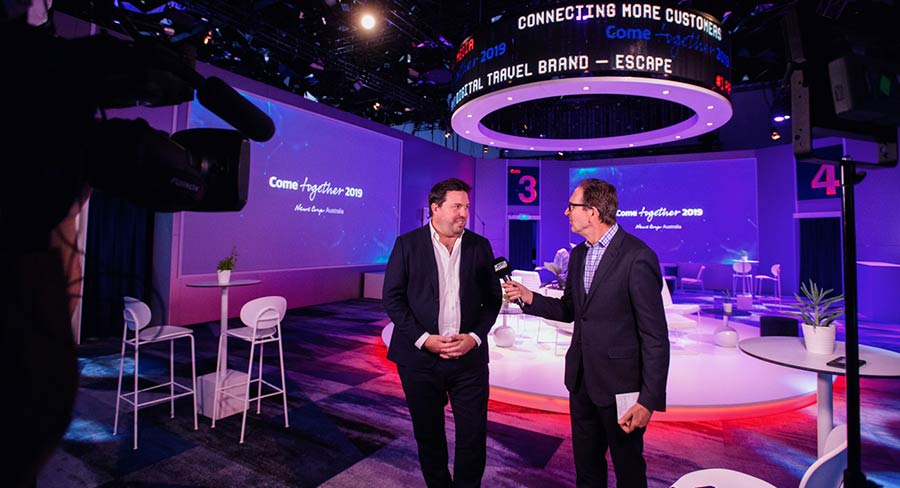 Australia’s major media companies are demanding the re-elected Coalition government keep the pressure on tech giants Google and Facebook and overhaul an outdated regulatory framework as the ABC faces cuts to jobs and services, reports The Australian’s Lilly Vitorovich.

With its finances buoyed by an unprecedented $85 million advertising election spend, the industry is also looking forward to a recovery in the broader advertising market that has seen the worst conditions since the global financial crisis.

Network 10 chief operating officer Annabelle Herd said the ACCC’s final report on digital platforms would “be the first big issue that they’re going to have to deal with, grapple with”.

“We were very encouraged by the ACCC’s first report on this, even the fact that it recognises the market power that Google and Facebook have and other digital platforms, and recognises that there are some real challengers for traditional media companies in engaging with those platforms,” Herd told The Australian.

Seven West Media chief executive Tim Worner said he wanted an overhaul of Australian content rules, which date back to the 1970s, to reflect changes across the industry and viewing habits and the regulatory imbalance against the tech giants.

“We want to get on with it and hope the government does too,” Worner said.

Waislitz’s investment plan for ACM could include News titles too

Waislitz, chair of the Thorney Opportunities Fund, told The Australian one of the first priorities once settlement of the deal was reached would be building out the content in the publications, and the way they were distributed.

“We haven’t really focused on wages or cost cuttings or anything along those lines,” he told The Australian. “Antony is a journalist himself, so he appreciates the integrity of journalism and the need for good-quality content.

“But there’s no rush. We’re not ruling anything out, but we have no plans about that.”

Catalano, who recently bought a swathe of regional newspapers from Nine Entertainment Co, has launched a technology-backed platform called The Today Business that allows property sellers to decide where to spend their advertising money using real-time data about which campaigns are working or not.

Catalano has backed the venture with a $200,000 spend and is now chairman of the company. He said building the platform had cost about $1 million and taken about nine months to build.

A major selling point of the media buying software is that a home owner, with the help of their agent, could decide to spend more or less with Domain Group (59% owned by Nine) or News Corp’s REA Group depending on which one is sending through more inquiries from legitimate buyers.

The Italian-born Mascia has been drafted to help Foxtel retain its broadcast subscriber base, at a time when it is under assault from streaming services such as Netflix and Stan, and to build its own streaming services in Kayo Sport and Foxtel Now.

Mascia says Foxtel is looking to introduce a loyalty scheme for Foxtel broadcast customers, as well as other initiatives to keep customers connected. There’s a new, streamer-like interface on the IQ3 and 4 boxes and Foxtel is close to announcing a deal to integrate Netflix on the box, similar to a deal it did for Sky UK last year.

Foxtel in talks with BBC, Discovery, NBCU on costs, streaming

Under pressure to reduce its $1.6 billion in programming costs – split 50-50 between sport and other content – Foxtel is examining its key channel partner contracts as they come up for renewal. The cost drive comes as Foxtel battles declining revenue and earnings.

The AFR’s Street Talk reports the busy buyout firm Pacific Equity Partners (PEP) has teamed up with cinema owner Hoyts in assessing an offer for Next Capital’s bowling alleys and mini-golf owner Funlab.

It is understood PEP and Hoyts are looking at a potential 50/50 joint venture to consider such a move, although sources stressed it was early days. They are in the auction’s second round, and advised by UBS, in an indication that preparations are starting to ramp up.

Funlab, which is up for sale via Citi’s investment banking team, was pitched as a $30 million a year company at the EBITDA line. Potential buyers were told revenue was up three times to $145 million in the past three years, earnings were up fourfold and its EBITDA margin was running at 21 per cent.

Seven, Nine to spend $22 million for TV towers after stoush with 10

Seven and Nine will pay $11 million each to become joint-venture owners of TX Australia, which was founded in 1999 to handle all three networks’ metropolitan broadcast transmission towers, leaving Ten to find a new way to broadcast its channels around Australia. Nine is the owner of this masthead.

This means Ten is required to make a decision about whether it will pay TX Australia to access its infrastructure to provide crucial broadcasting services across Sydney, Melbourne, Brisbane, Perth and Adelaide. The business has 67 sites across the country.

Alternatively, Ten could pay for the services of another company like Broadcast Australia, which is used by SBS and ABC.

The International News Media Association (INMA) has elected Damian Eales, chief operating officer of publishing at News Corp Australia, as president of its board of directors.

Eales has sat on the INMA board since 2014 and has served as vice president for the past two years. Eales also sits on the board of NewsMediaWorks.

“It is a real honour to be elected to this role at an inflexion point in the prospects for news media all around the world,” Eales said.

“The best news media businesses have weathered the storm of digital disruption and are now exploiting digital capabilities to power growth, engagement and grow new capabilities.

“The great thing about INMA is its character. Our international publisher members are universally willing to share best practice towards collective success.”

Also elected to the INMA board of directors is Chris Janz, managing director of publishing at Nine. Janz is also a member of NewsMediaWorks’ board.

“We are big fans of INMA and we leverage their ideas, initiatives and the network of news media professionals involved. It is great than INMA will now be helmed by Damian who is an enthusiast and a sharp strategic thinker.” 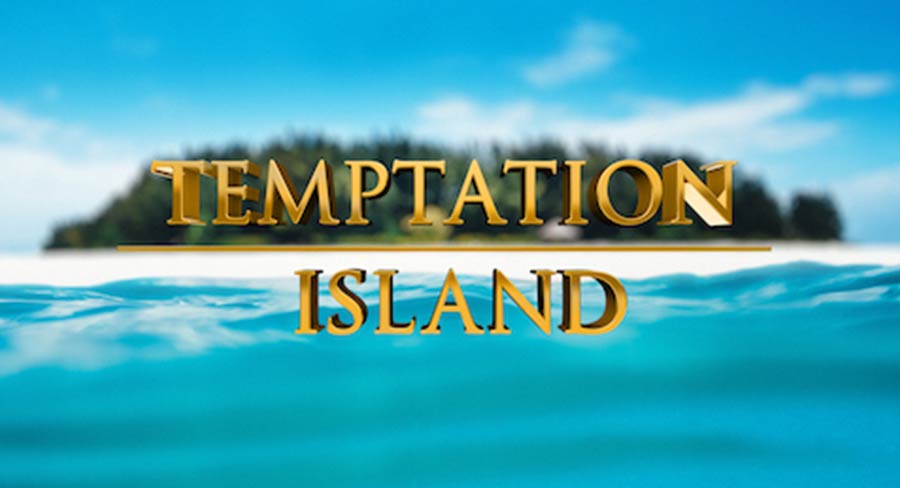 Seven has announced it will reboot Temptation Island.

The series follows four dating couples at a pivotal time in their relationships, where they must mutually decide if they are ready to commit to one another for the rest of their lives – or go their separate ways.

Together, the couples travel to an island paradise where they live the “single life”, housed separately with a bunch of sexy singles who try to tempt them away from their relationships. In the end, will the couples leave together? Will they leave with one of the island’s “tempters”? Or will they break up and go home alone?

“It’s a fascinating exploration of the familiar vs the fantasy relationship. Most of us have an ideal mate in mind and Temptation Island actually allows participants to meet that person and compare it with their present relationship. It then asks the question, will they stay or stray?”

Temptation Island is a Banijay Group/Screentime format. The original Australian series aired on Seven in 2002. The reboot will be produced by Seven Studios. Matt Apps, who is best known for his work on multiple seasons of Seven’s My Kitchen Rules, is executive producer.

Michael Idato: Is Game of Thrones the greatest TV show of all time?

As the flames lashing the fictional world of Westeros flicker out around the last two pieces on Game of Thrones’ blood-soaked chessboard – mad queen Daenerys Targaryen and uncrowned king Jon Snow – we are left with one lingering question.

Is GoT the GOAT?

Many will be quick to proclaim it the Greatest Of All Time. But such an honour comes with one powerful caveat: HBO’s magnum opus fantasy drama isn’t the first television show to lay claim to the mantle and it won’t be the last.

At different moments in our shared cultural history many television programs have burned out like supernovas, red hot fireballs of conversational dust and zeitgeist.

When it ended the legendary Korean War comedy M*A*S*H was undoubtedly the greatest show of all time. So too the gut-punching finish to The Mary Tyler Moore Show. And the brilliantly dark Seinfeld.

To that list we must add Aaron Sorkin’s peerless political drama The West Wing. The incomparable The Wire. The Sopranos. Breaking Bad. Arrested Development. Twin Peaks. Deadwood. Curb Your Enthusiasm. The Crown.

And so you begin to see the emerging problem.

Controversial Channel 7 quiz show host Andrew O’Keefe is due back on air next month, two months after being suspended due to “emotional exhaustion”, reports News Corp’s Briana Domjen.

The Sunday Telegraph revealed in April the long-time TV personality would be taking extended leave to deal with a long-term health crisis.

However after working through his personal issues, The Chase host has signalled he is ready to get back into the production groove.

O’Keefe is to commence filming new episodes of The Chase, which will be a series of celebrity challenges, in the first week of June in Melbourne.

The Sydney-based publicity machine has never been afraid of a headline and has turned the cameras on the innermost workings of her professional and private life.

Filming recently wrapped on the project, which is expected to be seen on Channel 10 later this year.

“For a long time there have been talks of a reality TV show,” Jacenko said, while in Melbourne to host the Bianca and Bridgett AW19 collection launch.

“It happened with Channel 7 in terms of a pilot about 10 years ago, more recently there have been camera crews following me around but for what I am not allowed to say.”