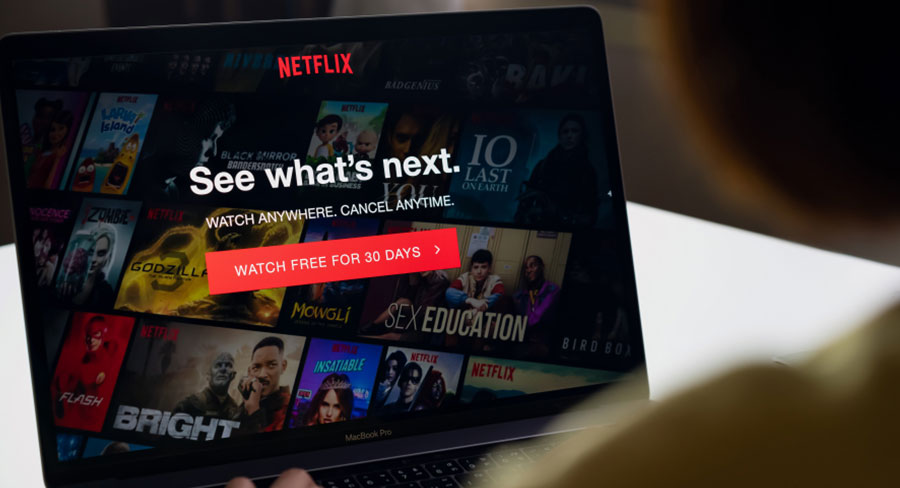 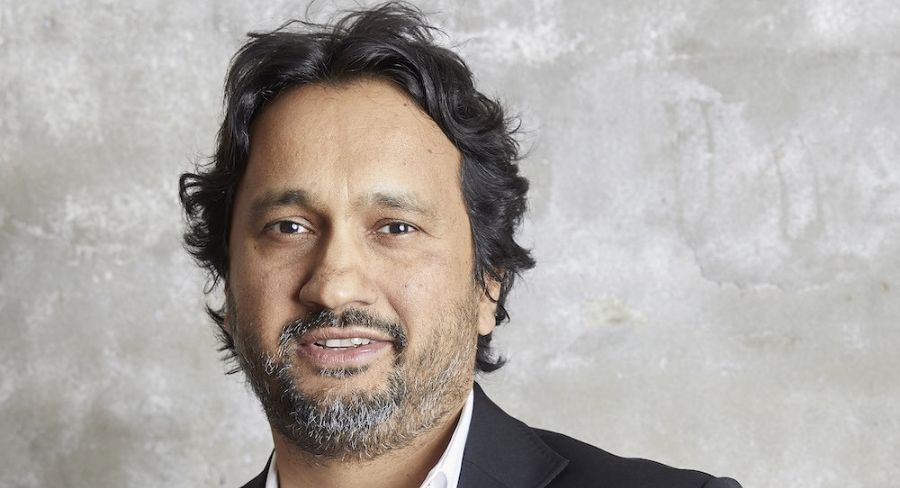 Rebelo said: “Through the fusion of Performics and Mercerbell, we’re combining the science of intent and powerful creativity to deliver measurable change to clients’ businesses. It’s a unique alchemy that will further amplify the market-leading capabilities of both agencies.

“As a technology company at heart, Performics has the ability to leverage years of academic research on consumer intent in order to influence people’s purchasing behaviours and drive revenue for clients. At Mercerbell, the team are experts at creating experiences that change behaviour. Not only is there an obvious synergy between the two, but when you bring performance and experience, or intent and creative together, it creates a multiplier effect.”

The development follows the joint appointment of Performics and Mercerbell to Collective Wellness Group’s Anytime Fitness brand at the end of last year. The two agencies have been tasked with developing and executing the fitness brand’s omnichannel marketing strategy across B2B and B2B2C environments. Both agencies also work on the Toyota Financial Services account.

Tonelli said: “As our customers increasingly look for one solution across media and creative, the coming together of the Mercerbell behavioural science creative approach and Performics’ intent-based media capability presents a potent combination for the market. I could not be more excited to be working with a fantastic leadership team and an amazingly talented group of people to deliver intent-powered ideas for our customers and beyond.” 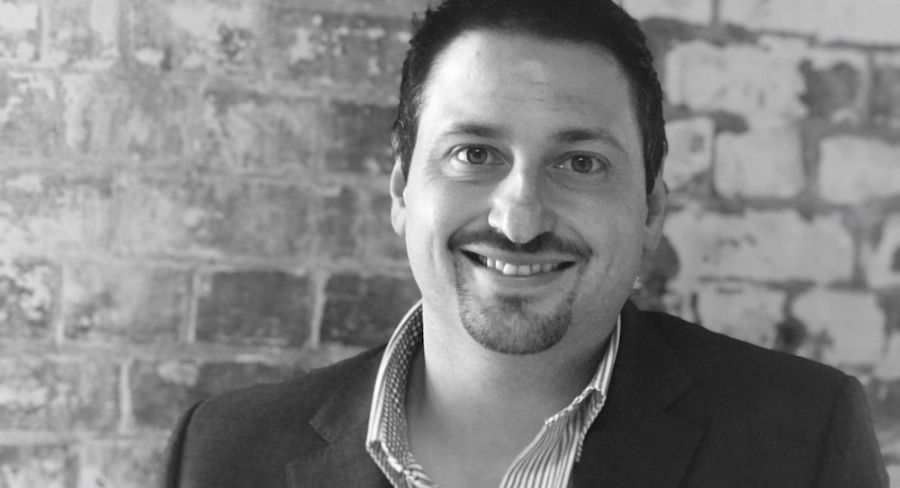 Meanwhile, Julie Dormand, CEO of Mercerbell has decided to leave the business to pursue new opportunities, after 20 years with the agency.

“The passion and dedication Julie has invested into Mercerbell over the years has earnt her the respect and trust of her many peers, as she has progressed through the ranks to CEO,” said Rebelo. “I appreciate her desire to seek out a new challenge, and I’d like to thank Julie for her contribution and leadership, and wish her great success in her next venture.”

“The new agency will deliver even more insight, capability and best-in-class performance media. The awesome leadership team have come together to deliver on this exciting future. Jason Tonelli – the team are lucky to have you guide them into the future. I have no doubt about the future success of Performics Mercerbell, and I will be the first person cheering on the team as they grow. Thank you to Nick Mercer, David Bell and Mike Rebelo for believing in me.”

ABC, SBS under threat in regional Australia over repair charges

ABC and SBS are at loggerheads with Regional Broadcasters Australia over maintenance and repair charges for broadcast equipment, previously done for free, has led to more than 400 residents of Goulburn, NSW, not having access to the public broadcasters and threatens coverage across regional and remote parts of the country, reports AFR‘s Max Mason.

Regional Broadcasters Australia Holdings had been retransmitting the ABC and SBS signals and maintaining equipment for free. The impasse between the public broadcasters and RBAH could spread further.

Police are interviewing overseas witnesses in their case against celebrity manager Titus Day after he was accused of defrauding Guy Sebastian of more than $1 million, a court has been told, reports News Corp’s Derrick Krusche.

Day, 46, of Bondi, was mentioned in the Downing Centre Local Court on Thursday after being charged with 61 fraud offences against his former star client dating back to 2013.

According to a police fact sheet, Day was “calculating” when deciding which amounts of money to redirect and which amounts to actually pay The Voice judge when managing his career.

The police fact sheet alleges an overseas company called Premier Muzik made 24 payments into a “trust account” for the services of Mr Sebastian between 2015 and this year, but only five of these payments were actually paid through to the singer.

The other 19 payments were either kept in the account or diverted into unknown accounts, police allege in the fact sheet.

“The amount totals over $1 million dollars — this is a significant amount of money,” police allege in the documents.

Police prosecutor Malek Alzaim asked the court for an adjournment because officers still needed to gather statements from witnesses who were overseas.

Competition tsar Rod Sims will not change key elements of a draft regulatory code that would force Google and Facebook to pay news outlets for their content, despite pressure from the tech giants to water it down, report SMH‘s Lisa Visentin and Zoe Samios.

Sims said arbitration and non-discrimination rules were the “glue” holding the news media bargaining code together and would remain in the final version handed to the Morrison government early next month.

“The code will change. It’s a draft. A draft is meant to elicit comment and we’ve got a lot of comment,” Mr Sims said during a digital panel hosted by The Australia Institute.

“But the core of the code can’t change. You need an arbitration mechanism. You need a non-discrimination clause. They are the bits of glue that hold the code together that make it workable.”

“What we want to do as we grow is develop content in many countries, and have all of that content be shared, which is possible on the internet and a lot harder on linear television. Nobody wants homogenous storytelling,” Hastings says. “Whether it’s our Spanish consumers or Australian consumers or Polish consumers – they want to see some of their stories.”

Legendary local television producer John Edwards says the local industry is “carrying a sense of dread” about the potential quota removal. Almost none of his hit shows – from Offspring to The Secret Life of Us and Love My Way – would have been made without the current quota, he said, which compels free-to-air broadcasters to screen at least 55 per cent Australian programming each day. “Most shows fail. A quota forces a fair lot to be made despite that risk,” he says. “If you don’t have that – if it’s unregulated and controlled by a couple of oligarchs – you’re not going to get the breadth of programming we need, and what we see on screen won’t reflect our country.”

Australia has secured a strong opening to its 2020 Emmy campaign, with cinematographer Greig Fraser winning an award in the cinematography for a single-camera, half-hour series category, reports The Sydney Morning Herald’s Michael Idato.

Fraser and New Zealand-born director of photography Baz Idoine won the award for their work on the critically acclaimed Star Wars series, The Mandalorian.

The series, which airs on the Disney+ streaming platform, is set five years after the events of the film Return of the Jedi – the sixth chapter of the nine-film Star Wars saga – and follows the adventures of a Mandalorian gunslinger named Din Djarin.

A number of camera operators at TCN9 are being made redundant as the network moves to its new home in North Sydney, reports TV Tonight.

Nine studios in the new North Sydney headquarters are evidence of increasing automation in the industry and the broadcaster is consulting with camera operators on redundancy. Shows regularly produced at the historic Willoughby site largely comprise Nine News, Today, Today Extra, A Current Affair, 60 Minutes and various Sport programs.

TV Tonight understands the number of affected roles is less than 10, but Nine is not alone in the transition to automation, which has been impacting camera departments for years.

Nine Entertainment Co has not submitted a formal bid for Rugby Australia’s new broadcast rights package despite the governing body indicating to other bidders that it has made a formal offer, report The Sydney Morning Herald’s Tom Decent and Zoe Samios.

Sources with knowledge of negotiations said RA reached out to Nine on multiple occasions to gauge the broadcaster’s interest in showing Wallabies matches and Super Rugby games on its television network and streaming services 9Now or Stan.

However, the media company has not expressed a formal interest in the rights, made a bid or discussed how much money it would be prepared to pay to broadcast the 15-man code.

The discussions between Nine and RA were informal and while Nine boss Hugh Marks has previously said it was not a priority for the network given its focus on rugby league, tennis and a potential foray back into cricket, a deal cannot be completely ruled out.

A ceasefire has descended upon cricket’s broadcasting war, but it remains a race against the clock to avoid a legal showdown, reports News Corp’s Ben Horne.

Both Cricket Australia and Channel 7 reported constructive talks were had in their crunch meeting on Thursday, in the first sign the governing body may be ready to work towards striking a new deal with its disgruntled TV partner.

It’s a positive development for the game following a tumultuous week which started with Channel 7 commencing the process of terminating its $450 million contract, before the network and Fox Sports escalated the drama again by only partially paying on their multi-million dollar TV rights instalment.

Sources from both Seven and Cricket Australia say it felt like the intensions were there at Thursday’s meeting in Sydney to work constructively and try and avoid that alarming D-Day in court.

But the $1.2 billion question is, can it happen?

So far both parties have been at polar opposites in their position, with Channel 7 furiously claiming that the summer – particularly the BBL won’t deliver on value – while, Cricket Australia has maintained all along that it would uphold its end of the bargain and deliver a full and glittering schedule.

Cricket Australia’s plan to turn the Big Bash League into a travelling roadshow has met a roadblock, with Foxtel keen for a genuine home and away season so that a party atmosphere remains at games, report Nine Publishing’s Andrew Wu and Jon Pierik.

As the sport’s governing body and Seven West Media called a brief truce in their high-stakes feud, after what both parties described as a “constructive” meeting on Thursday, it has emerged the structure of the BBL is a bone of contention between Jolimont and its pay-TV partner.

CA’s top brass will meet Foxtel executives on Friday for the first time since the pay-TV network paid only a part of its instalment on Tuesday.

CA’s plan to take BBL hubs, or “villages” as they are being called by administrators, around the country has not been welcomed by Foxtel executives, according to a source familiar with the issue.